The U.S. Coast Guard and Global Diving and Salvage have removed and scuttled the  derelict tug Lumberman, which has been a chronic nuisance at the port of Juneau's Gastineau Channel for years.

The Lumberman, a 190-ton tug built during World War II, was abandoned by her owners in 2016. She was moored for storage at a cruise dock owned by the City of Juneau, and the Coast Guard and the city have been working for years to clean up the hulk for disposal.

Coast Guard Sector Juneau used the Oil Spill Liability Trust Fund in 2017 to remove potentially-polluting petroleum products from the tug. The Coast Guard responded again in 2020 to secure the vessel when it went adrift in Gastineau Channel.

To ensure a permanent solution, the city pursued permission to scuttle the vessel and hired Global Diving and Salvage to remove hazardous material and about 250 cubic yards of debris from within the hull. Global Diving also conducted a stability assessment and prepared the Lumberman for sinking.

Late last year, with this work completed, the port obtained an EPA permit to sink the vessel offshore. The only remaining piece of the puzzle was finding a tow to bring the tug to its final resting place - and Sector Juneau offered to provide the service. 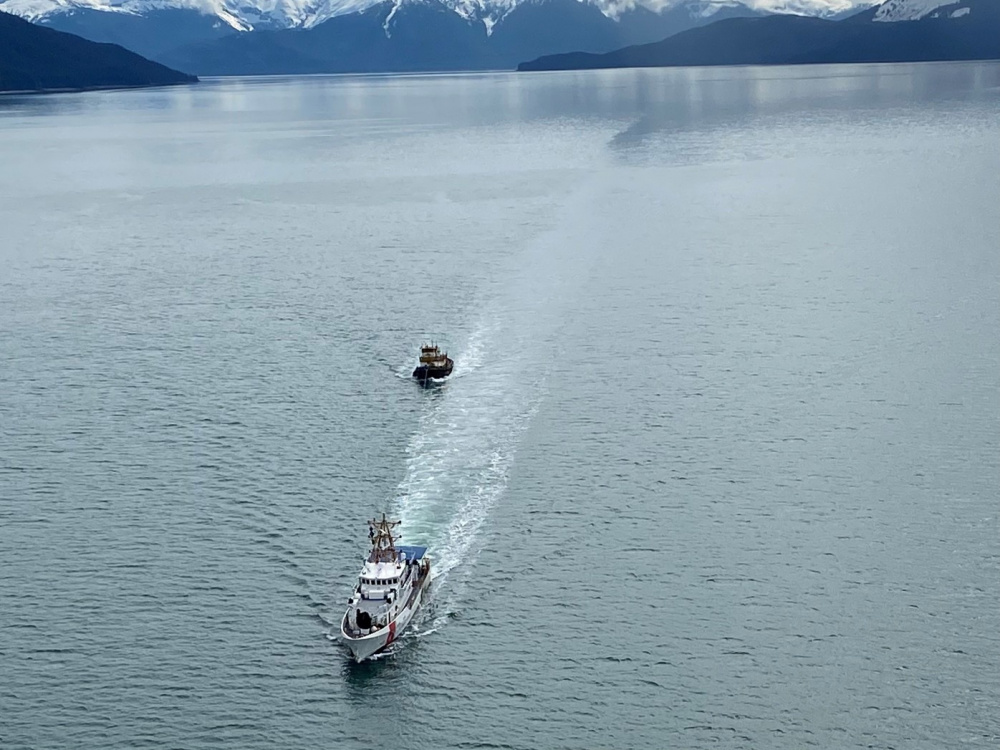 On Sunday, the 154-foot cutter John McCormick towed the Lumberman to a position about 50 nm to the west of Cross Sound, where the tug was sent to the bottom in 8,000 feet of water.

“Nuisance vessels are a challenge to address. In this case we were able to coordinate the appropriate resources to safely remove the threat Lumberman posed to navigation, the local environment and the community of Juneau,” said Cmdr. Byron Hayes, Sector Juneau response chief.

Derelict tugs and other abandoned vessels have been a persistent problem in Alaskan ports. In 2018, the Alaska state legislature passed a law requiring owners of tugs and other workboats to register them with the state's department of motor vehicles, making ownership and liability easier for officials to track. The law also makes it simpler to seize and impound abandoned vessels.