The U.S. Coast Guard rescued six fishermen and an NOAA fisheries observer from a burning boat eight miles off Ko'Olina, Hawaii on Tuesday.

Coast Guard Sector Honolulu received a VHF mayday call at about 1630 hours from the crew of the commercial fishing vessel Miss Emma, who reported that they were fighting a fire onboard.

Sector Honolulu broadcast an alert to mariners and directed the launch of a response boat, the cutter Joseph Gerczak, an HC-130 Hercules SAR airplane and an MH-65 Dolphin helicopter.

Ultimately, the six members of the Miss Emma's crew and a shipboard NOAA observer abandoned ship into a liferaft. A Coast Guard Station Honolulu response boat crew was the first on scene and rescued all of them at 1705 hours, barely more than half an hour after the mayday. They returned to Honolulu's Pier 38, where they were met by a medical team, USCG first responders and personnel from Customs and Border Protection. No injuries were reported. 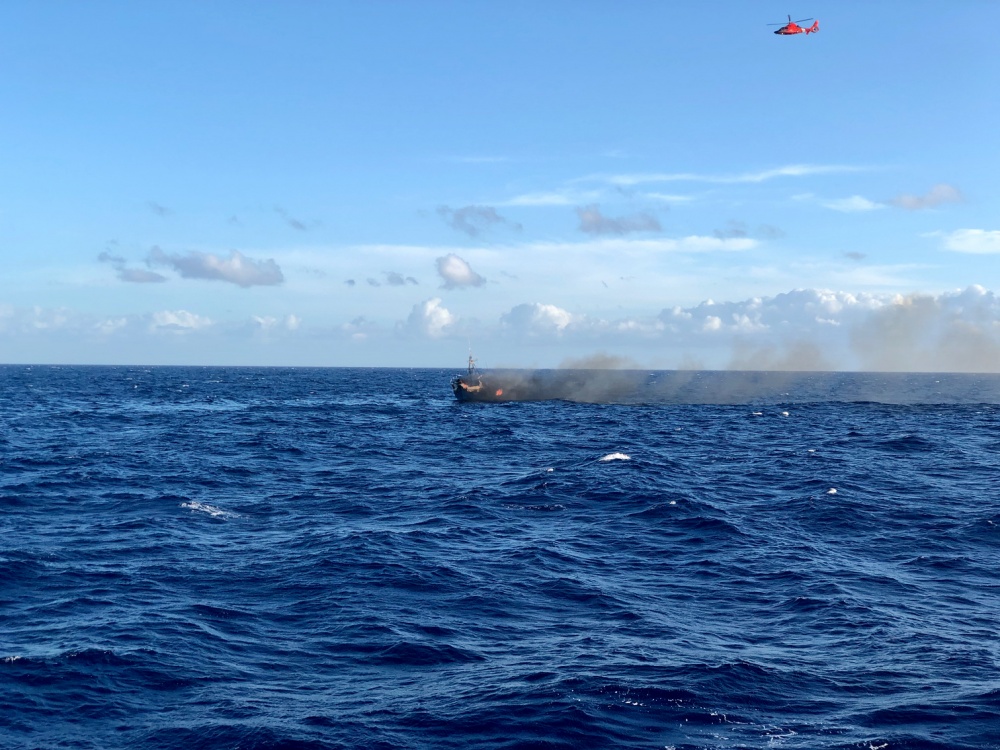 The Miss Emma on fire (USCG) 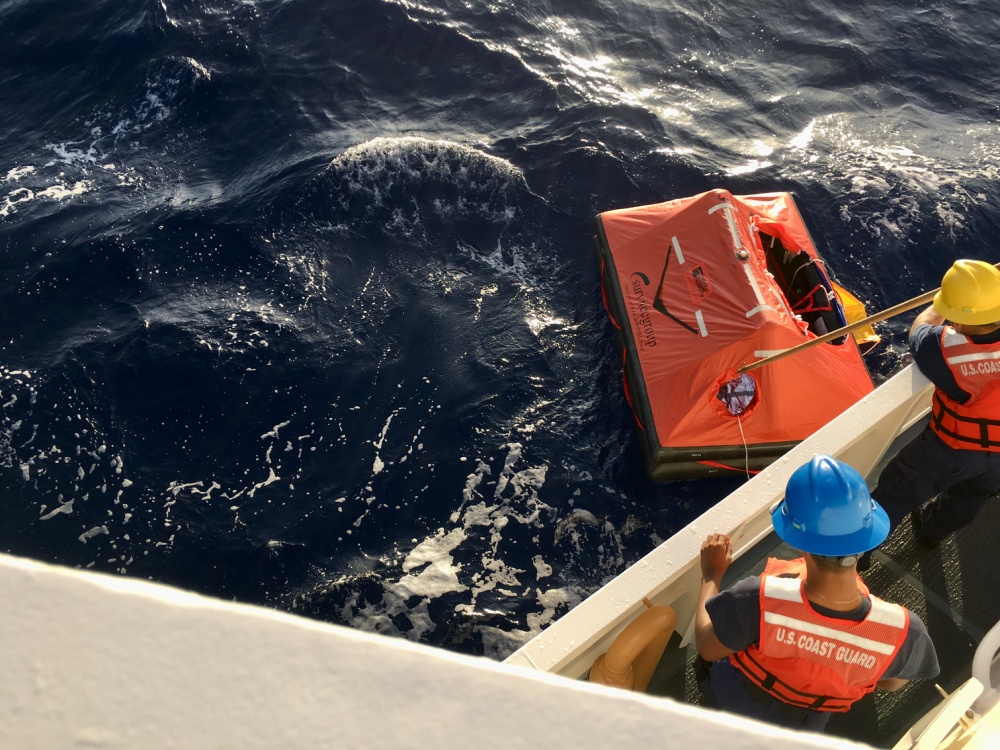 "We are so pleased to have this crew safe in less than an hour after the initial call," said Lt. j.g. Seth Gross, command duty officer, Coast Guard Sector Honolulu command center. "The quick action of this crew, coupled with our training, made all the difference.”

After the rescue, the Miss Emma remained on fire and adrift. The crew of the Joseph Gerczak recovered the liferaft, and Coast Guard assets remained on scene to monitor the wreck. Salvors were still attempting to extinguish the fire on Wednesday morning, according to local media.

The Coast Guard has begun an investigation into the cause of the fire.