The U.S. Coast Guard was called in by the local fire and police departments to assist with a fire on a jack-up rig that was being decommissioned near Sabine Pass, in Port Arthur Texas. Nearby residents became suspicious when they saw smoke coming from the rig which was at least 300 feet in the air and they began calling the local emergency services as the smoke increased and grew darker. The dredge boat Ohio operating in the area also saw the fire and radioed a report to the U.S. Coast Guard.

Port Arthur Fire Department was the first on the scene and with the police determined to call the U.S. Coast Guard after learning that there were nine workers on the platform. According to PH Steel, owners of the offshore mobile drilling rig named Pride Wisconsin the crew was aboard working to dismantle the decommissioned rig. 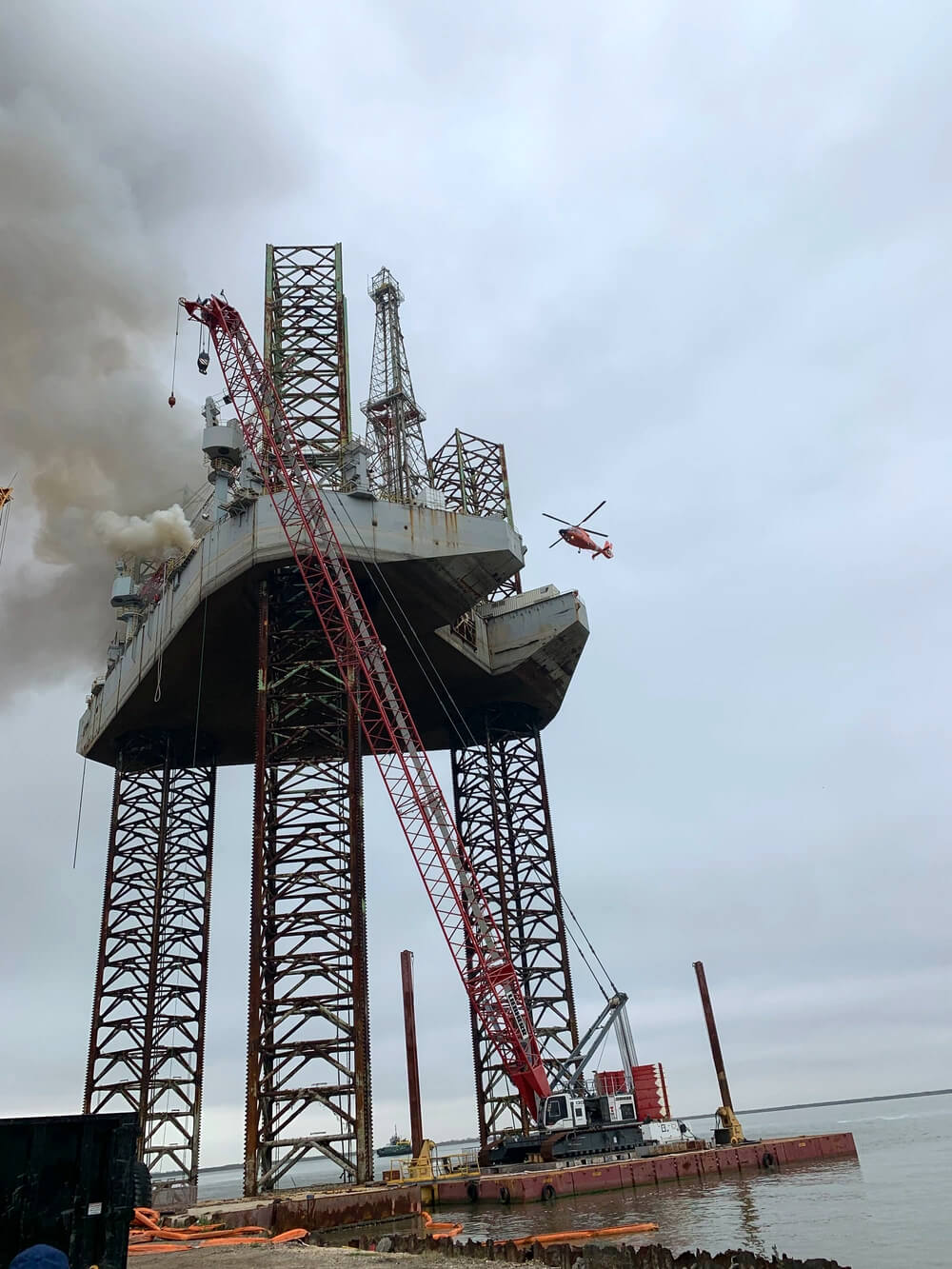 Flames could be seen shooting from the rig as well as smoke. The owners reported to the local newspaper that at least one propane bottle was aboard which exploded in the fire.

Due to the inaccessibility of the platform, the Port Arthur Fire Department permitted the fire to burn itself out. They said it is still smoldering and that they were maintaining a fire watch but there is no danger and that there was no pollution from the incident.