The U.S. Coast Guard and the National Transportation Safety Board are investigating an incident during which at least 20 shipping containers fell into the ocean near Hilo, Hawaii.

Pictures and accounts of the incident issued on the personal Facebook page of Hawaiian State Senator Kaiali'i Kahele showed numerous containers had fallen over on the barge. 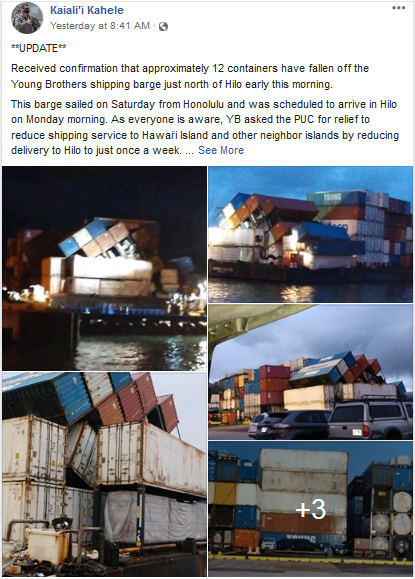 According to the Coast Guard reports, the tugboat Hoku Loa was transiting to Hilo Harbor on June 22 when the containers feel from the barge that it was towing.  The tug operator realized the containers were missing after mooring in Hilo and at 4:30 a.m. local time reported the incident to the Coast Guard. At the time of the incident, the weather was east winds at 12 mph, waves to 4 feet with a south swell at 3 feet, and isolated showers.

It was later determined that 21 40-foot shipping containers had fallen overboard. Nine of the containers have been located with 12 remaining missing adrift approximately 8 miles north of Hilo.  One container was reported adrift in Hilo Harbor. 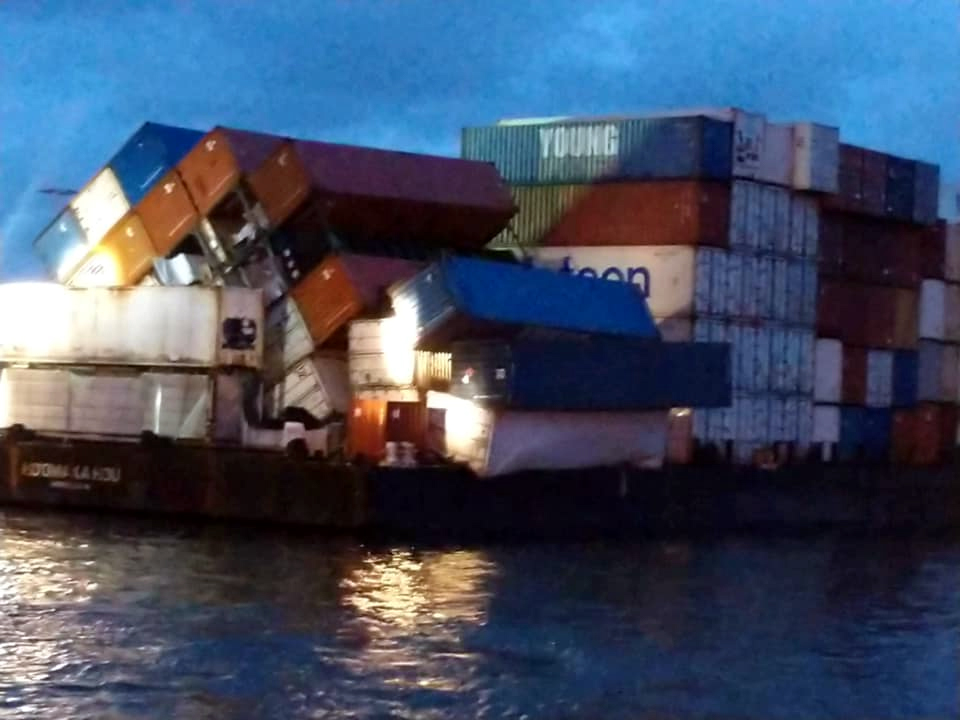 The vessel’s operator, Young Brothers, issued a brief statement says that it was investigating the incident during which one of its barges lost several containers overboard during a trip between Honolulu to Hilo. ”We are actively working to remediate the situation in coordination with the United States Coast Guard and other Federal and State agencies. A salvage company was secured at daybreak and they immediately began removal of any containers from Hilo Bay. No hazardous materials were discharged into the ocean.”

Since damages from the accident are estimated to exceed $500,000, the US Coast Guard has declared this to be a major marine casualty.  The NTSB told the state senator that it will be investigating this accident in conjunction with the Coast Guard but typically NTSB investigations take 12-18 months to complete.

The senator speculated to local Hawaii media that the incident might have been caused by overloading the barge, which he suggested could be because the shipper has reduced its barge runs to once a week. 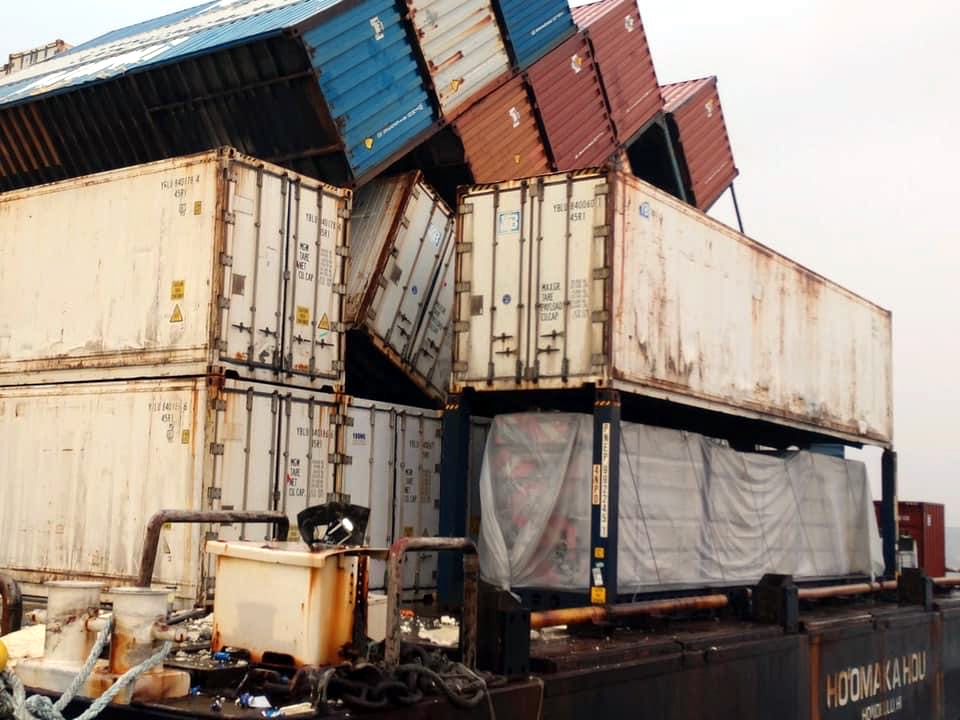