With the migrant crisis continuing across the Mediterranean more commercial ships are encountering people at sea or being asked to provide assistance. This week, two more commercial ships have become involved while global aid and humanitarian groups continue to call for a more comprehensive response.

Dutch offshore construction and contracting firm Van Oord is reporting that it is the latest to provide assistance at the request of the authorities. Its cable-laying vessel Nexus (6,500 dwt) with a crew of 27 was transiting the Mediterranean on November 16 when it was contacted by the Malta Rescue Coordination Center. They were requested to assist a small boat overloaded with refugees that was in danger due to worsening weather conditions.

“It is unknown for how many days the refugees, all men, were on a sea journey,” Van Oord said in reporting the rescue. “Their origin is also unknown, due to language barriers.” 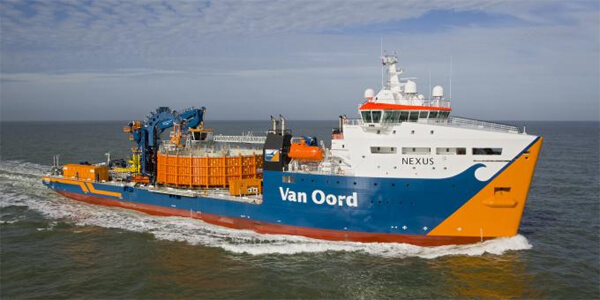 The Nexus was able to locate the small boat overnight between November 16 and 17 and determined that there were 49 men aboard. The company reports that all 49 refugees appear to be in good health but weakened, and some were hypothermic. The Nexus crew provided them with food and warm drinks and a safe location on deck.

Coordinating with the Maltese coast guard it was agreed that the cable-laying vessel would proceed to Malta. It arrived at the island late on November 17 and the plan was to transfer the refugees to the Maltese Coastguard.

According to the company’s report, their crew spotted a sloop approximately 45 miles off the coast of Algeria. They reported that there were eight men, two women, and five children in the small boat that had been drifting for several days on the Mediterranean Sea.

"The crew took the refugees on board. All 15 were in good health, but weakened and hypothermic. The crew gave them food, drinks, warm clothing, a bed, and blankets to recuperate. They spent the night on board and were picked up by the Algerian coastguard on Friday morning," Jan De Nul said. 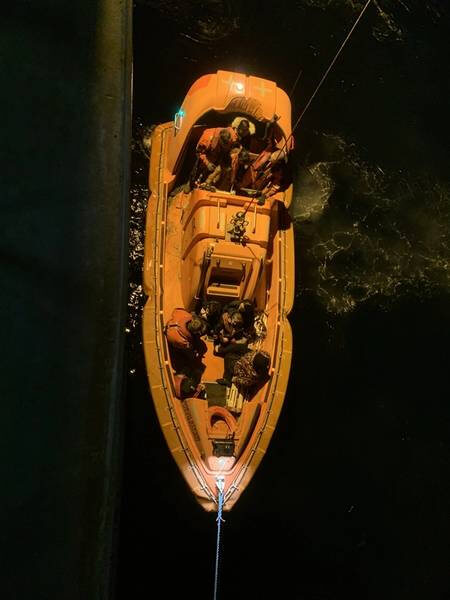 The United Nations and the NGOs operating in the Mediterranean have reported dramatic increases in the number of people attempting to cross the Mediterranean from Africa. Recently, they have reported that with the changing political climates in Europe they are encountering more resistance to their efforts. Italy for example blocked an NGO’s efforts to land male refugees at the beginning of November forcing one vessel to divert to France.

Under SOLAS regulations, vessels are required to provide assistance and deliver individuals found in distress to a port of safety. However, the lack of a comprehensive policy continues to spark debate including the role of flag states when vessels assist. In August 2020, the tanker Maersk Etienne found itself caught in a standoff for 38 days after assisting 27 migrants it rescued with no country agreeing to permit the vessel to land the individuals.