Tariff Negotiations “Back on Track”

U.S. President Donald Trump and China’s President Xi Jinping met at the G-20 summit in Japan last week, with Trump saying afterwards that negotiations between the two countries are “back on track.” Trump said he would hold off on new tariffs on China as talks resume and spoke of easing of restrictions on the technology company Huawei. 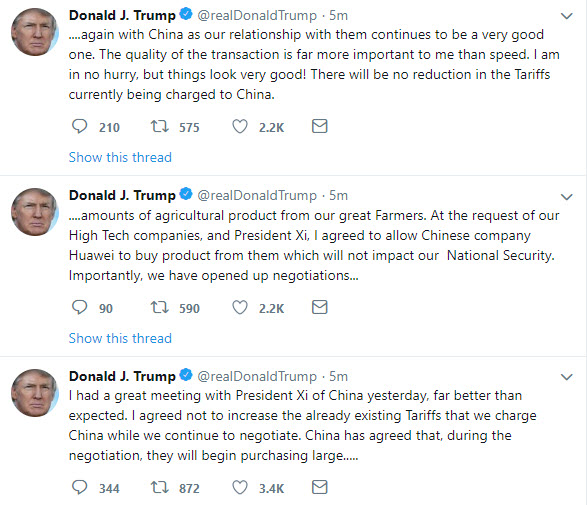 However, no timeframes have been set for resolving the issues.

Tariffs of 25 percent have already been imposed on $250 billion in goods from China, and the Trump administration has been considering expanding the tariffs to virtually all Chinese imports by imposing the same levy on another $300 billion.

The National Retail Federation (NRF) is optimistic about the G20 developments. “We welcome the progress made during this meeting and hope it will result in a constructive approach to working with China to deliver significant reforms rather than one that punishes American consumers and threatens U.S. jobs through tariffs,” NRF Senior Vice President for Government Relations David French. “Pulling back from the brink of further tariff escalation is a good sign for retailers and their customers, and we look forward to continued progress in the talks with China so that further tariffs can be avoided and existing ones lifted.”

NRF testified at a hearing held last week by the Office of the U.S. Trade Representative, asking the administration to reevaluate its strategy for dealing with China. A new report prepared for NRF found the proposed new round of tariffs would cost Americans $4.4 billion each year for apparel, $3.7 billion for toys, $2.5 billion for footwear and $1.6 billion for household appliances.