BAE Systems has cut steel for the second Type 26 Global Combat Ship, HMS Cardiff. The frigate is hailed as the most advanced anti-submarine warfare capability the Royal Navy has.

A traditional steel cutting ceremony was held at the company's shipyard in Govan on the River Clyde, Glasgow. It comes two years after steel was cut on the first in her class, HMS Glasgow, expected to enter service in the mid-2020s. 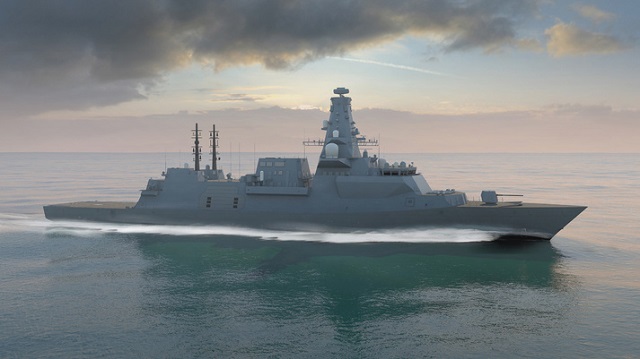 The Type 26 frigate is designed for the protection of the Continuous At Sea Deterrent and Carrier Strike Group. The City Class Type 26 will build on the pedigree of the Royal Navy’s current Type 23 Anti-Submarine Warfare frigates. Each Type 26 will be equipped with a range of capabilities including the Sea Ceptor missile defense system, a five-inch medium caliber gun, flexible mission bay, Artisan 997 Medium Range Radar, powerful bow and towed array sonars and a vertical launch silo capable of hosting a variety of weapons.

HMS Glasgow’s flight deck will be able to accommodate helicopters up to the size of the RAF’s Chinooks, while her loading bay can quickly adapt to house and deploy vessels, vehicles and containers.

BAE Systems is also building five River Class Offshore Patrol Vessels (OPV) for the Royal Navy. All five OPVs are now in the water with the first, HMS Forth, already in active operation. 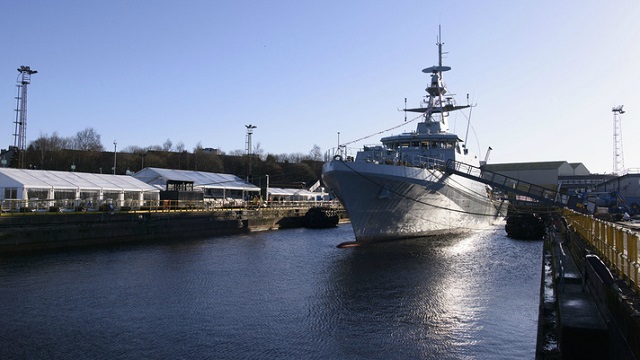 The Royal Canadian Navy and the Royal Australian Navy have also selected a variant of the Type 26 design for their anti-submarine frigate programs.

On March 23, 2021, the 20,124 TEU container ship Ever Given, one of the largest of the world, ran aground in the southern section of the Suez Canal. On March 29, it was re-floated. During the 6-day blockage, more than 350 ships were waiting and some other ships opted for the long detour around the Cape of Good Hope. The Suez Canal blockage prompts us to revisit access arrangements and practices for individual ships using capacity-constrained maritime infrastructures and passages....

The first part of the construction of what is expected to be the world’s largest floating offshore windfarm has been completed. Aker Solutions built the concrete foundations that will be used for the Hywind Tampen project under development by Equinor.  "Hywind Tampen is an important project for the transformation of the energy industry," said Kenneth Simonsen, interim executive vice president and head of the renewables business for Aker Solutions. “We are happy to maintain progress in the midst of a...