A hydrographic survey has identified the position of the sunken ferry Sinar Bangun at the bottom of Lake Toba, Sumatra. The wooden ferry, which went down with hundreds of passengers aboard, rests in nearly 1,500 feet of water near its last known position, according to sonar firm Mahakarya Geo Survey.

Nanang Henky Suharto, the firm's executive director, said that an unmanned submersible would be required to confirm the boat's identity. It is far too deep to use commercial divers to investigate or to conduct a recovery mission.

An estimated 192 people remain missing, three have been confirmed dead and 18 were rescued. The missing are believed to have been trapped within the ferry when it sank. If they are confirmed dead, it would be one of Indonesia's worst maritime disasters in a decade. 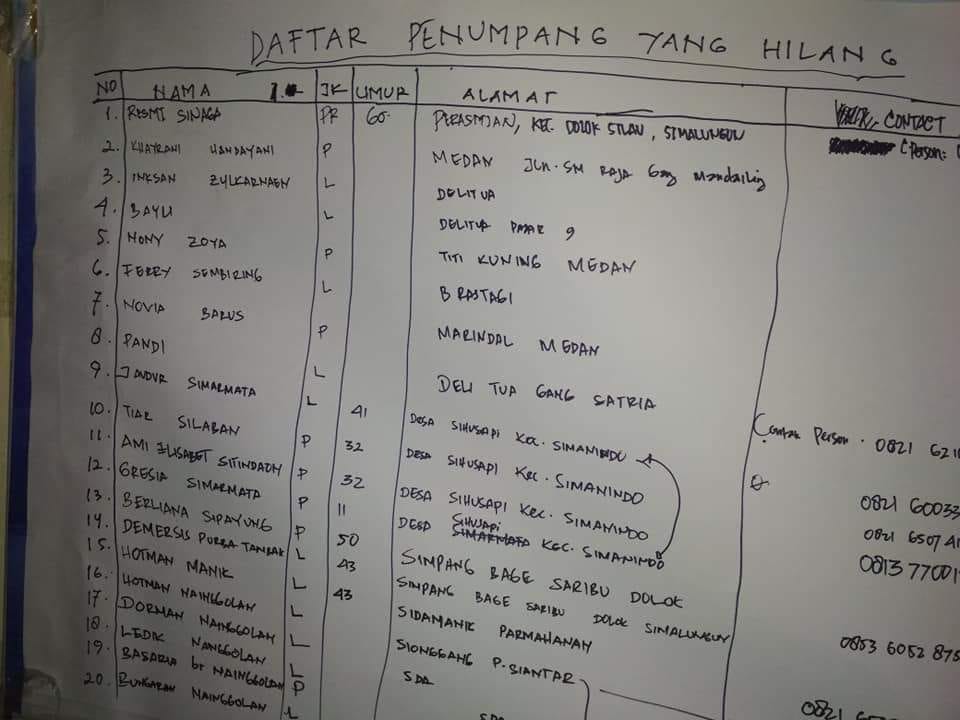 The vessel may have been operating with five times its rated passenger load, in addition to a cargo that included dozens of motorcycles. As in many Southeast Asian ferry sinkings, the lack of a complete passenger manifest has contributed to uncertainty about the number of victims. Initial reports indicated that only 80 people were on board at the time of the casualty, and the number grew over the course of the week.

On Monday evening, the Sinar Bangun was making a routine 40-minute crossing between an island in Lake Toba and the shore when it ran into rough surface conditions and strong winds. Survivors reported that it shook before it went down.

The captain and two crewmembers were among the 18 survivors, and they are being held by the police. The master (who also owned the ferry) is still too traumatized to answer questions, according to local police chief Agus Darojat.

Good samaritan responders rescue the survivors of the sinking, June 18