Commercial shipbuilding is showing further signs of recovery as the global community learns to manage during the COVID-19 pandemic.  Shipbuilding was one of the many industries hard hit by the spread of the virus with work and supply chains disrupted, new contracts ceased, and existing work was put in jeopardy.

Work is beginning to resume at shipyards that had been impacted by the virus.  New projects and contracts are getting underway, including a broad range of individual projects vital to local economies and infrastructure.  A number of these types of projects began in recent days.

The Damen Yichang Shipyard in China hosted a steel cutting ceremony for a Damen RoPax ferry being constructed for the Government of Timor-Leste.  While the shipyard had been able to continue activities during the coronavirus crisis with some employees working from home, this was an unusual steel cutting ceremony.  Unlike the traditional events, this one was conducted via digital connection to protect the safety of the executives and shipyard personnel.  The speeches and presentations were performed over a video conference, after which Damen Yichang Shipyard General Manager Deng Zhiping pushed the button and the first steel was cut. 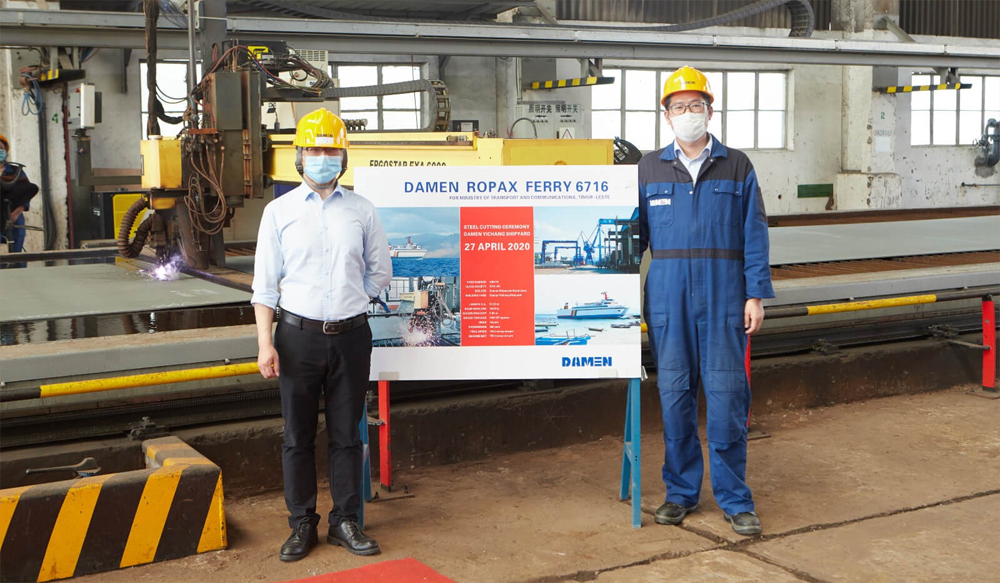 The contract for the ferry had been awarded in the fall of 2019.  According to Damen, the ferry, which will measure 67 x 16 meters, will carry up to 308 passengers plus vehicles and cargo.  When completed, it will operate a route between Timor-Leste’s capital Dili, the Oecusse enclave and the island of Ataúro.   The project is co-funded by the governments of Timor-Leste and Germany and the vessel is scheduled to begin operations in 2021.

Separately, the Western Shipyard (WSY) Group and its Western Baltija Shipbuilding operating in Lithuania announced that it has signed a contract for a new passenger and cargo ferry to be built for Smiltynes Perkela, that transports more than two million people and 700,000 thousand vehicles annual between Klaipeda and Smiltyne.

The contract was awarded after an international tender and calls for the construction of a ferry measuring 60 x 14 meters.  The vessel will have a flexible design to permit it to carry up to 1,000 passengers, or at least 40 passenger cars plus 600 passengers, or eight cargo vehicles with a total weight of up to 44 tons each.  It will feature four loading/unloading ramps and diesel propulsion. 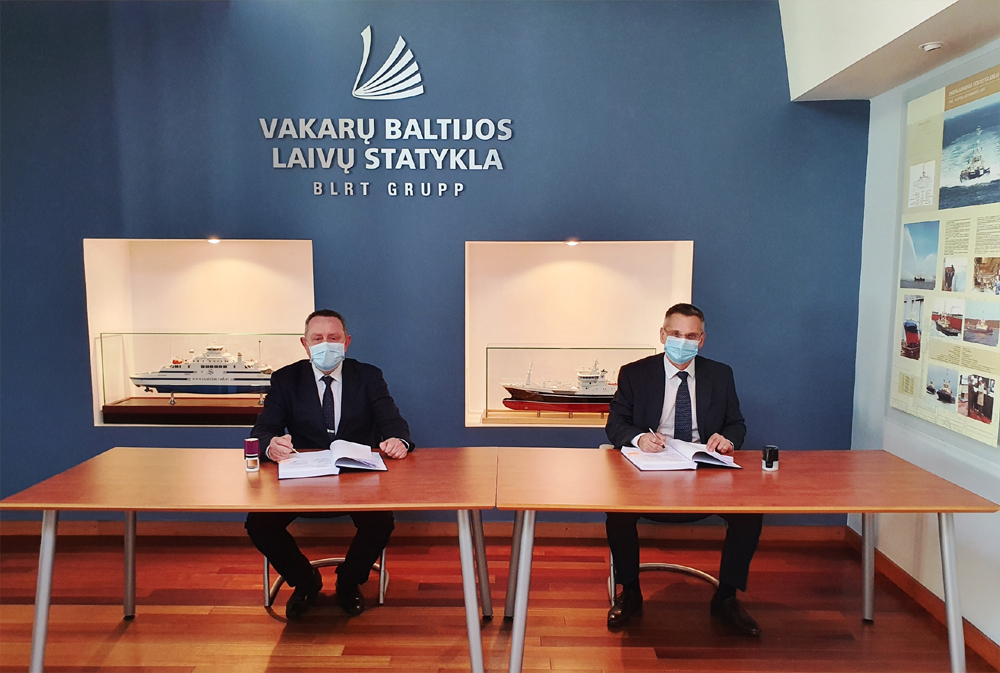 Western Baltic Engineering, a subsidiary of WSY Group, will undertake the design work for the new ferry with construction expected to be completed in 14 months.  Financing for the project is being provided by OP Corporate Bank, the Lithuanian branch of a Finnish bank.

The project is part of a broader program to improve ferry operations in the region.  Valdemaras Vaicekauskas, Chairman of the Board of Smiltynes Perkela says that they plan to conduct another international open tender for the construction of passenger ferry as well as reconstructing quays, installing new ferry loading/unloading ramps, and new information and video capabilities integrated into the company’s IT system.