Last month, International Shipbreaking of Brownsville, Texas gave a group of Navy veterans a collection of historic equipment from the decommissioned carrier USS Ranger. 24 years ago, six sailors died in a fire in USS Ranger’s Main Machinery Room 4 (MMR4), and the USS Ranger Association will use donated parts from this compartment to set up a museum exhibit in their honor.

On November 1, 1983, a fire broke out in MMR4 during a fuel transfer operation as the Ranger was under way in the Arabian Sea. Fuel spilled from an open valve and burst into flames, and six men died and 35 were injured in the blaze that followed. Two enlisted personnel were charged in connection with the accident, and the Ranger's commanding officer, former commanding officer, former executive officer and former chief engineer were all reprimanded.

The 1957-built vessel was decommissioned in 1993 after a long and storied career. She participated in numerous military actions, from sustained combat operations in the Vietnam War to high-tempo sorties during Operation Desert Storm and Operation Southern Watch. After she was retired from service, she was laid up in Bremerton until 2015, when International Shipbreaking arranged to tow her down the Pacific coast, through the Straits of Magellan and up through the Atlantic and the Gulf of Mexico to Brownsville, Texas.

The USS Ranger Association contacted International Shipbreaking in January 2016 and asked that the gauges, windows and controls from Main Machinery Room 4 be preserved for a museum exhibit. The yard agreed to donate these items in honor of the six sailors who gave their lives for their country. 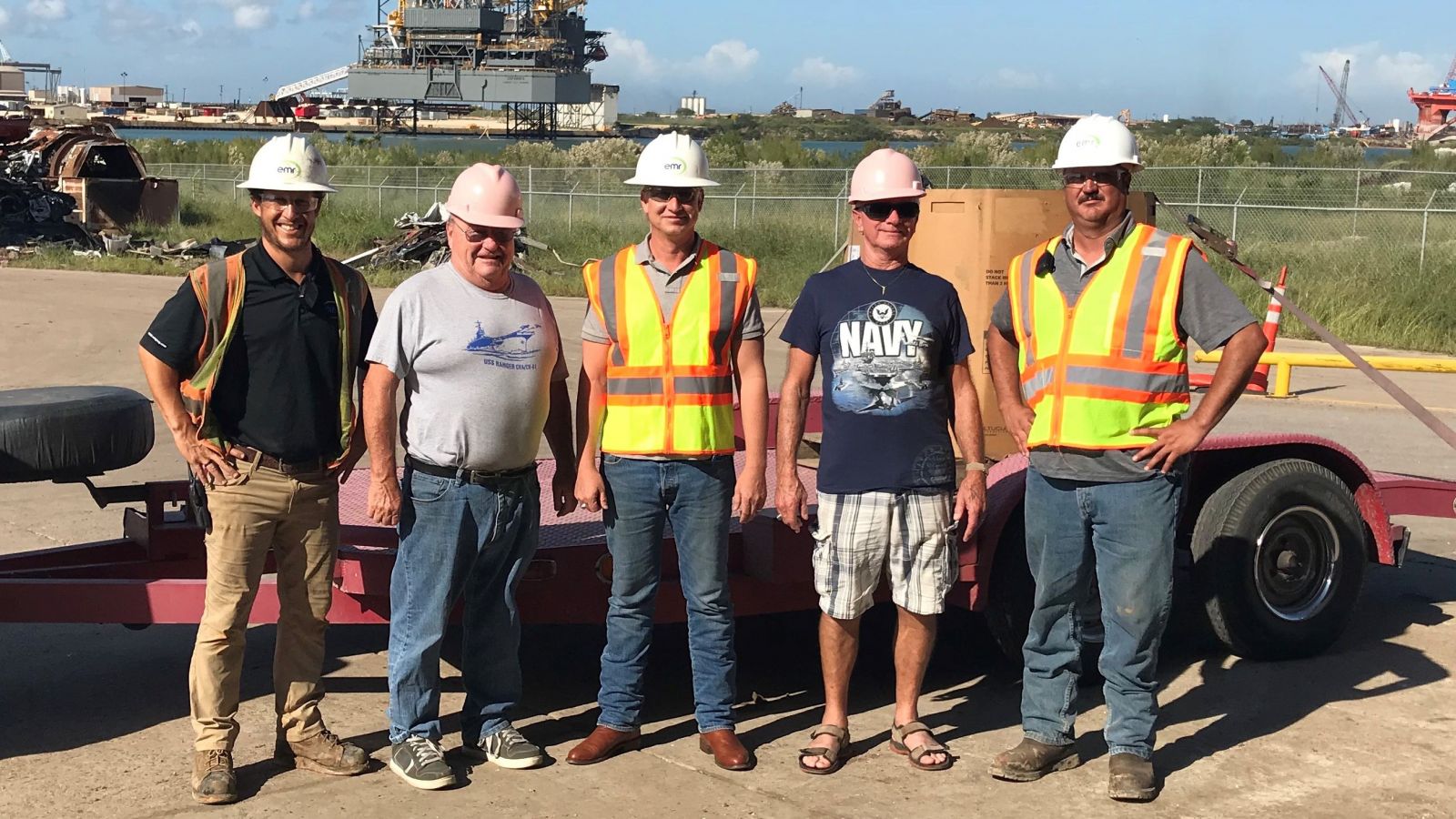 International has also recycled the carriers USS Iwo Jima, USS Constellation and USS Independence, which arrived at her final port of call in May. As a service to veterans who served aboard Independence, the firm put a selection of items from the ship up for sale, from signs to gauges to pieces of her armor plate.