A new wetsuit material could help reduce the wearer's blood loss if they are bitten by a shark, according to research conducted at Flinders University in Australia.

Blood loss is the leading cause of death from shark bites.

Two new fabrics incorporating ultra-high molecular weight polyethylene fibers on to neoprene were found to be effective. The fabrics are similar to Kevlar, a heat-resistant, strong synthetic fiber typically used for bullet and stab-resistant body armor.

The research was led by Flinders University Associate Professor Charlie Huveneers, and tests included 10 variants of the fabrics using laboratory tests, puncture and laceration tests, along with field-based trials involving great white sharks about four meters in length. Great white sharks are responsible for most of the unprovoked bites leading to human fatalities in Australia. 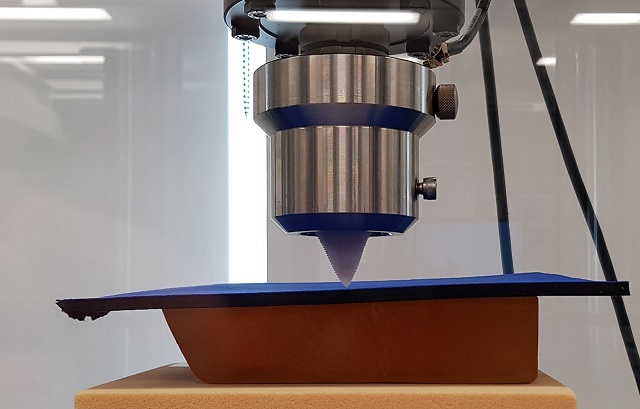 Some of the testing was undertaken in the Spencer Gulf in South Australia, home to one of Australia’s largest aggregations of great white sharks and the center of Australia's cage-diving tourism industry.

Huveneers has also tested shark repellent devices such as the Ocean Guardian Freedom+ Surf which produces a strong electric pulse designed to overwhelm sharks' electro-reception sensory organ. His research showed that it affected shark behavior and reduced the chance of a great white shark taking the surfboard-mounted bait from 96 to 40 percent.

Huveneers has also been involved in research to determine if cage diving with sharks can make a person more aware of conservation issues. While dolphins and whales are often the focus of marine wildlife tourism and activism, a more commonly held negative perception of sharks has meant that conservation measures for sharks received little public support. However, public attitudes towards sharks are changing, with an increased level of interest and awareness of the scale of threats to global shark populations.

Once considered a disadvantage to coastal tourism, sharks are now considered an important attraction at dive sites around the world. Exposing tourists to sharks in their natural environment has considerable potential to enhance a participant’s knowledge, attitude and behavior towards sharks, and support their conservation, says Huveneers.