As part of the celebration of Carnival Cruise Line’s celebration of its fiftieth birthday, the company staged two unique “meetups” of cruise ships this week in the waters off Mexico and the Bahamas. Starting from humble beginnings with a second-hand ocean liner, the company grew to become one of the best-known brand names in travel and part of the world’s largest cruise corporation.

The second large meetup of the fleet came today in the waters off the Bahamas. Six of the cruise lines ships, Carnival Conquest, Carnival Freedom, Carnival Legend, Carnival Liberty, Carnival Spirit, and Carnival Sunshine, were scheduled to converge between Eleuthera and Nassau.

The cruise line is hosting a total of 17 themed birthday sailings running through March 10, 2022, and featuring multiple meetups at sea. The first was on March 5, when the Carnival Miracle and Carnival Radiance met up outside Ensenada, Mexico. Another is scheduled for March 11 when Carnival Miracle and Carnival Panorama will sail alongside each other near Baja, Mexico, outside Ensenada. 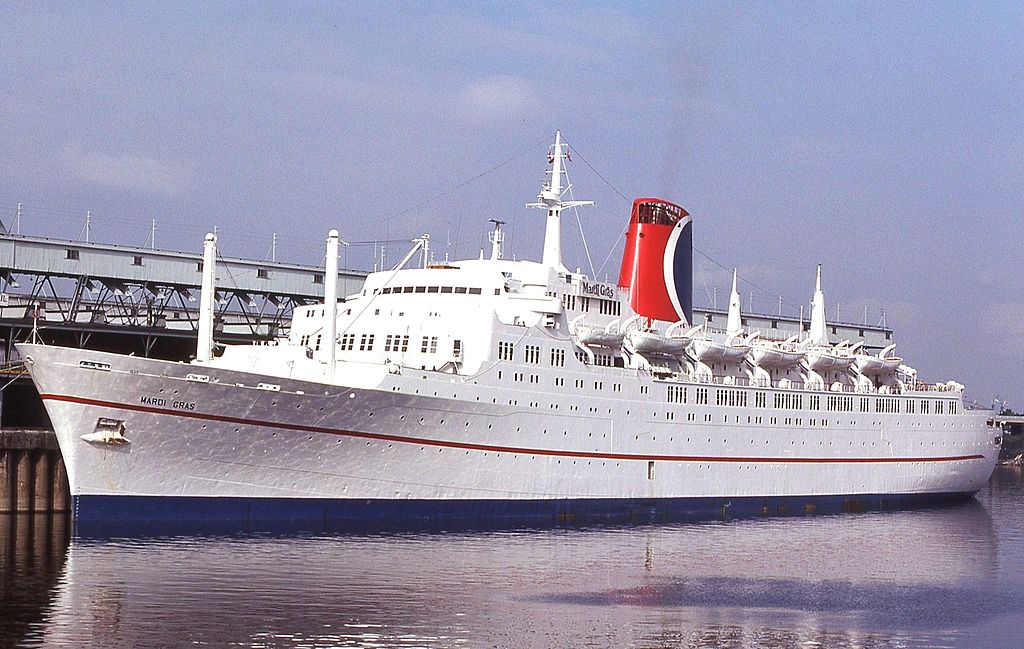 “We only turn 50 once, so we had to go big, and what’s bigger than a year-long birthday celebration that begins with our special Sailabrations cruises,” said Christine Duffy, president of Carnival Cruise Line. “From the minute our guests walk into our terminals, they’ll know they are at the biggest and best birthday party ever.”

Carnival started its operations with one ship from PortMiami in 1972. The former Canadian Pacific Empress of Canada which was an Atlantic liner was hastily converted to operate as a cruise ship named Mardi Gras. Famously, the ship went aground as it was departing from PortMiami in March 1972 on its first cruise and the company was reportedly so short of cash that they emptied the cash registers all around the ship when the reached San Juan to pay for fuel oil.

Started by an entrepreneur named Ted Arison, Carnival Cruise Line nearly went broke during its early days of operations. Arison reportedly bought out his partners for just $1, but the company soon settled on its theme of “fun ships,” and by 1976 acquired a second old former liner and a third entered service in 1978. By 1982, Carnival built one of the first modern cruise ships, the Tropicale, which was also one of the largest purpose-built cruise ships at the time. The cruise line would continue to grow with successively larger cruise ships with the most recent, the new Mardi Gras entering service in 2021 at 181,800 gross tons compared to the original Mardi Gras that was 27,300 gross tons.

The company also led the industry consolidation with Carnival Corporation acquiring many of the once-fabled brands. The corporation started by acquiring Holland America Line and later added brands including Costa Cruise, P&O, Princess Cruises, and Cunard Line. Today, Carnival Corporation & plc calls itself the world’s largest leisure travel company with 87 ships sailing under nine brands and before the pandemic carrying more than 13 million passengers each year.

Carnival Cruise Line is also using the birthday celebrations to highlight that it will have its entire fleet back in service by this summer. The cruise line has a total of 24 ships that before the pandemic were carrying more than six million passengers annually and employing more than 40,000 crew with 120 nationalities.