New imagery released by commercial satellite operator Maxar shows that the Russian tank landing ship that exploded at the port of Berdyansk last week has partially sunk alongside the pier.

On Thursday, a Russian Navy amphib exploded and burned at the captured port of Berdyansk, Ukraine  The Ukrainian Armed Forces confirmed in a social media message that the Russian vessel had been "destroyed," and the UK Ministry of Defense confirmed that the incident was the result of a successful Ukrainian attack. The details of the operation have not been disclosed.

The vessel - identified by analysts as the Orsk or the Saratov - appears to have settled to the bottom, with water visible above the main deck level. The photo also shows clearly that nearby fuel tanks on the pier caught fire in the attack. A merchant bulker located further north along the pier was emitting heavy white smoke, though the source and cause are not certain. 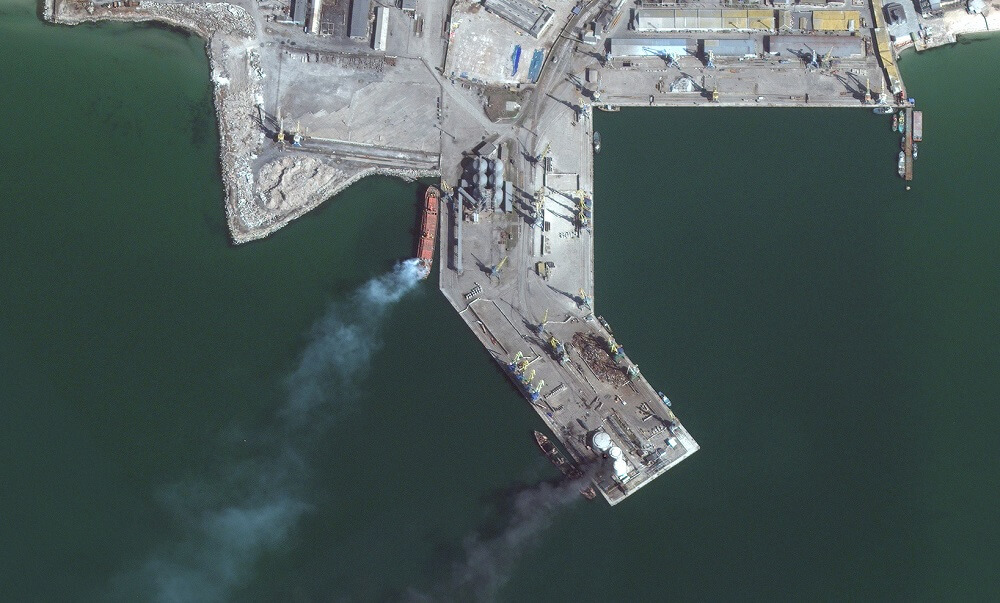 According to the UK MoD, the attack may prompt the Russian Navy to stay further out at sea.

"The destruction of the Saratov landing ship at Berdyansk will likely damage the confidence of the Russian Navy to conduct operations in close proximity to the coast of Ukraine in the future," suggested the MoD.