Giant Boxship Ever Given Could Block Suez Canal for "Weeks"

The 20,000 TEU container ship Ever Given may be a feature of the landscape at the Suez Canal for days or weeks, according to professional salvors. Salvage experts say that the boxship's position - wedged between both of the canal's banks like a closed butterfly valve - will make this operation more complex than simply pulling a stranded vessel off a beach.

An eight-tug refloat attempt on Thursday morning was not successful, according to ship manager Bernhard Schulte Shipmanagement. Dutch conglomerate Boskalis (SMIT) has been contracted to lead the salvage operation, and CEO Peter Berdowski told media that the refloat will take time, depending upon how stuck the ship really is. "I can't exclude that it might take weeks," Berdowski told Dutch outlet Nieuwsuur TV. 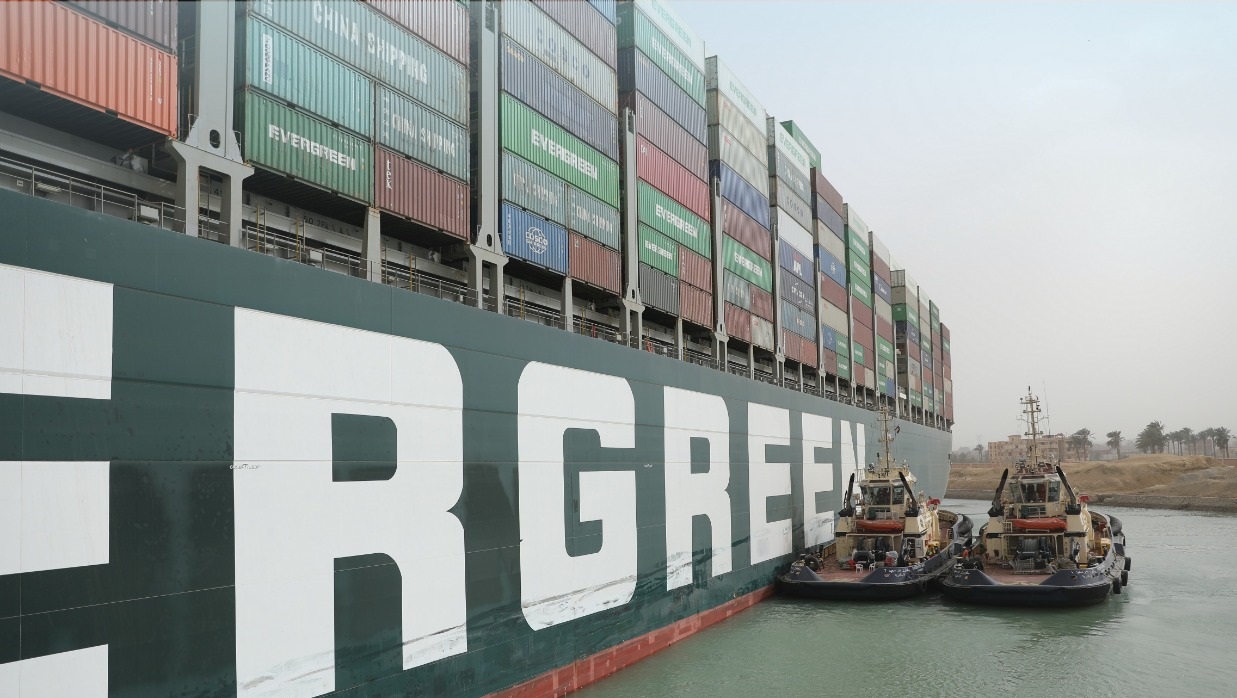 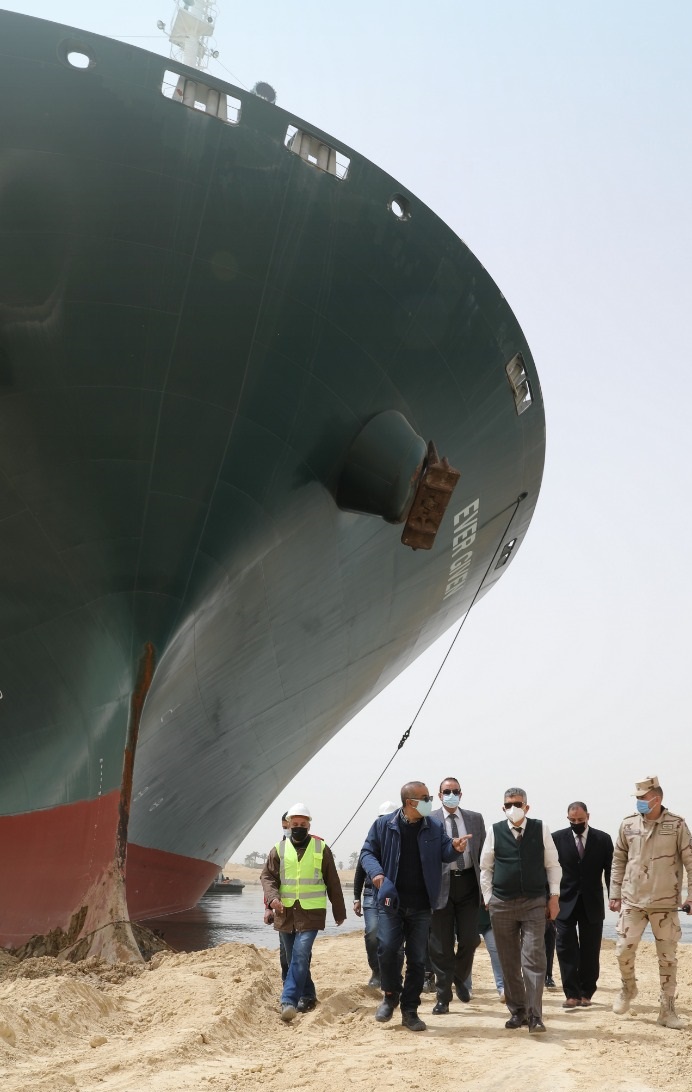 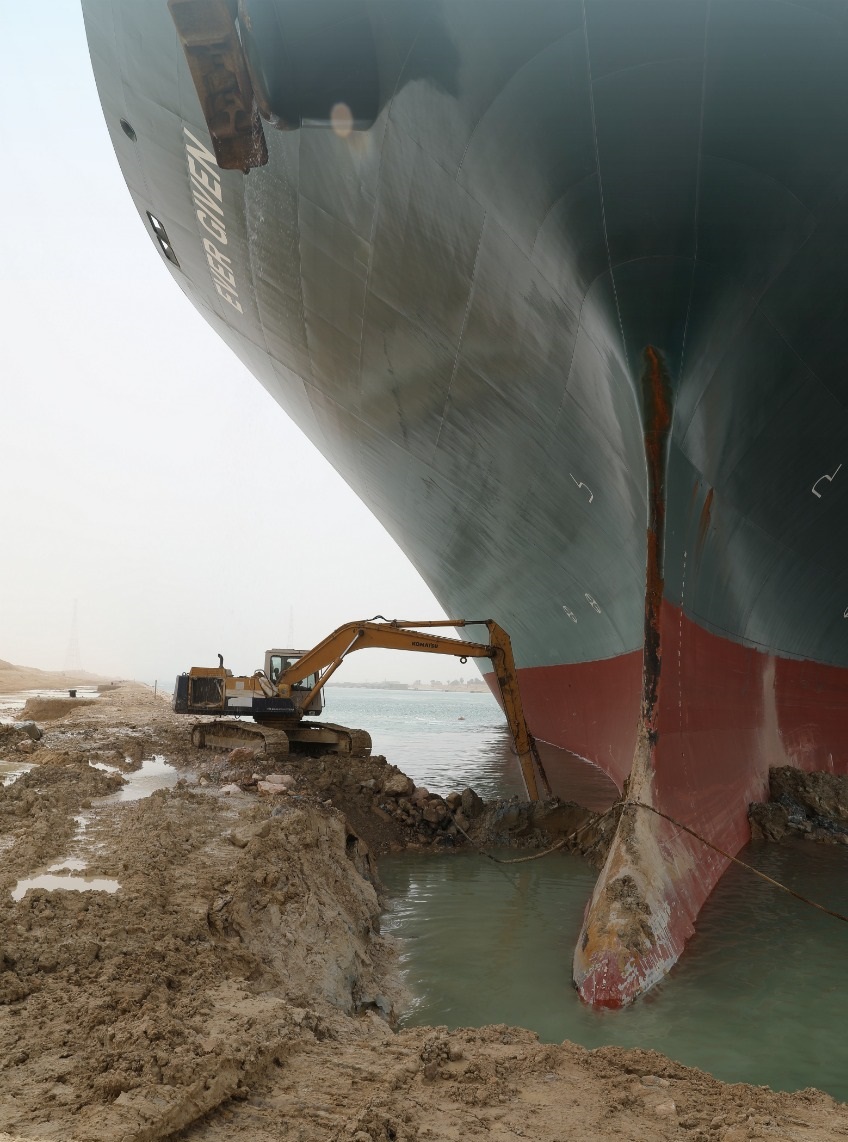 Well-known salvage master Capt. Nick Sloane, who runs Resolve Marine's EMEA regional operations, told Bloomberg that the tides will play a key role in the timing. The next good window for a refloat comes on Sunday and Monday, and the best conditions after that won't come for 12-14 days, he said.

Preparations for removal are under way. A team from SMIT has been dispatched to the site, and they are evaluating multiple options for the response, including fuel lightering, deballasting, cargo lightering, and potentially even dredging the bottom to make space to free the ship.

According to BSM, "initial investigations suggest the vessel grounded due to strong wind." Contrary to early accounts, the firm said that it can rule out any mechanical or engine failure as a cause of the grounding.

No injuries, pollution or cargo damage have been reported, and BSM is working with the owner, the salvor and the Suez Canal Authority to expedite the refloat. Nearly $10 billion per day in maritime commerce will be delayed by the canal closure until the vessel is removed, according to Lloyds List. Freight tracking company project44 estimates that nearly $50 billion worth of dry cargo alone has already been affected. 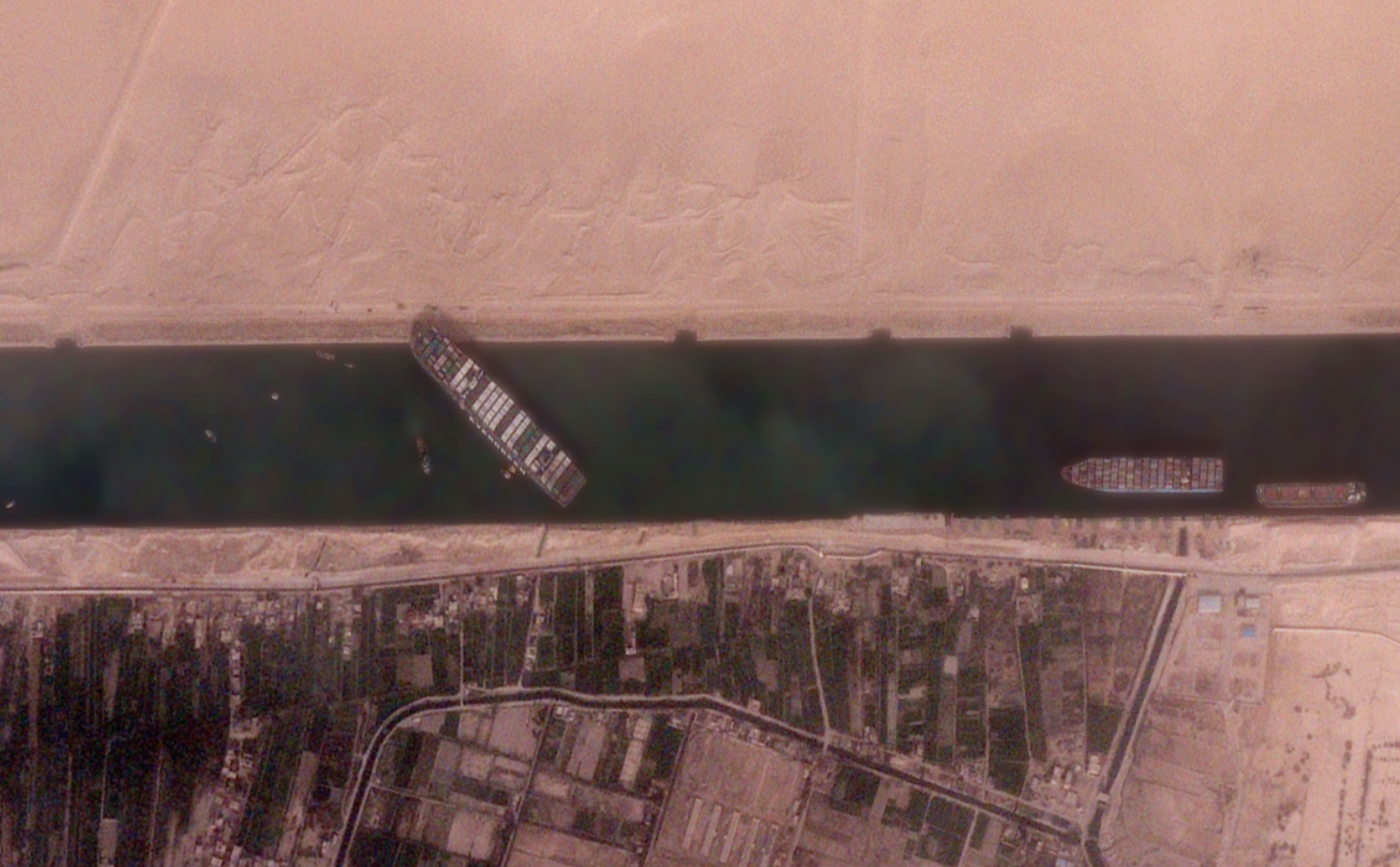 Ever Given, March 24 (courtesy BlackSky)