The RSPCA has welcomed the Australian government's release of proposed new regulatory protections for live sheep exported to the Middle East during the months of September and October but is concerned at the suggestion live sheep exports might yet be resumed during this highest-risk period.

The Department of Agriculture's proposals are part of an on-going response to whistle-blower footage aired on 60 Minutes in April 2018 which showed thousands of sheep suffering severe heat stress; sheep caked in melted feces and urine; injured and sick animals left to die slowly; decomposed bodies left in pens with living sheep and pregnant ewes giving birth and their lambs dying. The footage centered around an August 2017 voyage of the Awassi Express. More footage, “Boiled Alive,” deemed so confronting that commercial television would not show it, was aired by Fairfax Media shortly after.

The proposed new regulatory options, released last week for a 10-day public consultation period (here), include two options that the RSPCA says reflect the science and evidence, and significantly restrict live sheep exports during the month of September.

However, RSPCA Australia Senior Policy Officer Dr. Jed Goodfellow said the RSPCA was alarmed to see an option that allowed exports to continue throughout September, and was further disappointed that none of the proposed options include much-needed restrictions in the high-risk month of October.

“September is historically one of the hottest and most dangerous months of the year for sheep being exported into the Persian Gulf and Red Sea,” said Goodfellow. “So we’re relieved to see the Department has finally accepted the independent evidence, and appears to be acting to properly regulate live exporters - as the community expects, and the law requires.

The failure to address the October risk contradicts the advice of the Australian Veterinary Association which has stated in multiple submissions to Government over the past year that sheep will suffer heat stress and die during export to the Middle East for the entire hottest period from May to October. The RSPCA has long called for live sheep exports to be halted for all six months of this highest-risk Middle Eastern summer period.

Goodfellow said the Government's new proposals also contradict the draft report of the Government’s own independent Technical Committee on Heat Stress Risk Assessment, which presented conclusive evidence that conditions onboard live export vessels from May to October will routinely exceed the heat stress thresholds of Australian Merino sheep. The Committee – made up of leading experts in animal welfare, physiology and ship engineering – provided its much-anticipated final report to the Department in May this year, but it has still not been released.

“It’s concerning that the public is being asked to make an informed assessment of the adequacy of the proposed regulatory options when the very report upon which those arrangements are based has not yet been released,” Goodfellow said. The RSPCA is calling on the Department to release the final Heat Stress Risk Assessment report before the close of the public consultation period, to allow stakeholders and the public to properly assess what the independent advice says these options will mean for Australian animals.

“But the evidence to-date is clear – sheep will suffer if exported during September and October, the same way they suffer in June, July and August, under the very same conditions that finally forced the industry to implement a voluntary halt,” said Goodfellow. “Any decision to continue the export of sheep in September and October is placing profits ahead of animal welfare, and the Australian community has made it abundantly clear they will not accept that from this catastrophe-plagued industry,” he said. 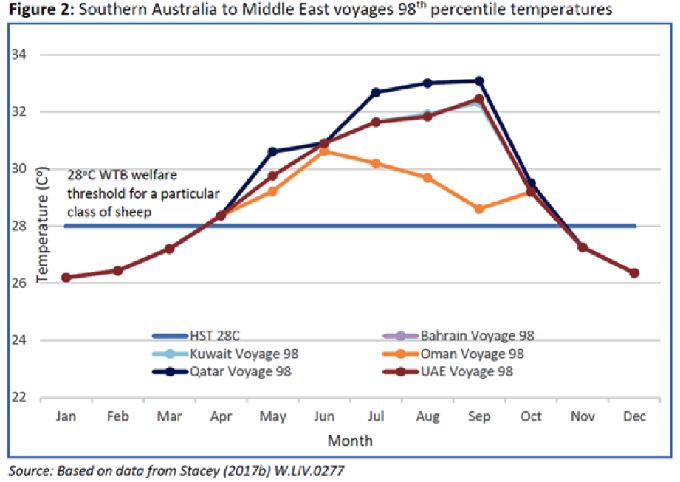 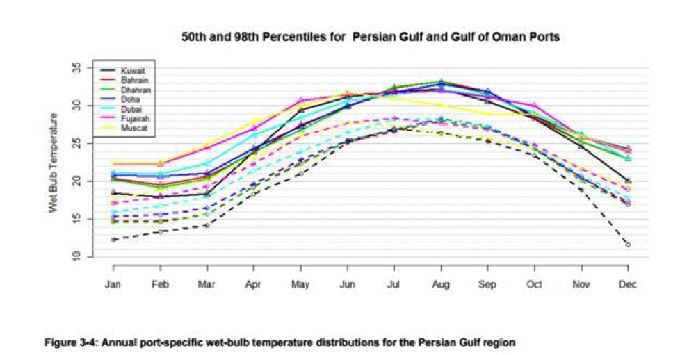 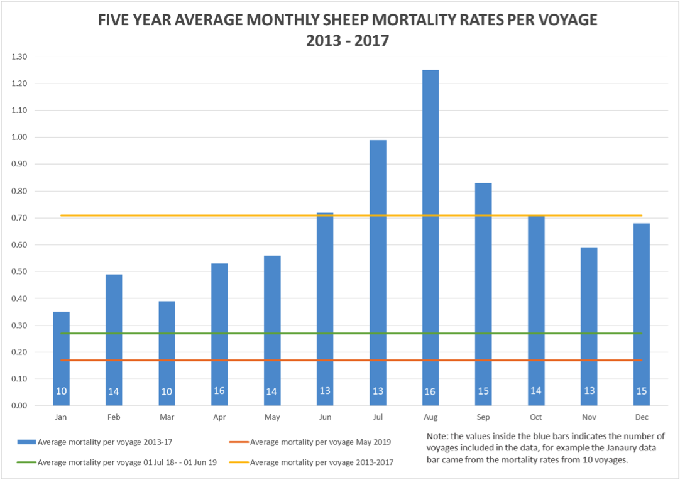