The Royal Navy's experimental 700X Naval Air Squadron has completed testing of two heavy-lift cargo drones at RNAS Culdrose, and it is closing in on a shore-to-ship solution that could be deployed at scale.

It is the second time the Malloy Aeronautics T-600 quadcopter and Windracers Autonomous Systems’ Ultra fixed-wing drone have been tested in Royal Navy trials, and the service says that they have proven their ability to carry heavy payloads over tactically-useful distances.

The Heavy Lift Challenge is a multi-agency project that encourages private industry to adapt civilian systems to deliver supplies for Royal Navy and Royal Marines units, like humanitarian stores, first aid, ammunition and spare parts. Both Malloy and Windracers were given a $390,000 contract to develop their drones for the trials. 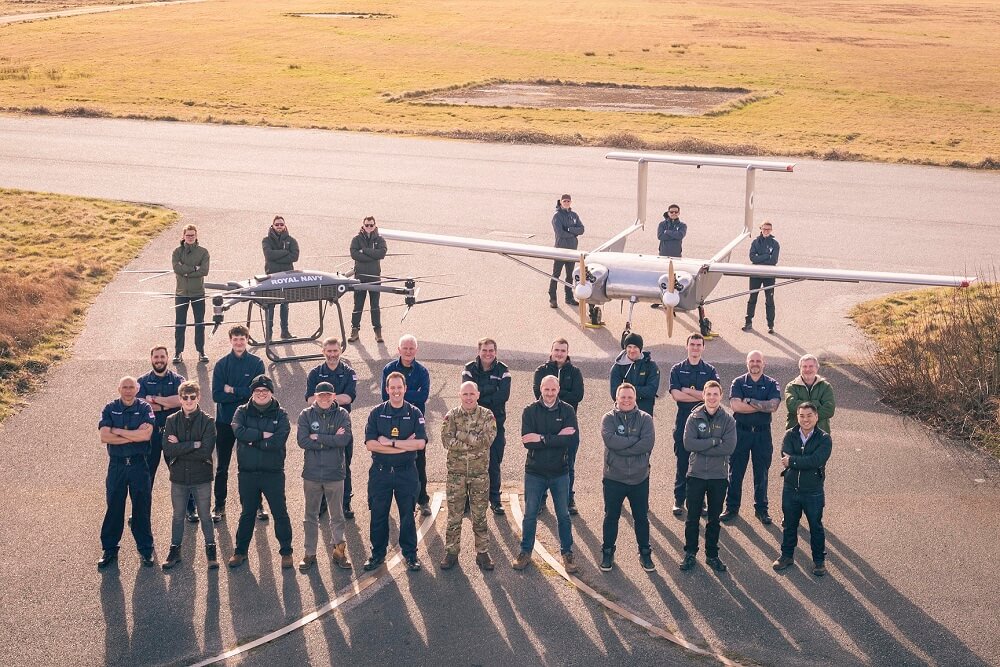 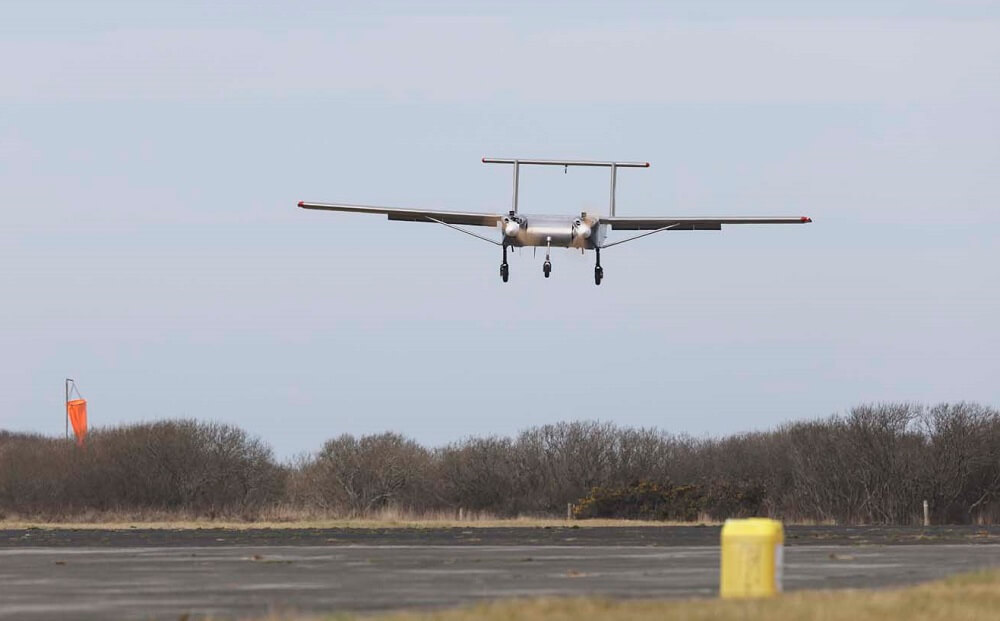 The Ultra is an all-aluminum cargo drone originally developed for long-distance postal deliveries, serving "long-thin" routes to remote parts of the British Isles. It has been tested on commercial Royal Mail runs in the Orkney Islands and Scilly Isles, and during the pandemic, it was used to deliver COVID-19 medical supplies to remote communities.

Malloy's T-600 is an upsized, uprated version of its cargo-delivery drones, which are in military and commercial service today.

In the most recent trials, the Malloy T-600 flew with a 550-pound payload over a shorter distance, while the fixed-wing Windracers Ultra flew a 220-pound payload over a distance of 540 nm and dropped it onto a mockup of a Queen Elizabeth-class carrier flight deck. The Ultra was able to slow on approach and drop its package with "pinpoint accuracy," according to the squadron.

"The Heavy Lift Challenge is surpassing all our expectations. This is a genuine, game-changing collaboration between the Royal Navy, DE&S’ Future Capability Group and industry and has, so far, produced quite spectacular results," said Brigadier Dan Cheesman, Royal Navy Chief Technology Officer. “We are not there quite yet, but in perhaps as little as two months’ time, we will have the final ‘show don’t tell’ evidence we need to commence scaling to the hands of the warfighter at unprecedented pace.”