The Royal Navy has revealed two high-impact missions which have been kept under wraps for months. In January and February, the service collaborated with the U.S. Navy to interdict small boats laden with surface-to-air missiles and cruise-missile components. The cargoes were Iranian, and the boats were intercepted along routes typically used to traffic weapons to Yemen. These seizures add to the long-held belief among U.S. intelligence and defense officials that Iran is supplying sophisticated weaponry to Yemen's Houthi rebel faction.

The seizures occurred on January 28 and February 25, both in the early hours of the morning. The frigate HMS Montrose’s helicopter was aloft and scanning for smuggling vessels when its crew spotted small boats moving at high speed away from the Iranian coast. On both occasions, the helicopter crew followed the vessels and spotted suspicious cargoes on deck.

A team of Royal Marines approached the vessels using Montrose's small boats, and they conducted board, search and seizure operations. The U.S. Navy destroyer USS Gridley’s crew deployed an MH-60 Seahawk helicopter during the February interdiction to provide overwatch.

In the course of the boarding operations, dozens of packages of advanced weaponry were discovered, seized and brought back to HMS Montrose.

These suspicious components were shipped back to the UK for analysis. Among other items in the cargo, defense intelligence experts identified Iranian-made 351 cruise missiles and 358 surface-to-air missiles.

According to the UK, the 351 (Quds-1) is a cruise missile with a range of up to 600 miles. Houthi rebels have often used this model to attack targets in Saudi Arabia, and it was also deployed for the deadly Houthi attack on Abu Dhabi in January.

The 358 is a loitering anti-aircraft munition, a new class of weapon designed to stay aloft, patrol a designated area and target enemy aircraft opportunistically.

The U.S. Navy destroyer USS Forrest Sherman seized examples of both the 351 and the 358 in an at-sea interdiction in 2019 (below). 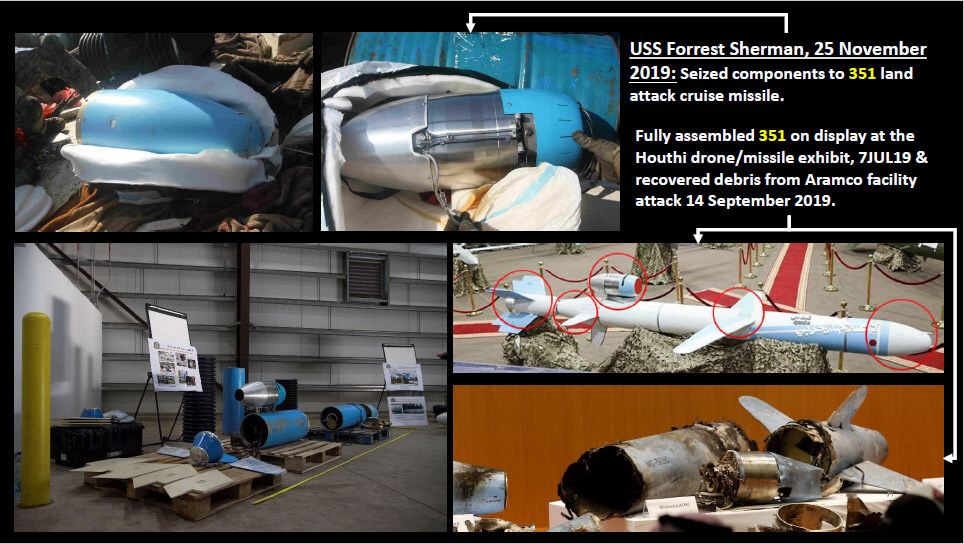 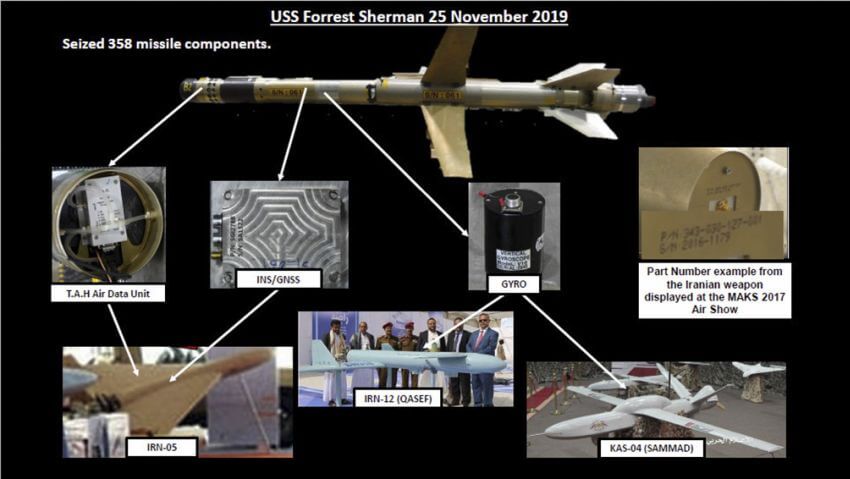 “The UK is committed to upholding international law, from standing up to aggression in Europe to interdicting illegal shipments of weaponry that perpetuates instability in the Middle East,” said UK Minister for the Armed Forces James Heappey. “The UK will continue to work in support of an enduring peace in Yemen and is committed to international maritime security so that commercial shipping can transit safely without threat of disruption.”

The U.S. Navy's 5th Fleet hopes to secure more high-value seizures like these through the use of a bounty payment program. For the first time, it is now offering foreign nationals up to $100,000 for information leading to the seizure of narcotics or weapons.