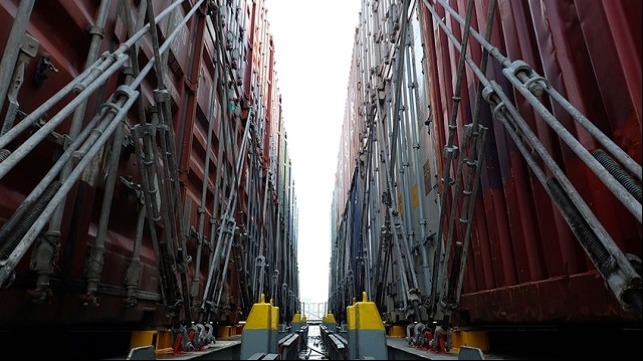 The £850 million ($1.1 billion) system provides a shield against airborne threats, including hostile combat jets, helicopters and other missiles. Sea Ceptor is a major improvement on the existing Seawolf missile system which is being replaced. It offers improved performance against current and projected future threats, the ability to engage multiple targets and allows the frigates to protect escorted vessels. The system is to be fitted to the Royal Navy’s new Type 26 frigates.

Sea Ceptor has been successfully demonstrated through a series of trials that started last year. Recently, HMS Montrose took part in the third test firing of the system and successfully intercepted a fast-moving drone. The drone was destroyed in seconds. HMS Argyll will be the first ship to deploy with the system when she heads to support peace and security in the Asia Pacific region later this year. HMS Westminster and HMS Montrose, the second and third ships to be fitted with Sea Ceptor, have  also carried out successful firings.

First Sea Lord Admiral Sir Philip Jones said: “The Sea Ceptor missile defense system represents a significant technological leap forward and a huge uplift to our warfighting capability. For decades to come it will deliver an important layer of defense to protect our fleet, including our maritime task groups based around the Queen Elizabeth-class aircraft carriers, from an intensifying range of threats.”

Sea Ceptor has been designed and manufactured by MBDA.

The International Transport Workers’ Federation (ITF) and the European Transport Workers’ Federation (ETF) have called on ship operators to return lashing to shoreside dock workers. The ITF cites the incident earlier this month where the Dutch registered container vessel OOCL Rauma spilled seven containers overboard during a stormy passage from Kotka in Finland, to Rotterdam in the Netherlands. Containers onboard the 1,425-TEU ship are often lashed or secured by the ship’s crew in the North European feeder trade, says the...