Rolls-Royce: Robot Ships Will Be Trading by 2020

“Autonomous shipping is the future of the maritime industry. As disruptive as the smart phone, the smart ship will revolutionise the landscape of ship design and operations.” said Mikael Makinen, president of Rolls-Royce's marine division. The firm envisions a future in which new entrants could capture a significant share of business, in the same way as Uber, Spotify and Airbnb have done in other industries.

The AAWA initiative’s researchers suggested that engineering hurdles would not be a major obstacle. "The technologies needed to make remote and autonomous ships a reality exist – the sensor technology needed is sound and commercially available and the algorithms needed for robust decision support systems – the vessel’s ‘virtual captain’ – are not far away. The challenge is to find the optimum way to combine them cost effectively in a marine environment,” said Jonne Poikonen, senior research fellow at the University of Turku and a leader of the project's technology research.

The consortium will soon begin testing of a sensor package mounted on the Finferries passenger vessel Stella, which operates on protected waters of the Archipelago Sea between Korpo and Houtskär. Dry bulk firm ESL Shipping Limited has also joined to help explore the use of autonomous ships for short sea shipping. 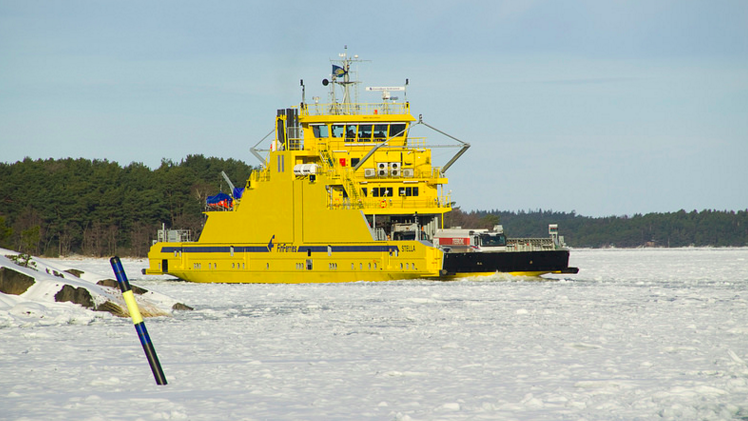 Rolls-Royce researchers also plan a series of studies on safety and on cybersecurity, which will be used to make recommendations to the IMO and to class societies for rules specific to autonomous ships.

“This is happening. It’s not if, it’s when. This work supports the development of remote controlled and autonomous vessels and will enable proof of concept demonstration following the completion of the project. We will see a remote controlled ship in commercial use by the end of the decade,” said Oskar Levander, VP of innovation at Rolls-Royce Marine.