Ro-Ro Takes on Water and Partially Sinks, Killing One and Injuring Six

Algerian civil authorities came to the aid of the crew aboard a Mediterranean ro-ro after the vessel took on water, causing it to partially sink in the port of Algiers. One person was reported dead, while six other crew were taken to a local hospital with minor injuries.

Maltese shipping company Glenhallen confirmed the reports telling the Italian media that during loading the vessel tilted causing it to take on water while moored in the port. Algerian authorities are investigating the loading of the vessel and the ballasting to identify the cause of the accident.

The 25-year-old ro-ro Ivan had arrived in Algiers from Malta as part of its normal operations linking the ports along with stops in Italy and Libya. The vessel was making bi-weekly visits to the ports. 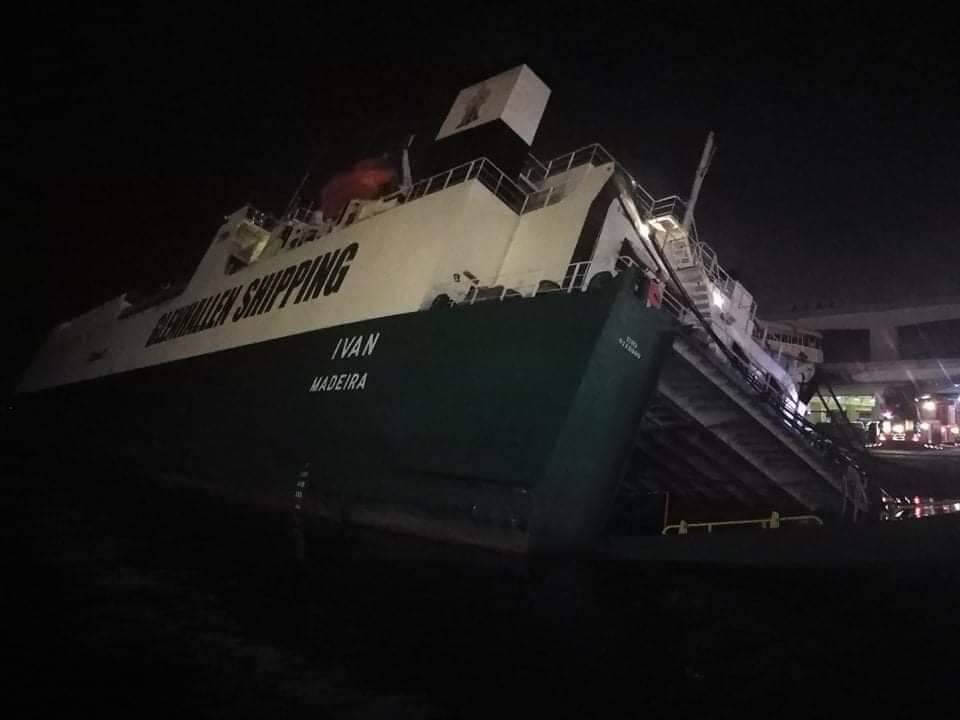 The Directorate for Civil Protection said that it responded to the vessel around 1 a.m. local time on September 29, finding the vessel partially submerged and listing to starboard, resting on the bottom and the dock. Seventeen crew members were rescued, with six Philippine nationals suffering from minor injuries taken to a local hospital.

Witnesses told the authorities that they believed one person had fallen into the water and was missing. Nine divers and a lifeboat were mobilized for the search operation. Media reports indicate that the person died overnight.

The 8,191 gross ton vessel had been operating since 2019 under charter to Glenhallen, managed by Italy’s K Ships. In January 2021, Glenhallen announced that it had entered into a new bareboat charter and purchase agreement with the Spanish owners Suardiaz for the ro-ro. 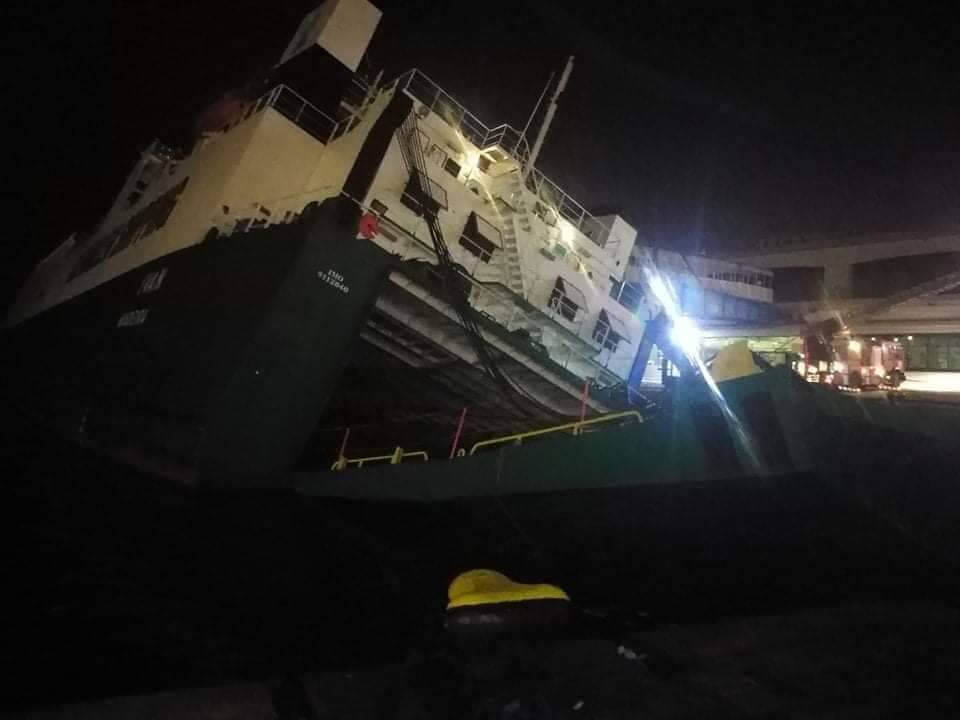 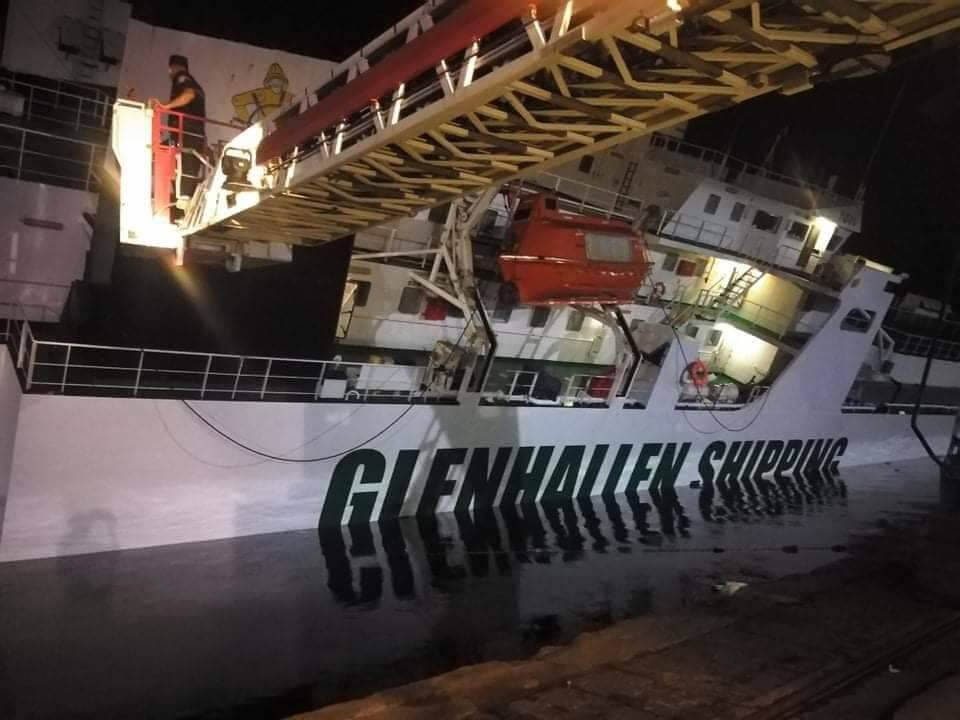 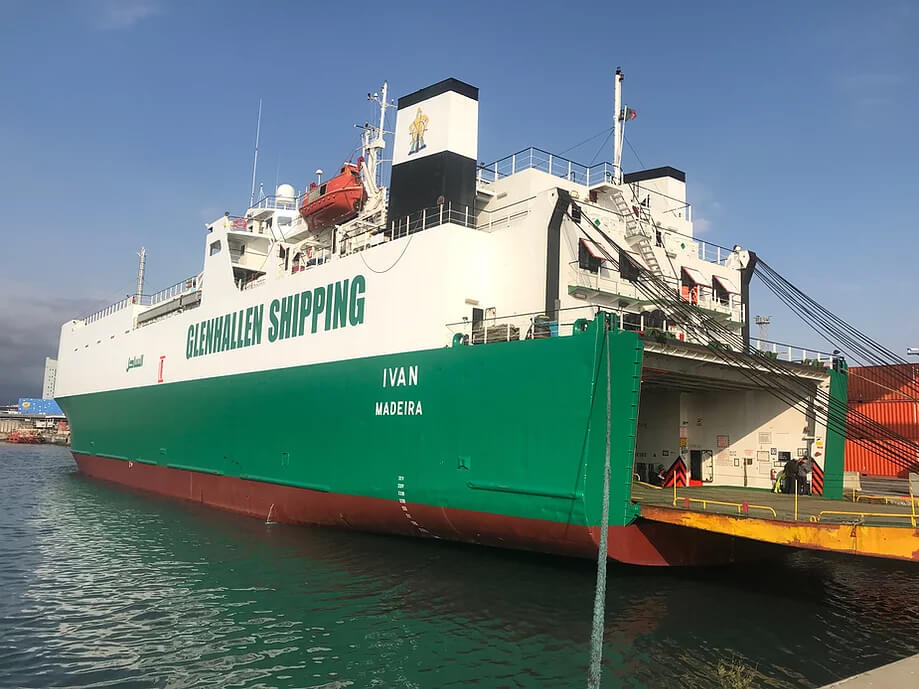