A Spanish registered fishing boat has become the first to be fitted with a new generation of auxiliary wind-assisted propulsion technology. The project, which was funded by the EU, is seen as a demonstration of the technology as the first step toward the installation of rigid sail technology on larger commercial ships.

The 20-year-old fishing vessel Balueiro Segundo, which measures 135 feet in length, recently completed testing and commissioning of the eSail system developed by a Spanish company bound4blue in cooperation with Norwegian Kyma and Organización de Palangreros de A Guarda (ORPAGU), a Spanish operator of longliner fishing vessels. The eSAIL is a lightweight, compact technology with low maintenance costs that can be installed on both existing and newbuild ships.

The 342-ton fishing vessel will begin operating this week, sailing from Panama City with the new technology. It was fitted with a 12 meter (39 foot) high rigid sail. The system is powered by an autonomous control unit. The design and installation of the unit was approved by Bureau Veritas and the Dirección General de la Marina Mercante (Spain).

“This installation on the Balueiro Segundo vessel represents a great milestone for the company, as a first step towards future installations on larger ships and in different segments, such as tankers, bulk carriers, Ro-Ro or general cargo ships,” said José Miguel Bermúdez, CEO, bound4blue. “Having active collaboration with shipowners and institutions as catalysts for innovation such as, in this case with ORPAGU and the European Union through their support in the Aspiring Wingsails project, has been absolutely key to making this happen.” 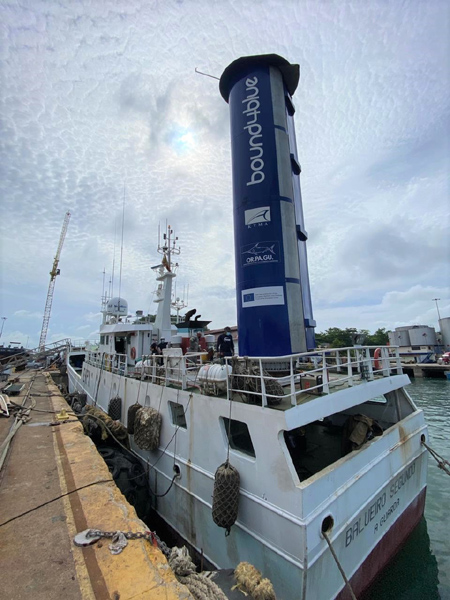 In the next phase of the project, Kyma, a manufacturer of ship performance monitoring systems, will be monitoring the operations of the fishing vessel. Data from the operations will be used to validate the fuel savings and reductions in emissions during the sea trials in the Pacific Ocean.

Bound4blue is also currently working on a larger version of the sail, which they anticipate moving into production shortly. They note that the system aboard the fishing vessel is fully scalable. A larger version of the technology, which features a 56-foot-high, fully tillable sail, will be installed on a general cargo ship later this year.

This installation on the fishing vessel is part of a project, which started in 2018 as part of Kaleido’s Fishing Accelerator. The manufacturing and commissioning of bound4blue’s technology and Kyma's monitoring system were co-funded by the European Union, in the framework of the Aspiring Wingsails project, while ORPAGU has received institutional support from the European and Maritime Fisheries Fund and the Spanish Ministry of Agriculture, Fisheries and Food. 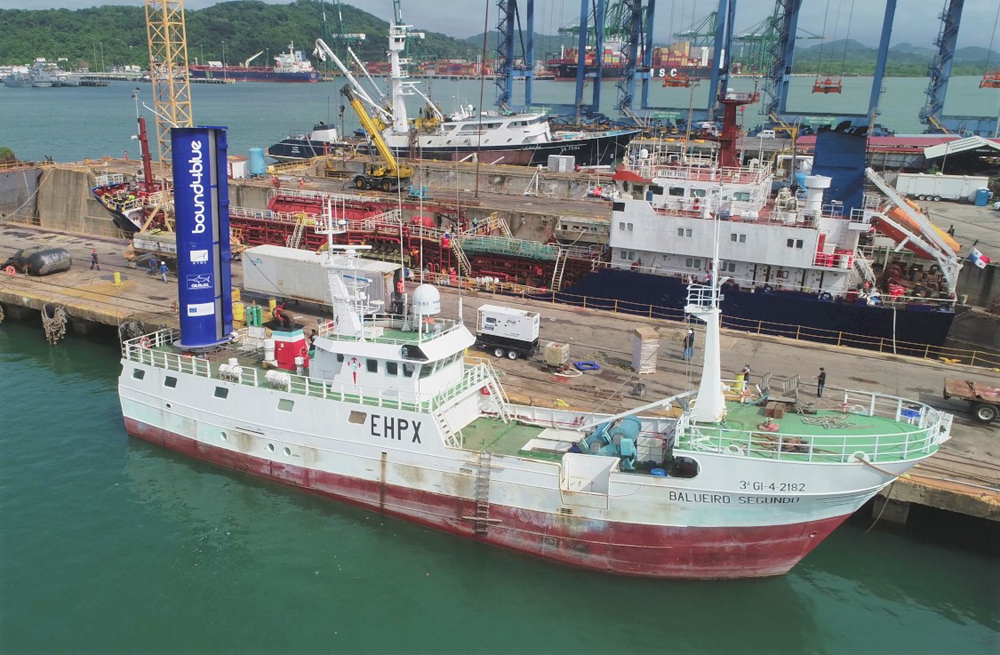