Western Australia's Premier Mark McGowan has admitted he was unsure why the world's largest private residential cruise ship, The World, was following a star-shaped track of the coast. 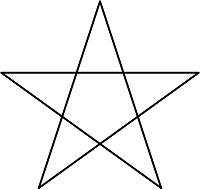 The World, with all guests evacuated and only a skeleton crew onboard, left Fremantle on April 6. “We don’t really know why she’s doing that,” he said. But a spokesman for vessel said the captain was having a bit of fun with a navigation training exercise. The five-pointed star is a holding pattern that covers the maximum distance in the smallest possible area.

The vessel was due to spend two months circumnavigating Australia between February and March until delayed by the COVID-19 pandemic. She was then ordered to leave Australian waters, and future trips have now been canceled until July.

There have been no cases of COVID-19 onboard The World, but other cruise ship passengers and their contacts make up about 40 percent of all COVID-19 cases in Western Australia.