The U.S. government is making arrangements to evacuate American citizens from the quarantined cruise ship Diamond Princess, a top official with the Centers for Disease Control has told the Wall Street Journal.

The State Department is arranging two flights with enough space to give the ship's 380 American passengers the opportunity to return to the U.S., according to Henry Walke, director of the CDC Division of Preparedness and Emerging Infections. Those accepting the offer would be evaluated by a CDC health team in Japan, and if they pass a checkup, they would be flown to Travis Air Force Base in California. They would be required to wait in quarantine for an additional 14 days after returning to the U.S.

At least one passenger would rather wait it out. Matthew Smith, who has meticulously documented each shipboard meal on Twitter throughout the quarantine, noted that there are just a few days left until February 19, the date that Japanese authorities have said they will allow passengers to leave.

"As long as the official plan by Japanese health officials is to release those of us who are still healthy from quarantine in just under four days, why would I want to interfere with that by taking up an offer from U.S. officials to fly us back to Travis AFB?" he wrote. "For me and my wife . . . we would like to just finish the quarantine on the ship as planned, decompress in a non-quarantine environment in Japan for a few days, then fly back to the U.S. pursuant to our own arrangements."

The process of disembarkation is already beginning: the Japanese government is giving some elderly passengers aboard the Diamond Princess the option of transferring to shoreside accommodations. On Friday, 22 out of the 3,500 people on board received permission to enter a quarantine site on shore, and 11 accepted. Only passengers over the age of 80 are eligible in the initial round, and priority is given for those with pre-existing conditions and those with interior cabins.

218 people have tested positive for the novel coronavirus and have been evacuated from Diamond Princess so far. 11 of these identified patients are now in serious condition, according to Japan's Ministry of Health.

Coronavirus fears lead to disruption for cruise lines in Asia

Taiwan has declared its ports temporarily closed to international cruise ships due to concerns over the novel coronavirus, and Vietnam appears to have followed suit. Norwegian Cruise Line told USA Today on Friday that Vietnam's ports are no longer open to cruise ships, and that this has forced the cancellation of an upcoming sailing of the vessel Norwegian Jade.

In addition, Vietnamese authorities did not give permission for the cruise ship AIDAvita to enter the port of Cai Lan on February 13-14, an AIDA spokesperson told USA Today. The vessel diverted to the port of Laem Chabang, Thailand instead.

Like the Westerdam - another Carnival Corporation vessel that recently had difficulty finding port access in Asia - AIDAvita's passenger complement was reported to be in good health, with no suspected cases of coronavirus on board, AIDA said.

As for Westerdam, her long journey is now over. After calling in Hong Kong, a port that is subject to travel restrictions due to concerns over the coronavirus, she was refused entry in Taiwan, Japan, Guam and Thailand. With the help of American consular officials, she gained permission to enter the port of Sihanoukville, Cambodia, where she began disembarking passengers on Friday. 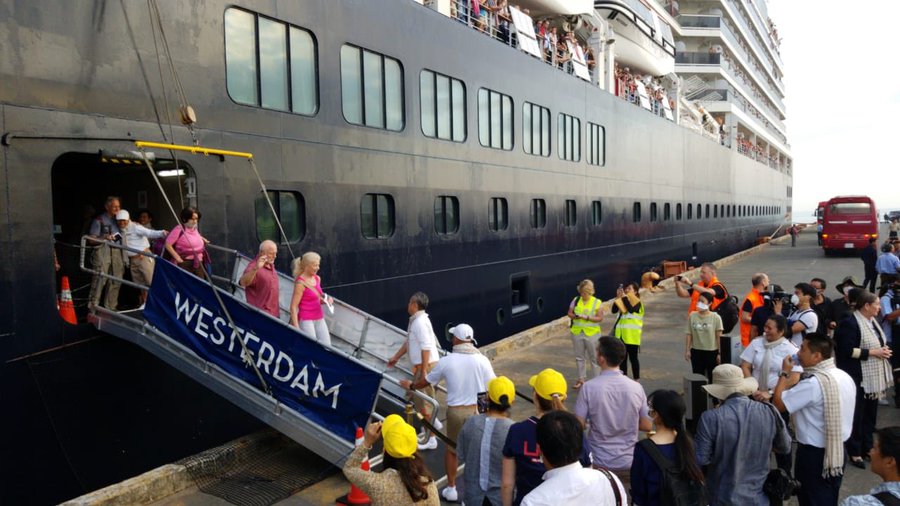