The Russian-flagged tanker Inda - formerly the Linda, sanctioned by the U.S. Treasury and accused of transporting Iranian oil - has been loitering off the coast of India since late May. Familymembers of the crew are growing concerned for their wellbeing, according to Russian media.

Yulia Khairulaeva, the wife of a crewmember aboard the Inda, told the Russian outlet Lenta.ru (a property of Russian government bank Sverbank) that the crew had gone several months without food or medicine while loitering off the coast of India.

Her account aligns with AIS tracking data. Inda arrived off Chennai on a voyage from the Singapore Strait on May 25, but she did not enter port. Instead, she headed south for Sri Lanka at a slow bell, rounding its southern coast and then transiting northwest along India's coastline, never exceeding three knots. She arrived off Gujarat in early July, and she has loitered about 50 nautical miles off Alang in recent weeks. She reports her draft as eight meters (in ballast). 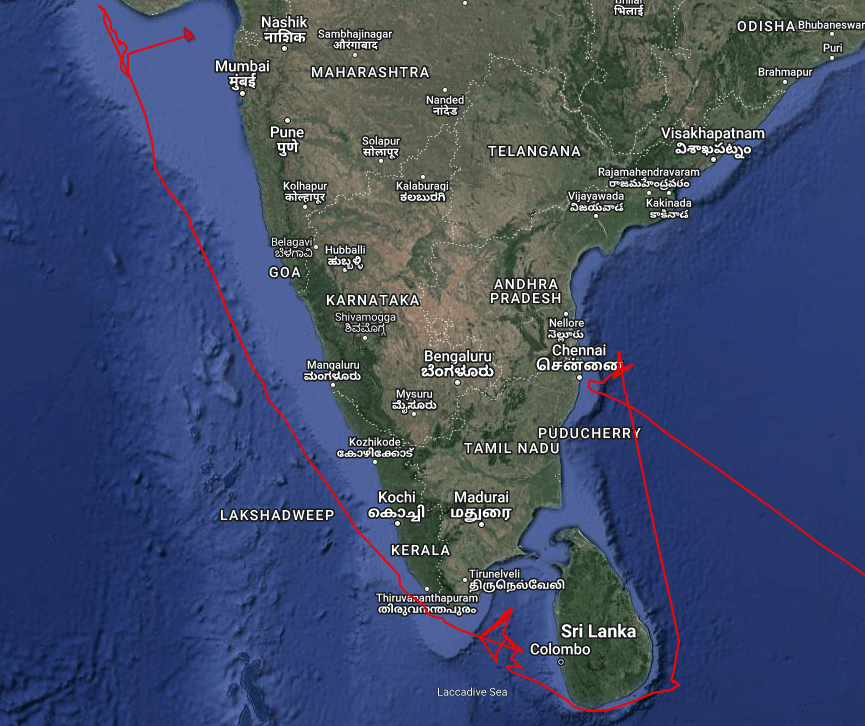 Lenta's reporters contacted the operator, Transmorflot, and learned that the vessel needs repair but could not enter port in India due to sanctions. Western sanctions on Russia have limited impact in India, but the Inda was specifically blacklisted by the U.S. Treasury in February for connections to sanctioned bank Promsvyazbank. Transmorflot is also named on the Treasury's blacklist.

Khairulaeva asserted that a lack of medicine on board the ship is causing health problems for some of the crewmembers, and that food is running low. She said that the crewmembers were well past their contract end dates - some have been aboard for 15 months - and she accused the vessel's owner and the crewmembers' union of failing to intervene on the crew's behalf.

Inda (ex name Linda) is a 2003-built Aframax flagged in Russia. She has been owned by Transmorflot since 2020.