The U.S. Committee on the Marine Transportation System (CMTS) has released its report, A Ten-Year Projection of Maritime Activity in the U.S. Arctic Region, 2020–2030, estimating that 377 vessels could be operating in the region by 2030.

The report details how future natural resource activities, commercial shipping, infrastructure development, oceanographic research, tourism and ship construction may influence vessel traffic in the region over the next 10 years. The Most Plausible Scenario estimate of 377 vessels represents nearly 50 percent growth over current levels and over 200 percent growth from 2008 levels. 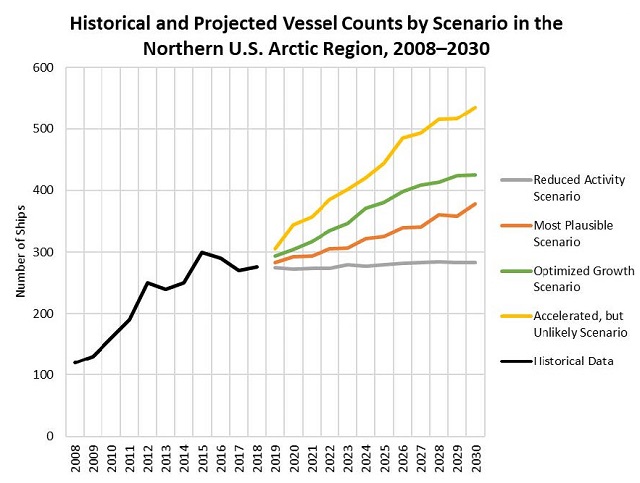 The U.S. is an Arctic Nation, with over 46,600 miles (75,000 kilometers) of shoreline in Alaska, including the Aleutian Islands. Three Arctic seas bound the State of Alaska: the Bering, the Chukchi, and the Beaufort. 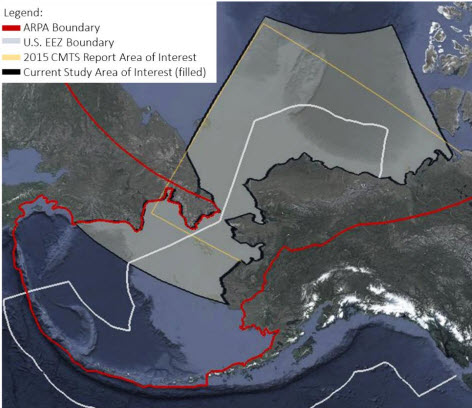 Over the next decade, it is anticipated that natural resource activities in the Arctic, particularly the growth of LNG shipments from Russia and vessels needed to resupply mining operations in northern Canada, will play a large role in the volume of traffic transiting through the Bering Strait.

Other highlights of the report include:

•     The Arctic waters around the Bering Strait are transitioning from having a mix of regional operators to an increasingly diverse and international set of operators, with the number of unique vessel flag states increasing by 28 percent in recent years;
•     The coastal waters in the Bering Strait remain some of the most heavily transited in the region;
•     The navigation season grew from 159 days in 2016 to 180 days in 2018, as measured by vessel presence.