In a hearing Tuesday, Representatives Don Young and Duncan Hunter of the House Subcommittee on Coast Guard and Marine Transportation scrutinized the U.S. Coast Guard's opposition to the use of commercial icebreakers. The Coast Guard faces a gap between the retirement of an existing icebreaker and the construction of a replacement; the service has ruled out the use of a vessel not suited to a military mission, and lawmakers questioned whether there was a viable alternative to fill the gap.

Rep. Young pushed Vice Commandant Adm. Charles Michel to explain why he had rejected a proposal for a specific commercial icebreaker, and described Michel’s response regarding a military mission as a "bull---- answer . . . I'm talking about moving ice."

Rep. Young did not mention the name of the ship in the hearing, but afterwards, his spokesman told Alaska Public Media that the proposal he referred to was for the Aiviq, an ice-classed offshore support vessel built for now-canceled Arctic oil and gas projects. 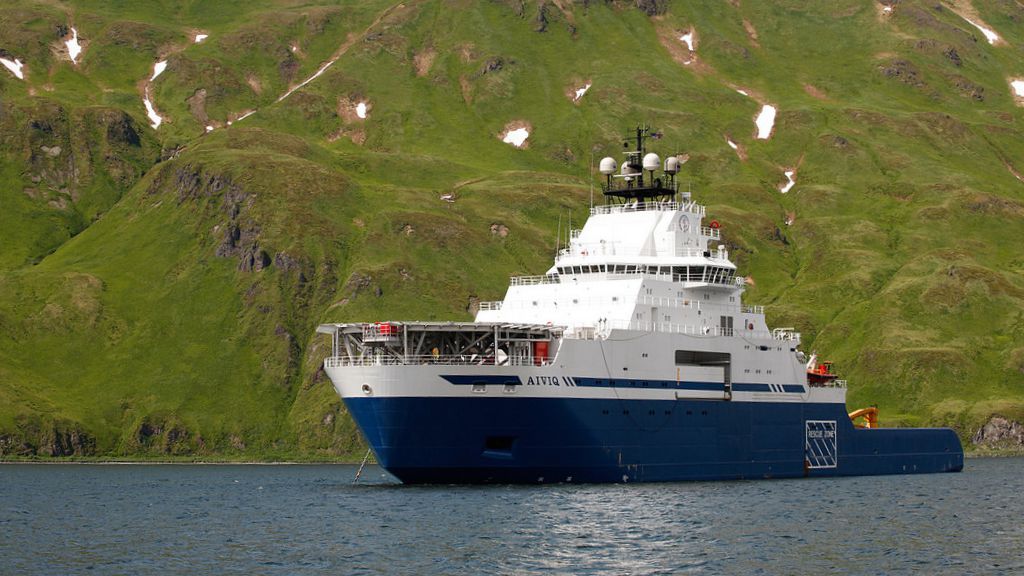 Without modification, the Aiviq is somewhat less capable than the Coast Guard medium icebreaker Healy, and is not in the same class as the heavy icebreaker due to retire next decade, the Polar Star. Aiviq is ice classed ABS A3 – designating the ability for independent operation on the Arctic offshore shelf for half of the year, in Antarctic ice for four months of the year, and, in stable pack ice of the Central Arctic, only on "short term, short distance entries during July through December." Aiviq can break three feet of ice at a speed of five knots; the Star is rated to operate in 21 feet of ice by backing and ramming – enough for year-round access to nearly any ice-covered sea in the world.

Davies Shipyard and Federal Fleet Services have been working separately to sell the Aiviq to the Canadian Coast Guard, citing the vessel's availability now that the majority of the oil and gas programs she was made to support have been canceled. Canada faces a decade-long icebreaker gap, says Davies, describing the offering as a "rare opportunity to acquire a modern, Polar Class 3 icebreaker which can be converted for use by the Canadian Coast Guard at a highly affordable price." Aiviq is estimated to be worth about $200 million.