Titan LNG has completed the largest LNG bunkering to date, fueling Heerema's new eight-legged crane ship Sleipnir in Singapore this week. The vessel was supplied with over 3,000 tonnes of LNG.

Titan LNG chartered the Coral Fraseri for the delivery, the newest addition of the Anthony Veder small scale LNG pool of vessels. The ship loaded in Singapore at the SLNG terminal where Titan LNG sourced the fuel from Pavilion Gas. She then followed Sleipnir offshore and performed a ship-to-ship operation to cool down and fill the tanks.

Sleipnir, the world’s largest and strongest semi-submersible crane vessel (SSCV), will now set course for Spain. The trip will take about 45 days rounding, South Africa’s Cape of Good Hope. In the Mediterranean, Titan LNG will again supply Sleipnir using the Coral Fraseri which will pass through the Suez Canal. 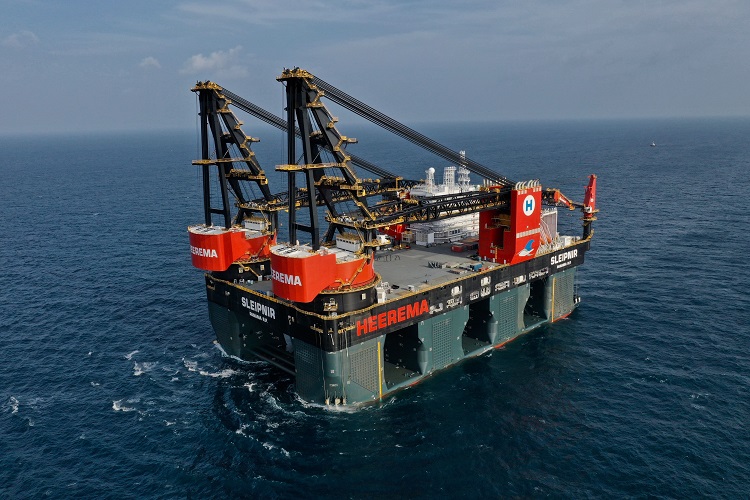 Named after the Norse God Odin’s eight-legged stallion and newly completed at Sembcorp Marine's Tuas Boulevard Yard, Sleipnir has a 220 meter by 102 meter (722 feet by 394 feet) reinforced deck area, making her the largest crane vessel to be built. The vessel also has two 10,000-tonne revolving cranes which can lift loads of up to 20,000 tonnes in tandem. 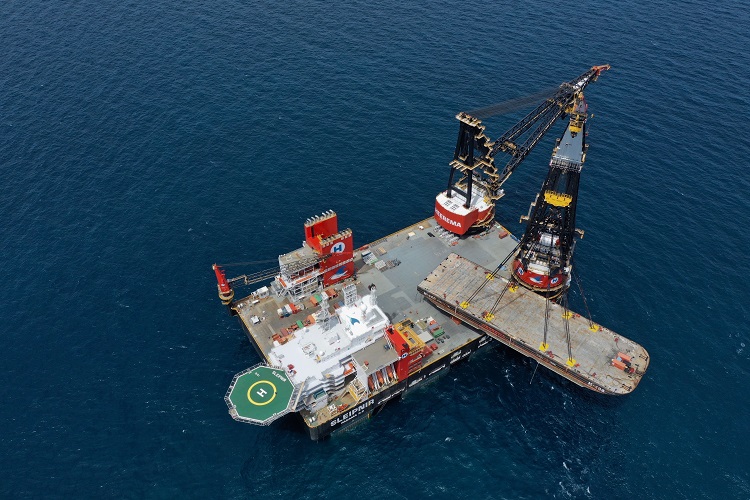 Sleipnir can accommodate 400 people and will be deployed globally for installing and removing jackets, topsides, deep-water foundations, moorings and other offshore structures. Her cranes are the world's strongest pair of revolving cranes for offshore oil, gas and renewable energy installation and decommissioning jobs to date. With her single-lift capability catering to larger integrated structures than previously possible, Sleipnir is expected to minimize offshore assembly work and raise operational efficiency for the industry.

Sleipnir is also the world's first LNG-powered construction vessel. Her other environmental credentials include LED lights and capability for connecting to shore power. 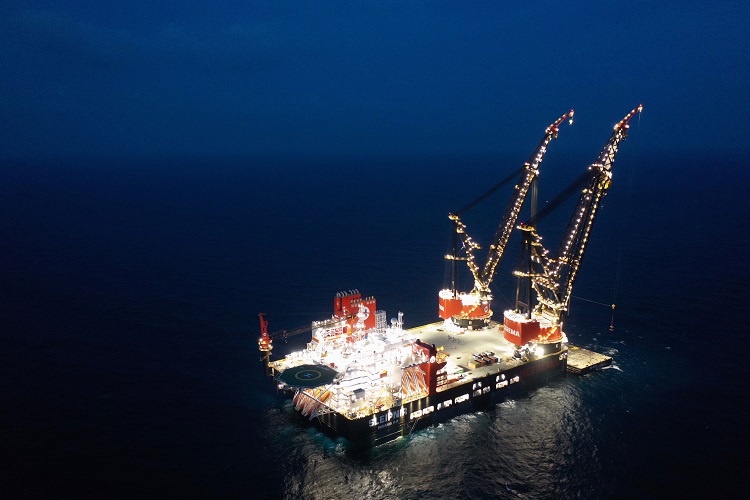 During her recent sea trials, Sleipnir’s speed was tested, and when fully deploying all eight thrusters, a speed was reached of 12.2 knots. Her dynamic positioning system can keep her stationary within the footprint of a garden tile of 30 x 30cm (12 x 12 inches) during operational work.