Severe droughts and low water levels have revealed unseen pieces of maritime history in Europe and the United States this season, including scuttled Nazi riverboats on the Danube and a sunken 19th-century cargo vessel in New Orleans. The U.S. Forest Service has just added a lost Higgins boat to the list, and at an unexpected location: Lake Shasta, an impoundment in Northern California's Shasta-Trinity National Forest.

Lake Shasta is about 33 percent full, half the average level for the month of October, and banks and bottomlands which are ordinarily submerged have been exposed for the first time in years. The receding waters have also left a WWII-era landing craft high and dry in an unnamed cove. Photos provided by the Forest Service show a grounded channel marker visible above and behind, a reminder of the normal location of the shoreline.

The craft is a Higgins boat, one of the 23,000 wood-and-steel landing craft churned out by Higgins Industries over the course of WWII. The abandoned boat appears remarkably intact, its framing and sheathing largely undisturbed. Its bow ramp is down, as though in the act of a ghostly landing - an all too appropriate image, as the craft was likely present at some of the toughest battles of the war. 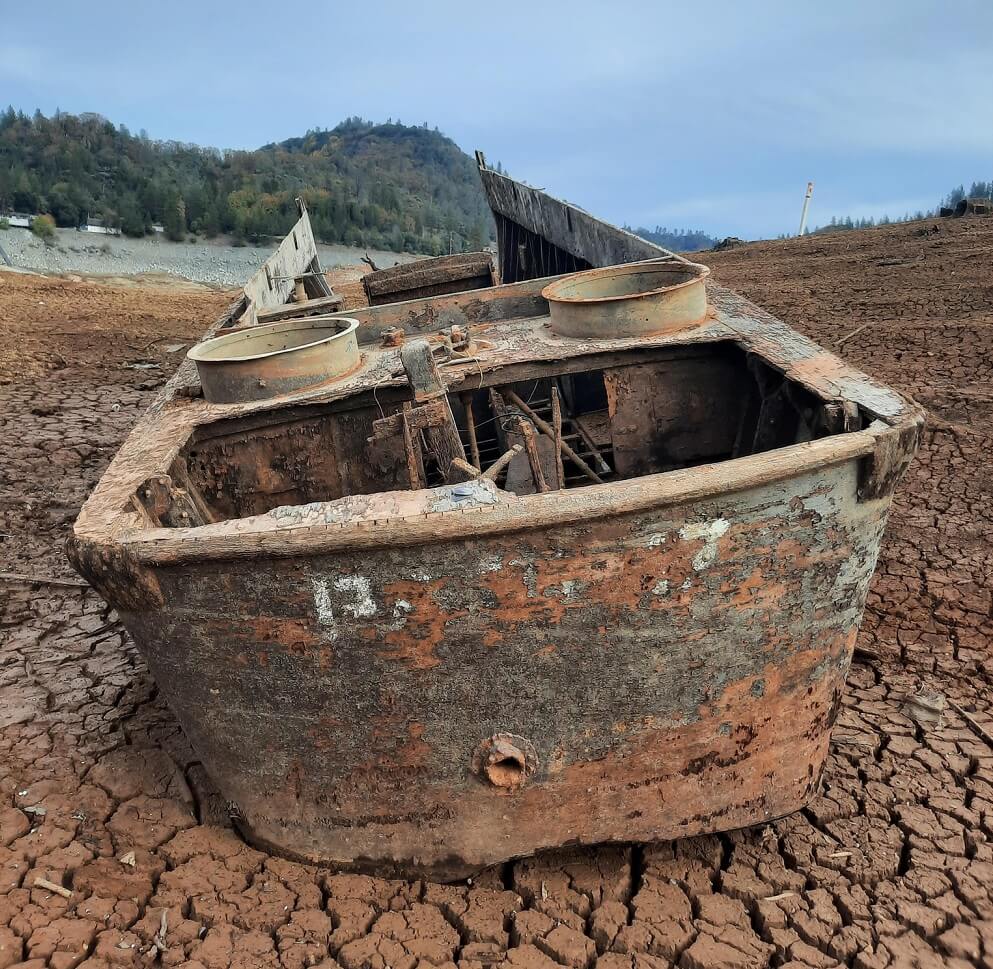 The Forest Service reports that the boat is marked with the numbers "17-31," which correspond to a boat assigned to the USS Monrovia, a U.S. Navy attack transport. In 1943, Monrovia served as the command ship for Lt. Gen. George Patton's 7th Army during the Allied invasion of Sicily, Operation Husky. In the Pacific, she supported the fierce fighting on Tarawa, the first major contested beach landing of the island-hopping campaign. She shuttled back and forth across the wide expanse of the Pacific for the remainder of the war, delivering troops to the beach at Kwajalein, Saipan, Guam, Leyte, Luzon and Okinawa.

The newly-discovered Higgins boat may be the only tangible reminder of Monrovia, which was scrapped in 1968. It is also a rarity in its own right: only a small number of intact examples of the design are still in existence, though they were made by the thousands. "Any 'restoration' will be done to preserve as much of the integrity of the boat as possible and will hopefully preserve it in a weathered 'combat fatigue' look, and that is how it is intended to be displayed at a museum in Nebraska," the Forest Service said. 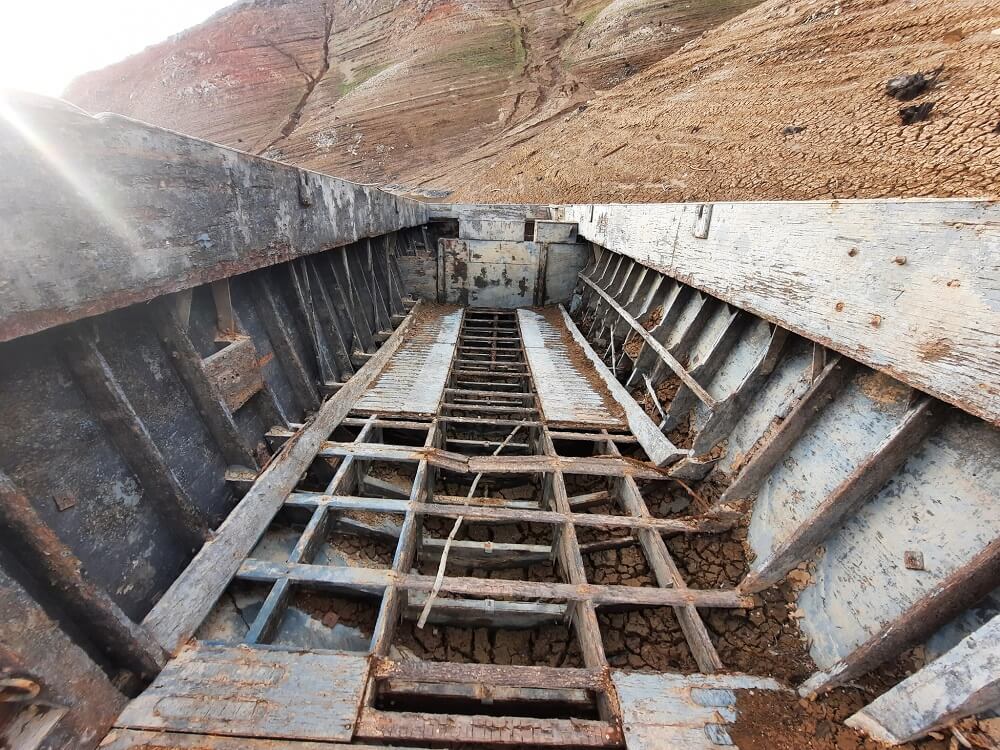