The stern section of the ill-fated container ship Maersk Honam has re-entered service with a new bow built by Hyundai Heavy Industries. She retains the same IMO number, but she now carries a new name - Maersk Halifax.

On March 6, 2018, as the Maersk Honam was under way off the coast of Oman, a fire broke out in a cargo hold forward of the wheelhouse. Five crewmembers died as a result of the blaze and an unspecified number were injured. The fire smoldered for months as salvors attempted to extinguish it, and the Maersk Honam did not enter a port of refuge until mid-May. 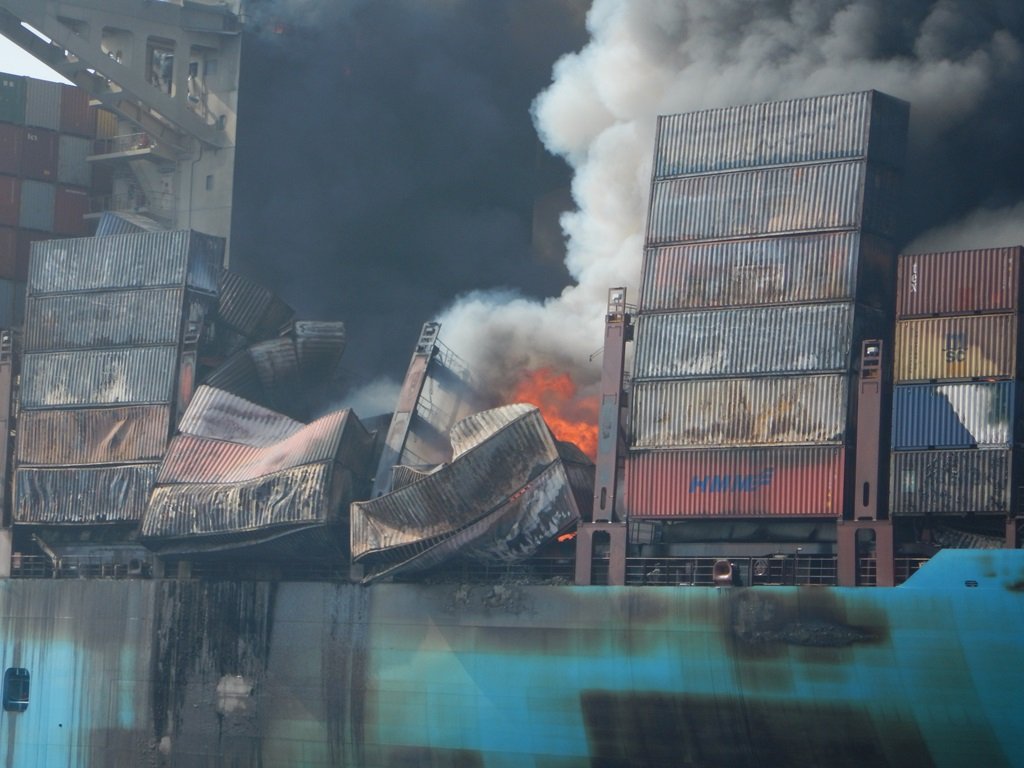 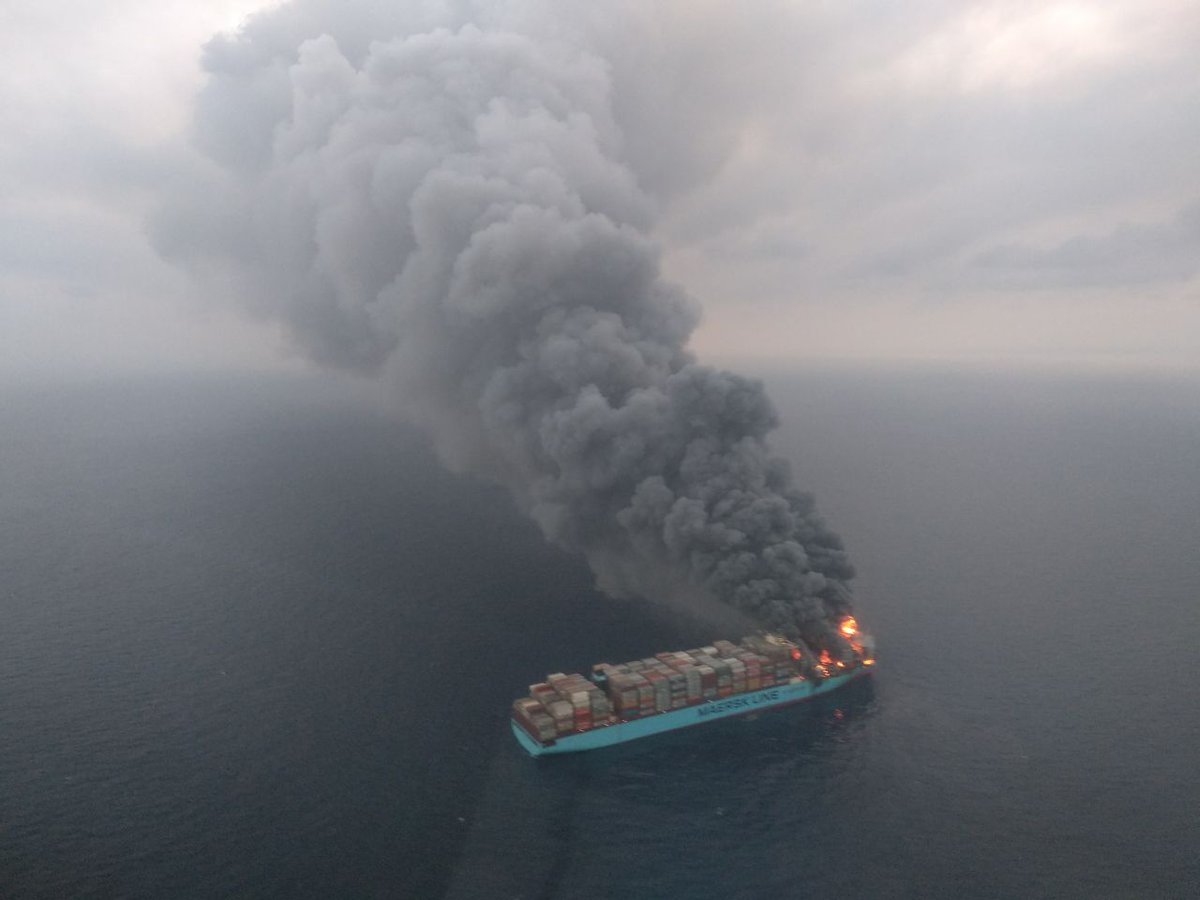 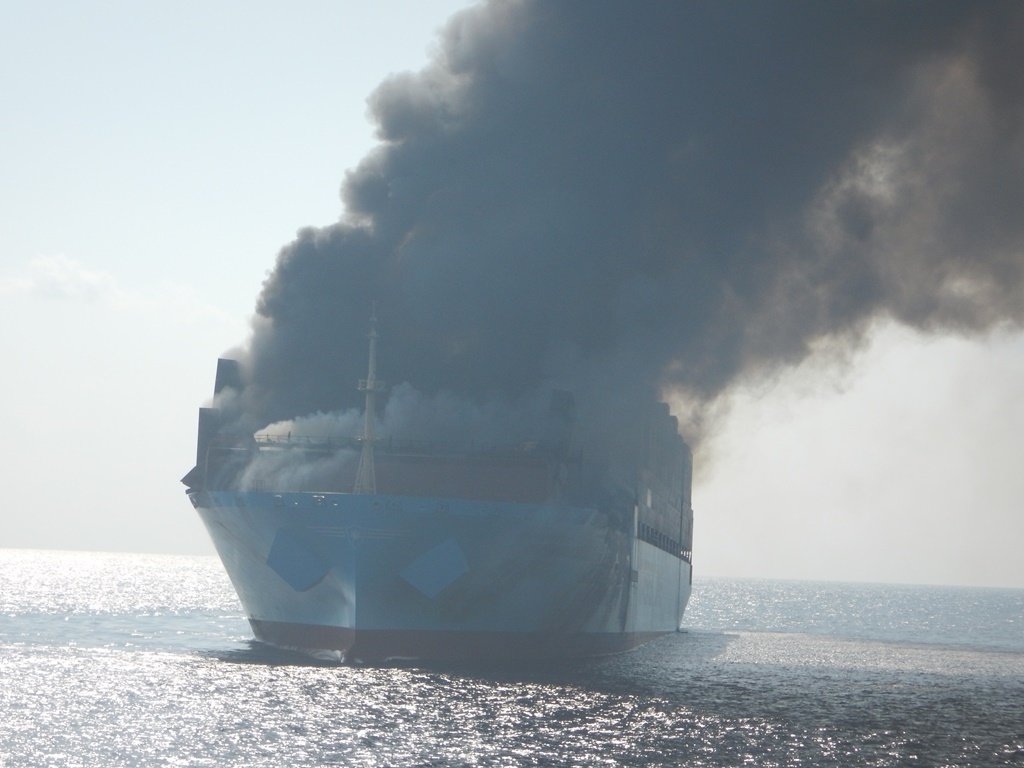 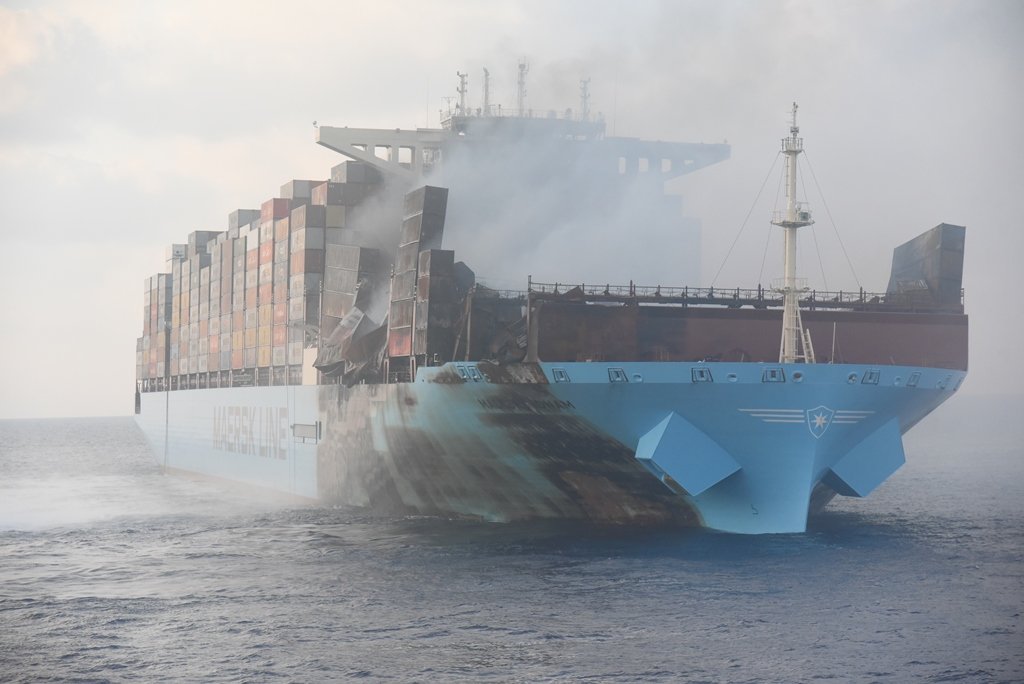 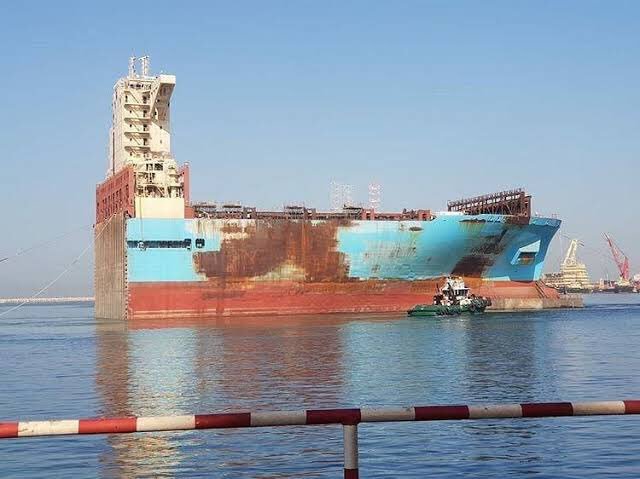 All cargo forward of the deckhouse was declared a total loss, and to retrieve the surviving containers from the stern section, cargo owners had to pay a salvage security of 42.5 percent plus a general average deposit of 11.5 percent. The cargo damage is likely to be the largest general average loss in history, according to the International Union of Marine Insurance (IUMI).

After unloading and surveying, the bow and accommodations block of the Honam were removed at Drydocks World Dubai for scrapping. In February, the surviving stern section was floated aboard the heavy lift ship Xin Guang Hua and transported to Hyundai Heavy Industries' yard in Geoje, South Korea. HHI refitted the Honam with a newly-reshaped bow, an exhaust scrubber and a new accommodations block, and now - nearly a year and a half after the fire broke out - she is re-entering service as the Maersk Halifax. As of Friday night, her AIS signal showed her alongside a container terminal at Busan New Port in South Korea.

Maersk believes that dangerous goods were implicated in the severity of the Maersk Honam fire, and while it has not concluded the exact cause of the casualty, it says that most fire incidents on its ships are caused by undeclared or misdeclared cargo - an industry-wide problem that continues today.

“We don’t yet know which exact container started the fire on Maersk Honam. But what we do know is that while the fire was burning, the amount and type of dangerous cargo in the cargo hold . . . and the fire's location are what enabled [it] to become so big and uncontrollable and to continue for as long as it did," said Palle Laursen, Maersk Line's CTO, in August 2018.