The Maritime Authorities of the Tokyo and the Paris Memoranda of Understanding (MoU) on Port State Control have launched the questionnaire to be used during a joint Concentrated Inspection Campaign on MARPOL Annex VI later this year.

The campaign will be held for three months, from September 1 to November 30. It is designed to establish the level of compliance with the requirements of MARPOL Annex VI and create awareness among ships’ crew and shipowners of its importance.

Port state control officers will use a list of 11 questions to assure that equipment carried onboard complies with the relevant statutory certificates, that master and officers are qualified and familiar with operations and that equipment is properly maintained and functioning.

If deficiencies are found, actions by the port state may vary from recording a deficiency and instructing the master to rectify it within a certain period of time to detaining the ship until the serious deficiencies have been rectified. In the case of detention, publication in the monthly detention lists of the Tokyo and Paris MoU web sites will take place.

It is expected that the MoUs will carry out approximately 10,000 inspections during the campaign. 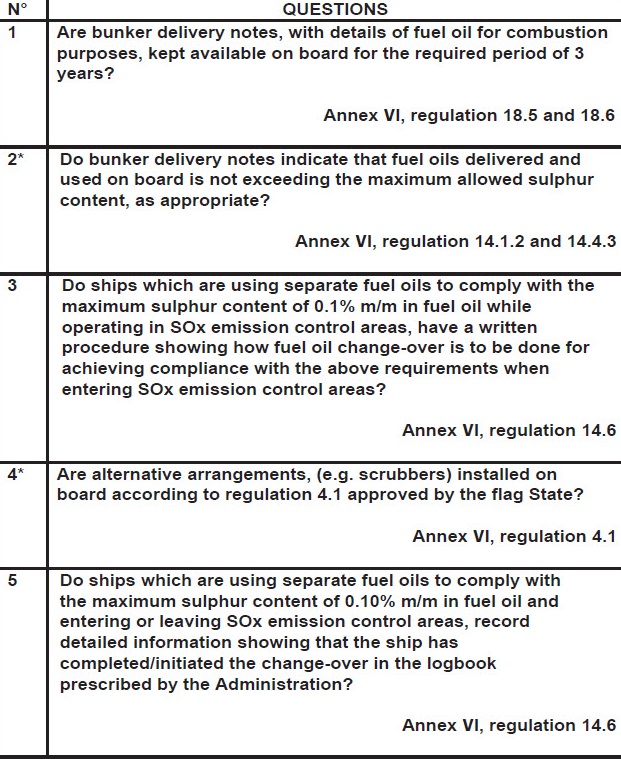 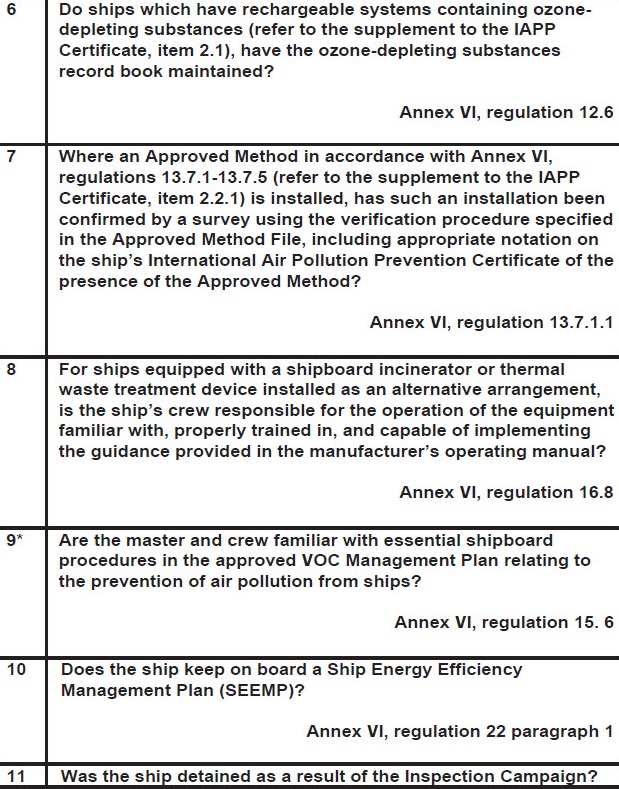