One of the two lines in the Nord Stream 2 pipeline network is now complete, despite heavy opposition from the United States, Russian President Vladimir Putin announced on Friday.

Speaking at a business forum in St. Petersburg, Putin said that the first line of Nord Stream 2 was complete from end to end, including shore infrastructure, and that gas pumping could begin within 10 days' time.

"[Today] the pipe-laying work of the first Nord Stream 2 line was successfully finished. Work on the second line is ongoing," he said. The second line is about 55 nm away from completion, according to the Kremlin.

Putin also raised the possibility that Russia would be willing to take euros in payment for natural gas, sidelining the dollar as the currency of choice for energy transactions. "The euro is completely acceptable for us in terms of gas payments," he said. "This can be done, of course, and probably should be done." 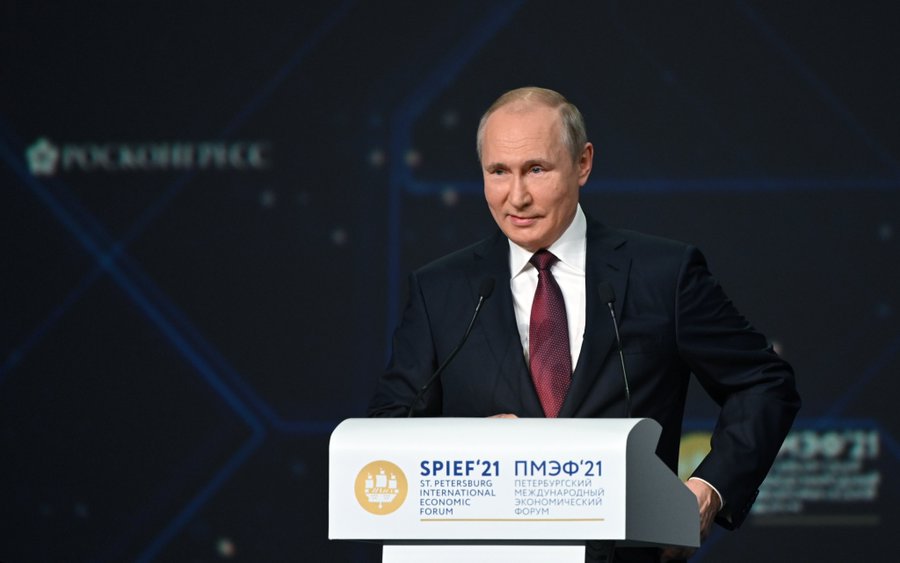 When complete, the new twin pipeline will double the capacity of the existing Nord Stream line under the Baltic, creating a new opportunity for Gazprom to boost sales to Western Europe - or to reroute gas volume away from the pipeline transit network through Ukraine. The Russian government is engaged in a state of near-warfare with Ukrainian forces in the Donbas region, where it supplies Russian-speaking separatist militias with arms and training, and it has occupied Ukrainian Crimea since its annexation in 2014.

The extra supplies of Russian gas are widely expected to undercut U.S. LNG shipments on price, reducing Europe's gas imports from the United States and increasing its dependence on state-owned Gazprom.