The Aulac Fortune arrived Tuesday morning in Hong Kong for a bunkering stop after delivering a cargo of gasoline in Dongguan. The explosion occurred at 1130 hours at a position about one nm to the south of Lemma Island, an outlying residential district of the city. Multiple cargo tanks were affected, including serious damage to a tank just forward of the house. Residents reported that the blast was forceful enough to rattle windows on several nearby islands. 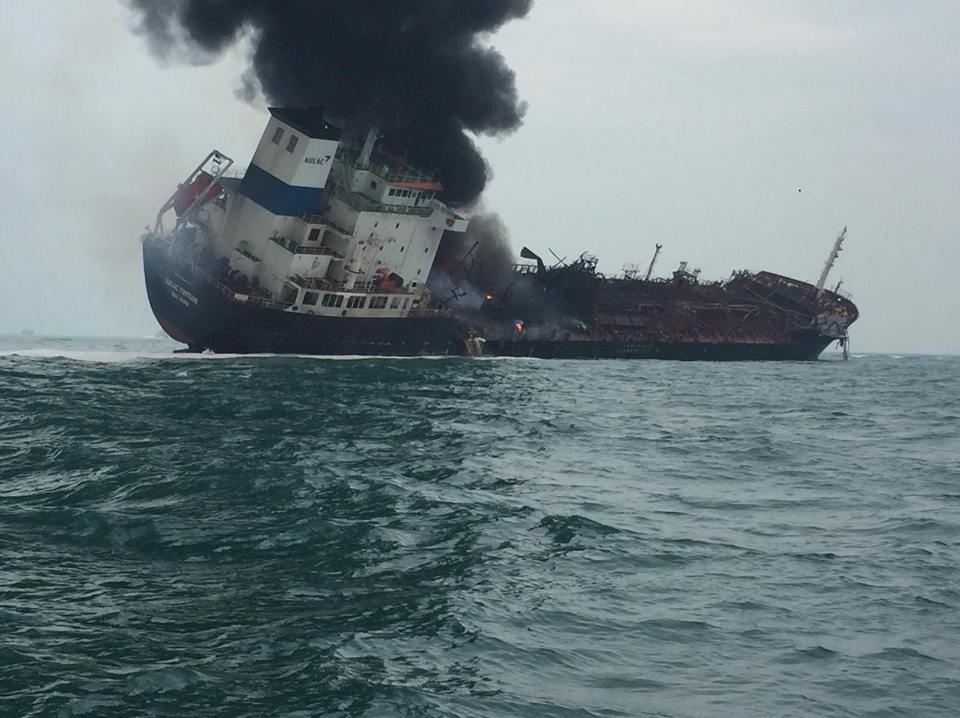 The crew abandoned ship into the water, and Hong Kong first responders rescued 23 survivors, including four injured crewmembers who have been hospitalized. One crewmember has been confirmed dead, and an additional two remain missing. Three fireboats, one dive boat, one helicopter, a police response vessel, 14 ambulances and about 140 fire and rescue personnel were involved in the casualty response.

The Aulac Fortune took on a 30 degree list after the blast, but she is not believed to be in danger of capsizing. Salvors plan to tow her to another location for an assessment and repairs. However, Hong Kong authorities say that she will have to cool for several days before operations on deck can begin.

“We will meet the Marine Department to discuss how to stabilize the vessel and allow investigators on board to find the cause of the fire,” said Fire Services division commander Yiu Men-yeung, speaking to SCMP.

The root cause of the casualty is still under investigation.