The Port of Virginia’s chief executive officer and executive director of the Virginia Port Authority, John F. Reinhart, will be retiring effective March 2021. Reinhart has overseen port operations for the past six and a half years, becoming the fourth person to lead the agency that owns and operates container and multi-use commercial marine terminals on behalf of the state of Virginia.

Reinhart is widely recognized as the architect behind the resurgence of The Port of Virginia. Beginning his position in February 2014, Reinhart immediately began the process of modernizing the port’s infrastructure and rebuilding the port’s reputation, brand and competitiveness. For nearly two years prior to his arrival, Virginia had been considering a private lease for the port’s operations. 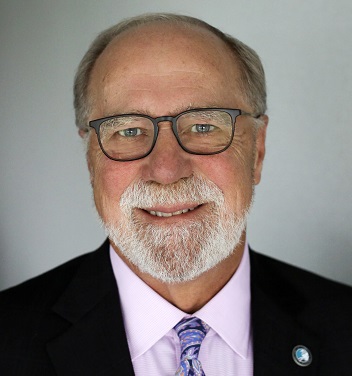 “We were operating at a disadvantage and had to regain our competitiveness,” Reinhart said in the press release announcing his planned retirement. “The only way to do it was to develop an investment plan and get to work on building a twenty-first century port. We had to demonstrate to the governor and General Assembly two things: that we were a highly competent team of experienced, creative, and capable long-term thinkers and that investing in the port would hold benefits for Virginia’s economy for decades to come.”

As a result of the effort, the port returned to profitability achieving record-setting cargo volume for six consecutive years. Under Reinhart’s leadership, the VPA/VIT relationship was restructured; the port pushed forward on the largest capital spending program in its history – nearly $1.5 billion; a new leadership hierarchy was implemented; the organization adopted seven core guiding values; the state made its largest one-time investment in the port; the operation adopted a focus on efficiency; and the port embarked on a dredging project that by 2024 will create deepest commercial harbor and shipping channels on the U.S. East Coast.

“John Reinhart was the right man at the right time,” said John G. Milliken, chairman of the VPA board. “His strength of character, combined with his clear vision and leadership skills, lifted The Port of Virginia from a very low point in early 2014 to its proper role as one of the nation’s pre-eminent commercial gateways.”

The effort to find the port’s next chief executive will be overseen by a search committee, which is comprised of five current VPA Board members, and will be aided by an international search consultant. The goal is to find the next CEO by the time of Reinhart’s retirement in ten months.