Gibraltar has an around-the-clock effort underway attempting to pump oil from the bulker that wrecked Monday night as it was departing the port. The oil leak intensified after the hull of the bulker “crumpled” yesterday afternoon causing Gibraltar to suspend port operations as it declared a “major incident,” Wednesday afternoon.

The Royal Gibraltar Police has also launched an investigation into the circumstances in which the OS 35 outbound hit the Adam LNG gas carrier that was anchored in a designated area outside the port. At mid-day on Thursday, the police released a statement announcing, “an individual was arrested and is now assisting detectives from the Crime Division, as they investigate the collision of beached cargo ship OS 35.” The police have declined to provide the identity of the individual and if it was a member of the crew, the pilot, or another person somehow involved in the incident. 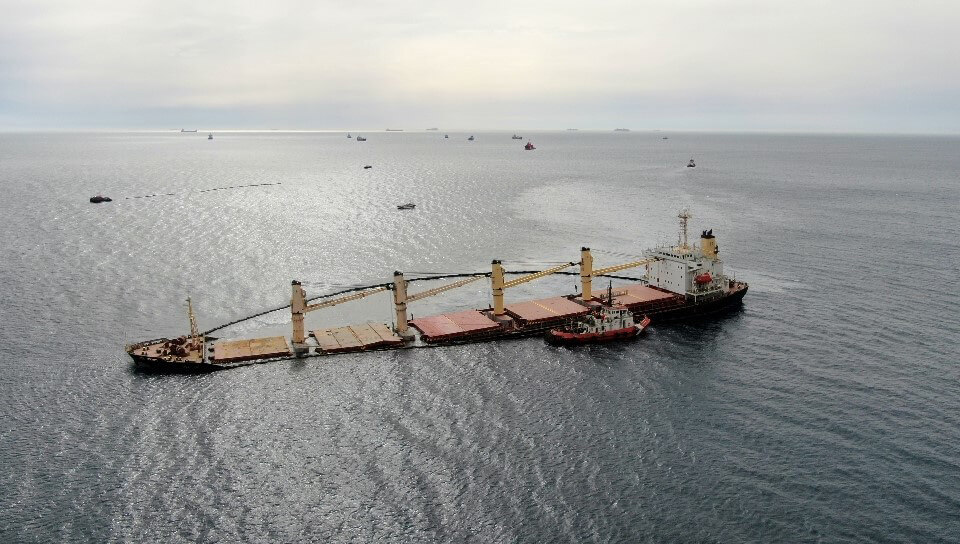 The condition of the 35,362 dwt bulker OS 35 remains overall stable after the hull ruptured on Wednesday. The Gibraltar Port Authority reported that while the hull had fractured the vessel had not yet broken in two but the crew was evacuated while salvage teams worked to contain oil leaks. The team had not started pumping the diesel and lube oils from the vessel before it fractured.

Initially, the port had been dealing with a small leak of hydraulic fluid from the vessel’s forward crane, but the fears are over the 183 tons of heavy fuel oil, 250 tons of diesel, and 27 tons of lube oil aboard.

A leak of low sulfur fuel oil (LSFO) has now been detected coming from the tank vents and booms and skimmers were deployed to control the leak. They were focusing on skimming the oil escaping from the boom while luckily the winds and tides were carrying the oil away from the nearby beaches.

As of late today, the authorities are reporting that they believe approximately half the LSFO that leaked has been contained and pumped into tanks. While it has been a significant leak, they are pointing out that it is a lighter-weight oil meaning it should be easier to dissipate and clean if any fuel oil reaches the shoreline. 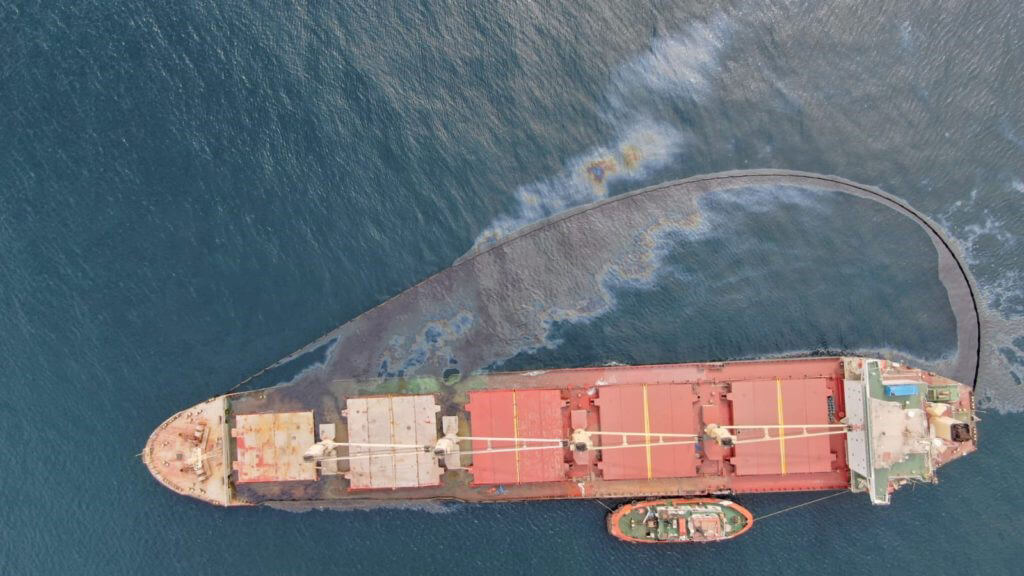 At the same time, they have been receiving assistance from Salvamento Maritimo with the skimming operations. They have also deployed additional booms in sensitive areas and more oil spill equipment is expected to arrive in Gibraltar from the UK on Sunday.