While on patrol about 200 nm to the southwest of Jamaica, one of Pinckney's helicopters spotted a suspicious vessel and vectored the destroyer in. After coordinating with the Colombian government and the Colombian Navy, the USCG detachment searched the vessel and detained six suspected drug smugglers.

During the evolution, Pinkney's crew found that one detainee required medical assistance for survival. The patient was medevaced and taken ashore for further treatment. The other detainees have been transferred to Colombian custody. 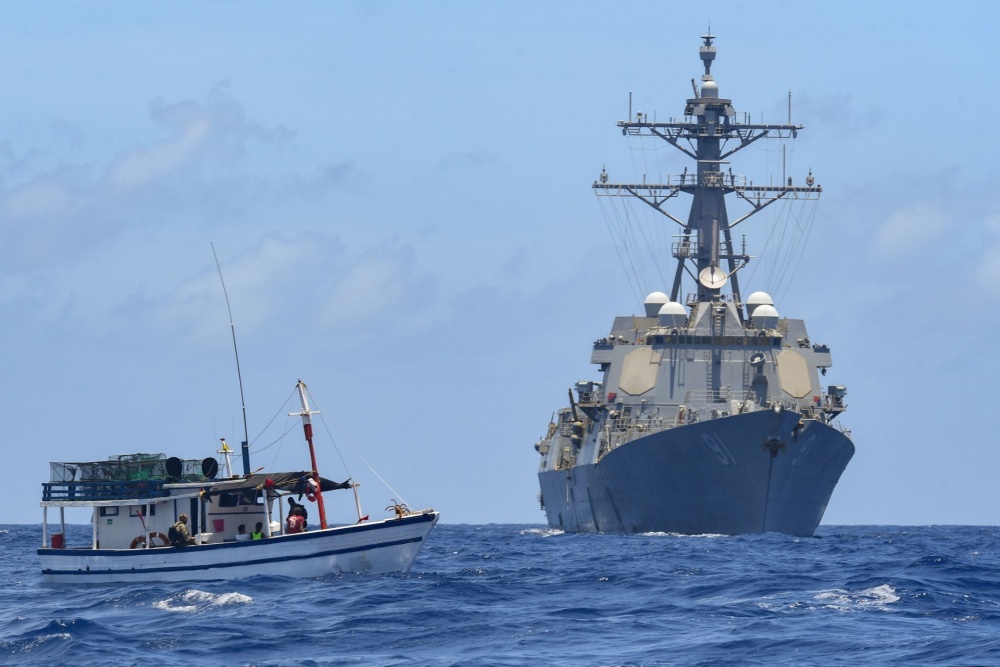 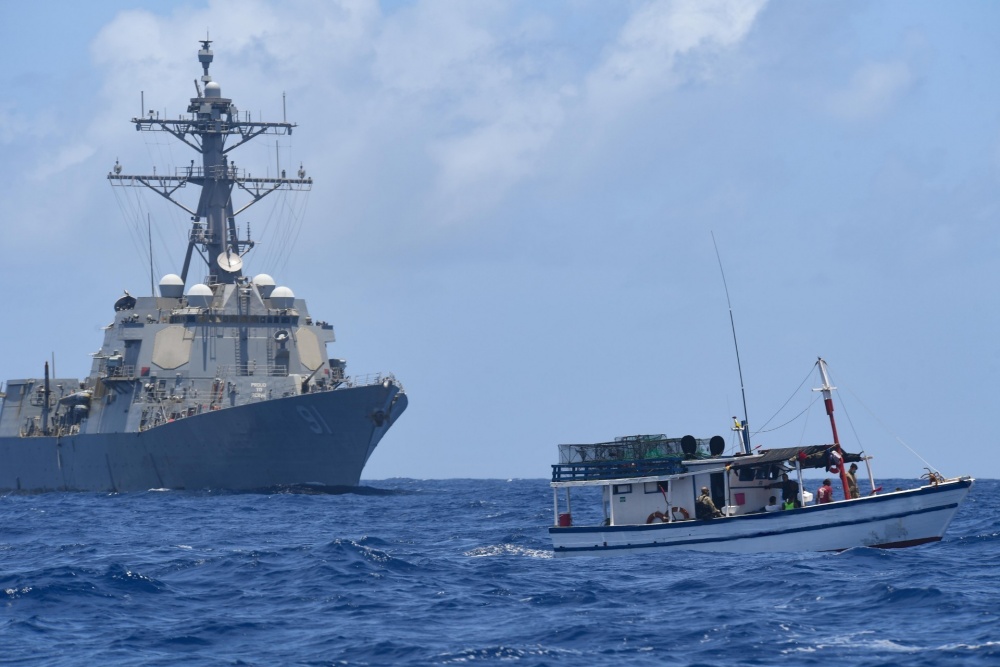 Pinckney's boarding team recovered an estimated 120 kilos of suspected cocaine with an estimated wholesale value of more than $4.5 million.

USS Pinckney is deployed to the Caribbean as part of Southern Command's anti-drug surge operation, which began on April 1.

Unlike the pattern seen in years past, recent research indicates that most of the cocaine headed north from Colombia is ultimately bound for Europe and other overseas markets, where prices are higher than in the United States. Central American container ports like Colon serve as transshipment hubs for these cargoes, and the majority of the northbound trafficking across the Caribbean and Eastern Pacific may be aimed primarily at moving cocaine closer to these seaports - not to the U.S. border.