Photos: Salvage Under Way for Capsized Tug in Outer Banks

On Thursday, salvage operations began for the semi-submerged tugboat Miss Bonnie, which went aground and partially capsized adjacent to the Old Bonner Bridge at Oregon Inlet, North Carolina.

At about 1109 hours last Sunday, while operating in poor weather conditions in close proximity to the bridge, the tugboat grounded and was overwhelmed by storm surge. This caused the tug to partially capsize and sink. Thanks to the assistance of a good samaritan vessel, all eight crewmembers escaped without harm.

A Coast Guard patrol boat noticed a diesel sheen emanating from the wreck on Monday, and a commercial response crew has monitored and conducted spill abatement. The U.S. Coast Guard says that it has overseen the deployment of 2,500 feet of sorbent boom and 1,600 feet of containment boom around the vessel to prevent any further spillage. The maximum potential for discharge is 6,000 gallons, but the Coast Guard believes that only 3,000 gallons were onboard the Miss Bonnie at the time of the casualty.

There have been no reports of impacts to wildlife, and the channel remains open to vessel traffic. The cause of the incident is under investigation.

"We're taking every precaution to ensure that the salvage process is as safe as it can be for all involved," said Lt. Chris Fisher, Supervisor for Coast Guard Detached Duty Nags Head, N.C. "We're also dedicated to making sure that any additional discharge of fuel is captured and collected before it can impact the environment."

Parbuckling and salvage operations began on Thursday (below). Currently, the approved salvage plan calls for the vessel to be dewatered and towed to a harbor of  refuge where the responsible party can develop a tow plan for the wreck. 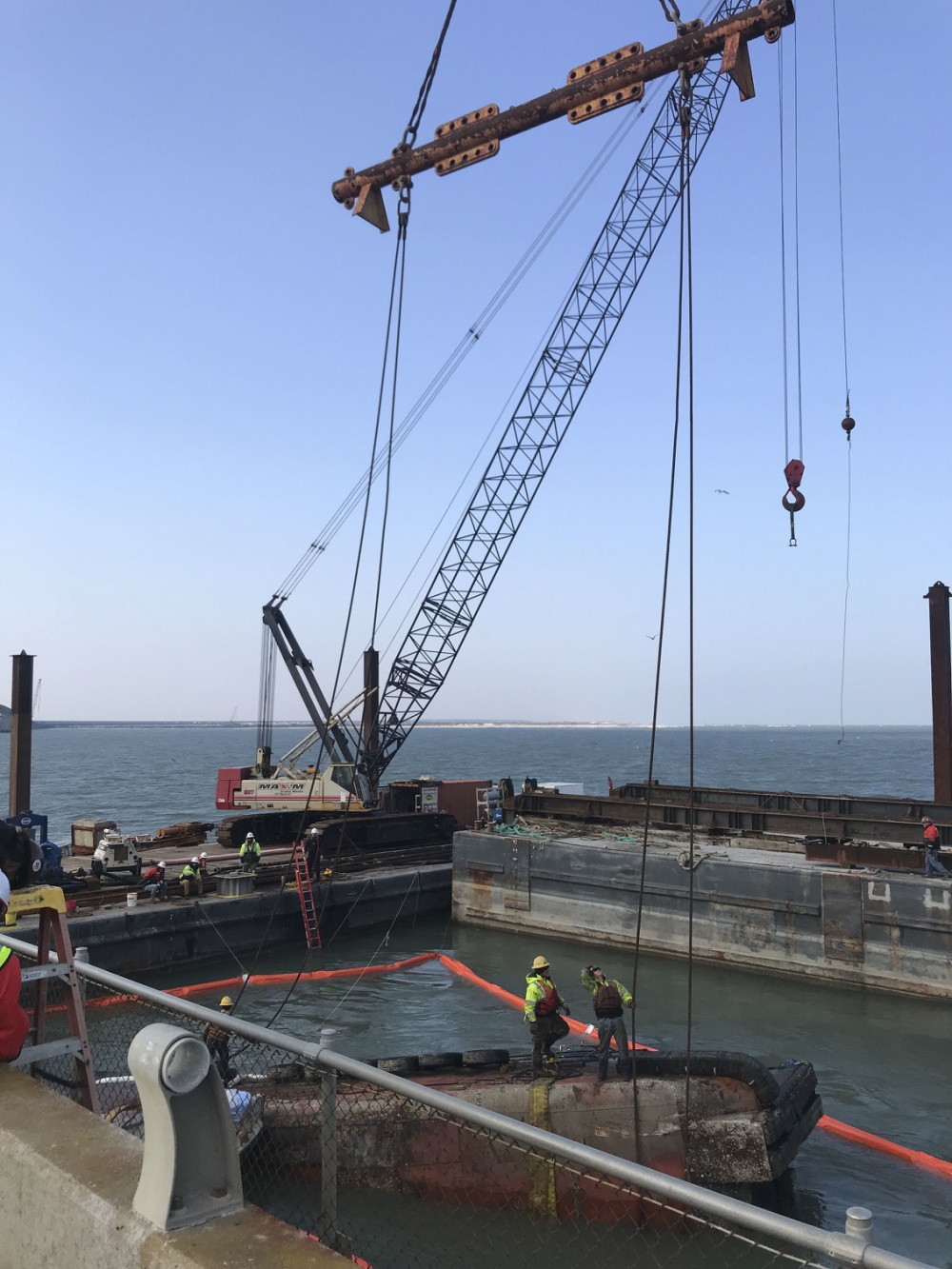 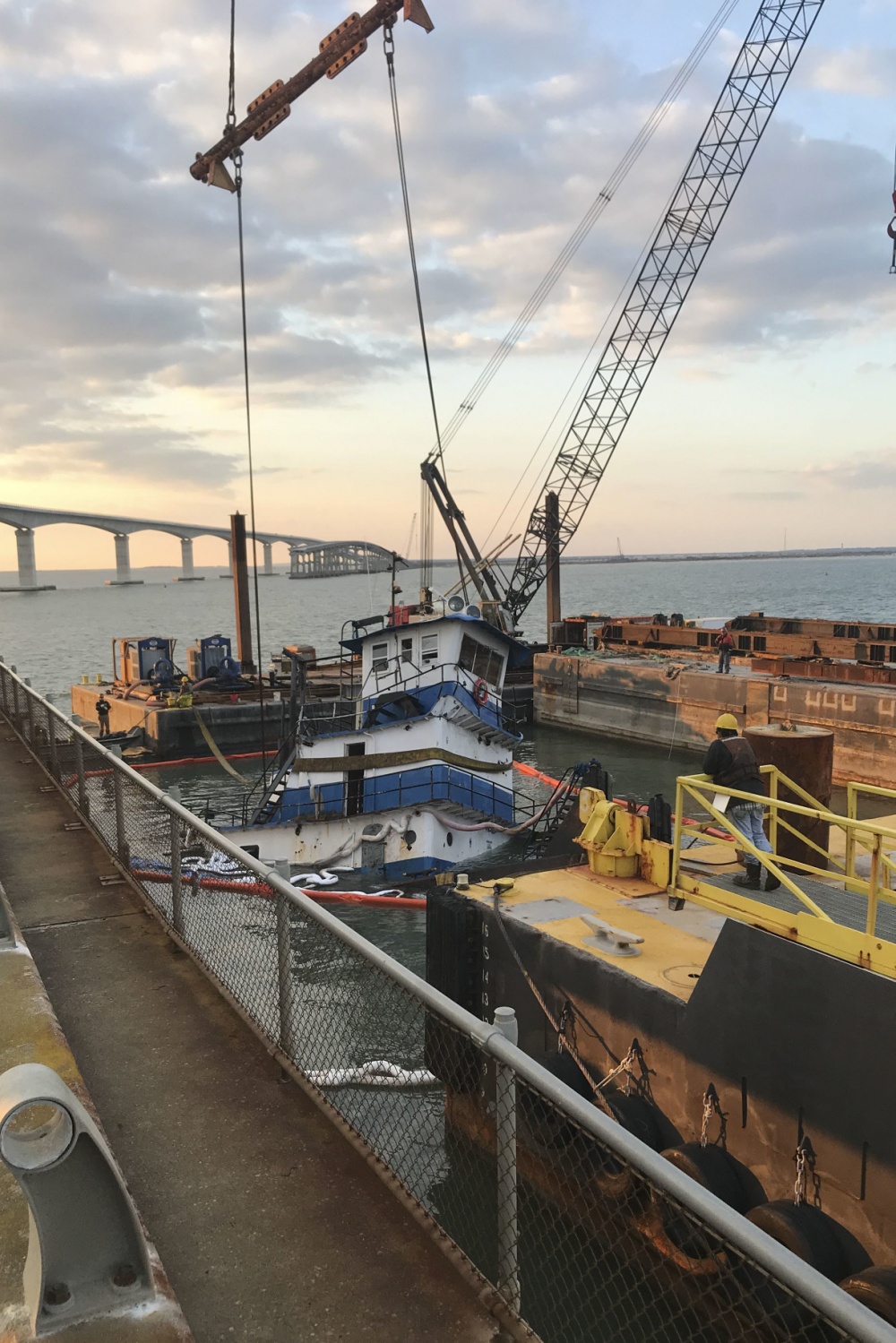 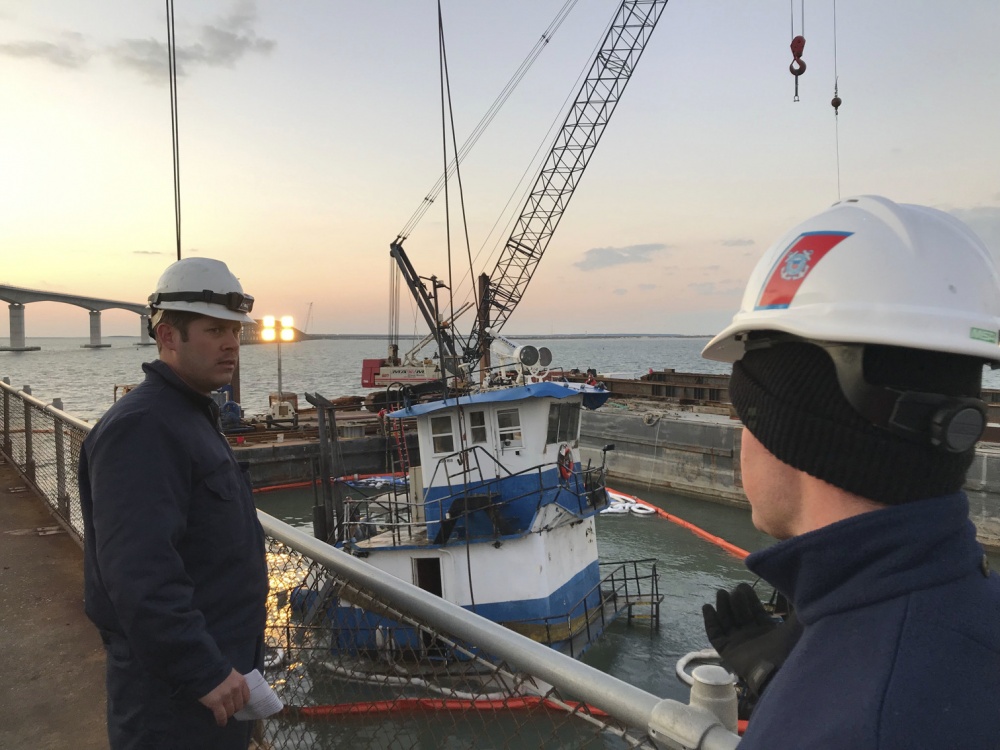 In addition to the USCG, the response team includes PCL Construction, NOAA, the North Carolina Wildlife Resources Commission and the National Parks Service.

Any damage to the the bridge's pilings may be moot, as it is currently undergoing demolition. A replacement opened early this year, and the removal of the old span began in March. A portion of the bridge will be retained as a fishing pier.