Construction is proceeding on the first U.S.-flagged Great Lakes freighter to be built on the Great Lakes in nearly 40 years. Being built for The Interlake Steamship Company at the Fincantieri Bay Shipbuilding facility in Wisconsin, the completed hull of the Mark W. Baker was christened and floated from the drydock on October 28.

Yesterday’s ceremonies marked the next major milestone for the 28,000 dwt vessel which is expected to enter service in the spring of 2022. Jointly designed by Fincantieri, Interlake, and Bay Engineering, the order for the bulk carrier was placed in April 2019. The engineering and pre-fabrication work for its modular sections began in the fall of 2019 and the first keel block was laid in June 2020. At the end of last year, the hull which was then approximately 70 percent structurally complete was moved from the drydock to make space for work on other vessels undergoing winter overhauls. 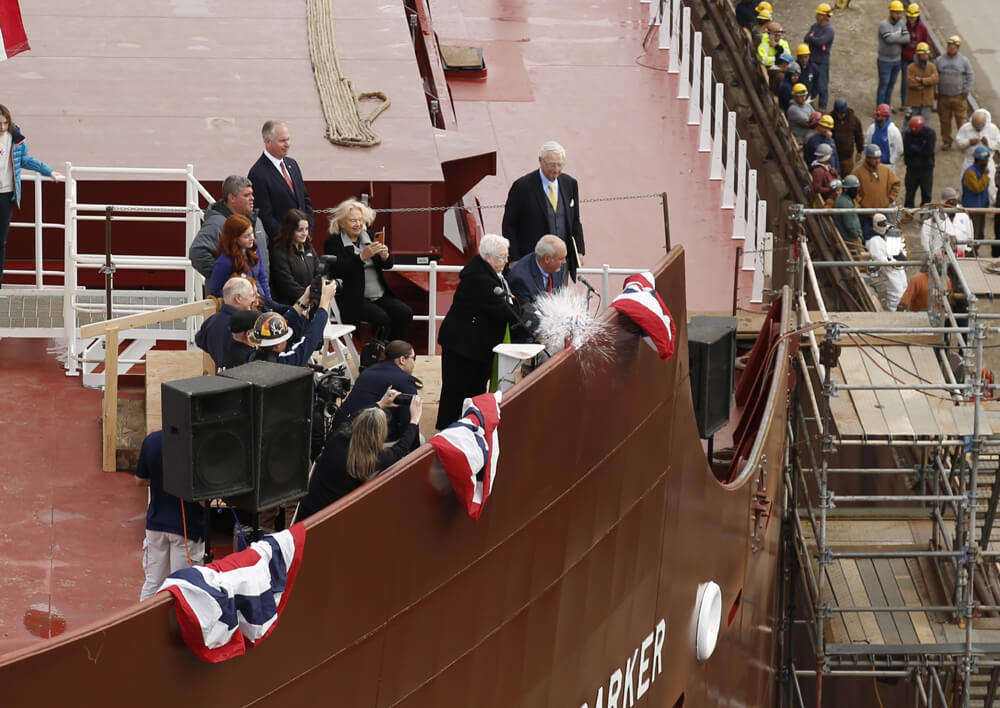 During the ceremony, Helen Sharp the wife of Ian Sharp, Interlake’s Director of Fleet Projects, who spearheaded the design of the new build, was given the honor of acting as sponsor. She christened the ship with a ceremonial bottle of champagne against the bow of the ship just above the vessel’s nameplate. Tugs in the shipyard blew congratulatory salutes, and then shipyard workers opened the valves in the dry dock to let water flow in. The process of floating the ship took about six hours.

“Today is truly gratifying for our company to commemorate the first time the completed hull of our new ship has touched water,” said Mark W. Barker, President of The Interlake Steamship Company and namesake of the new vessel, which is the first new ship constructed for the maritime company since 1981.

The new River-class, self-unloading bulk carrier is believed to be the first ship for U.S. Great Lakes service built on the Great Lakes since 1983. Measuring 639 feet in length, the ship will transport raw materials such as salt, iron ore, and stone to support manufacturing throughout the Great Lakes region. The bulk carrier will be equipped with advanced vessel and unloading systems automation. 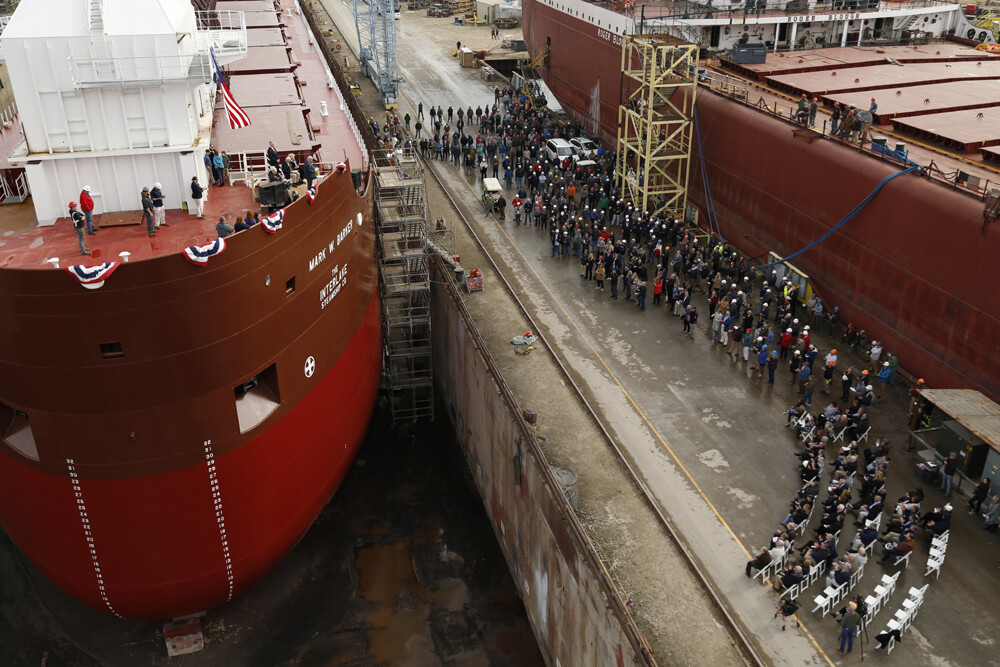 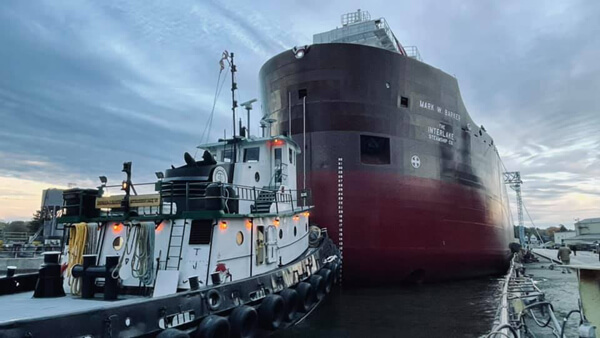 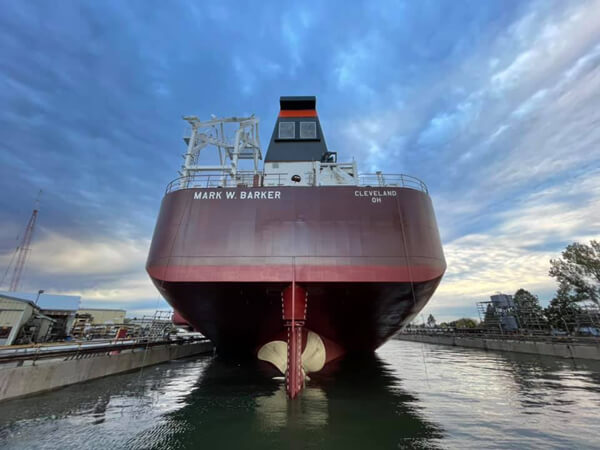 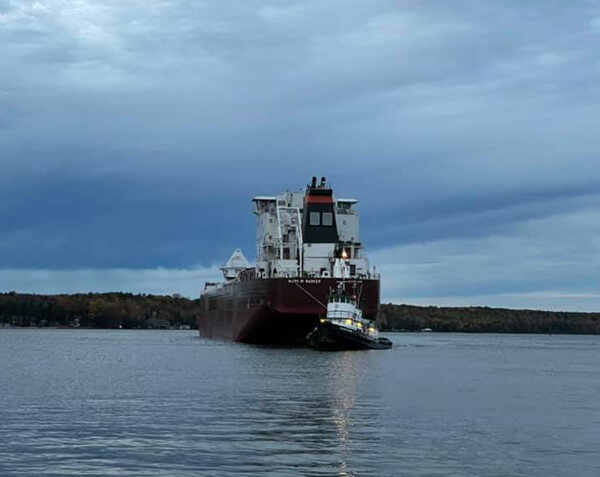