The Tokyo and the Paris MoUs on Port State Control will launch a joint Concentrated Inspection Campaign (CIC) on Emergency Systems and Procedures starting from September 1.

For many years, emergency systems have remained in the MoUs' top five categories of most numerous deficiencies. The purpose of the CIC on Emergency Systems and Procedures is to ensure that:

• ships are capable of responding appropriately and promptly to emergency situations;

• necessary measures are taken by responsible stakeholders, such as shipping companies and ship managers;

• emergency systems installed on board can be properly operated and effectively managed in any emergency situations; and

• master and crew of the ship understand their assigned roles and duties in case of emergency.

The inspection campaign will end November 30, 2019. It is expected that the Tokyo and Paris MoUs will carry out approximately 10,000 inspections during the time.

Port state control officers will use the list of 11 questions below. 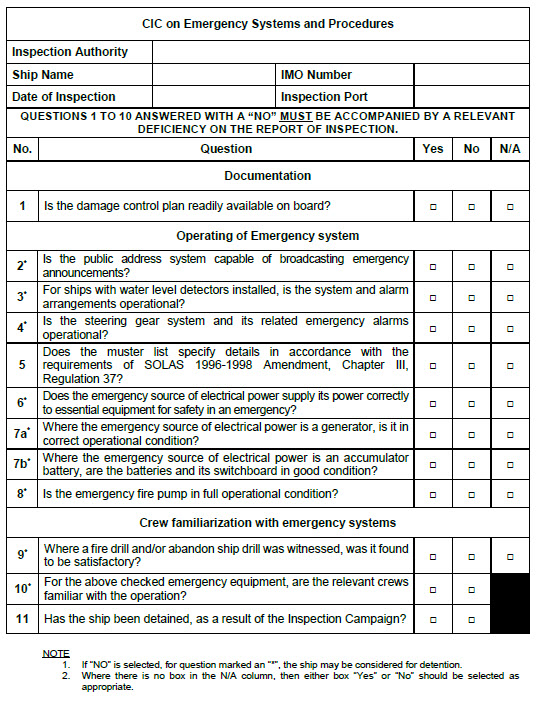