The Unified Command conducted on-water skimming operations using assets staged in the vicinity of the Golden Ray. The release has stopped and shoreline cleanup teams and equipment remain staged and ready.

The 656-foot Golden Ray capsized with a fire on board in St. Simons Sound, Brunswick, Georgia, on September 8. There were 24 on board, 23 crew and one pilot. All were rescued. However, the stricken vessel still poses a major hazard to navigation for the Port of Brunswick. She capsized at the entrance to St. Simons Sound while departing the port for Baltimore.

Fuel from the vessel's tanks continues to be pumped into a barge to prevent further discharges and prepare for the safe removal of the vessel.

More than 350 responders are working within the Unified Command and more than 70 vessels are engaged in the response. Specialists continue monitoring air and water quality around the vessel, Jekyll Island, and St. Simons Island.

“While substantial progress has been made this week, we are only in the beginning of what will likely be a long and complex salvage operation,” said Chris Graff of Gallagher Marine Systems. “Our top priorities are to protect responders, public health, safety, and limit environmental impacts.”

Commercial traffic in the Port of Brunswick continues to move under a restricted navigation area order. 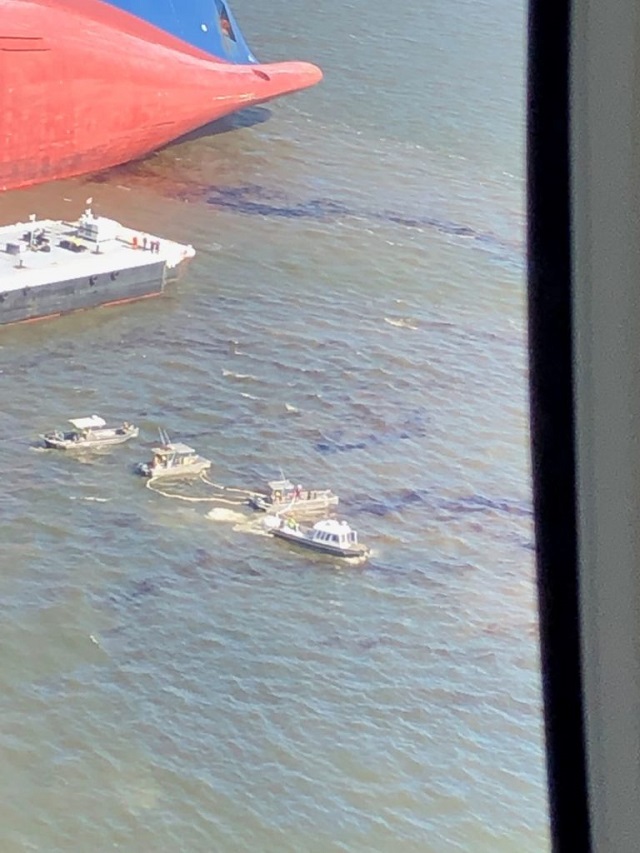