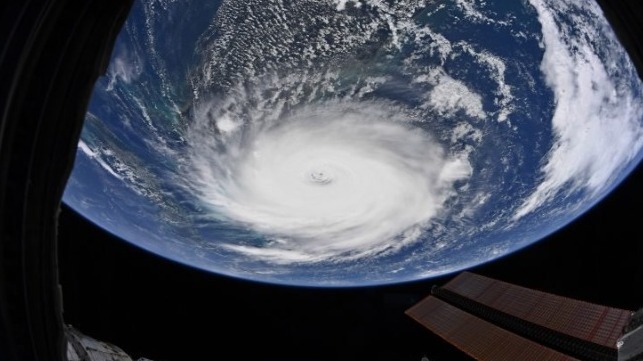 Oil markets rallied on Wednesday after U.S. President Donald Trump raised the prospect of armed confrontation with Iranian forces in the Persian Gulf. Iranian attack boats have recently harassed U.S. Navy and U.S. Coast Guard forces in the region by making repeated close approaches at high speed, and Trump said that he has asked the Navy to respond kinetically if it happens again.

"I have instructed the United States Navy to shoot down [sic] and destroy any and all Iranian gunboats if they harass our ships at sea," Trump wrote in a Twitter message at 0808 Eastern time.

At the moment of the tweet, the NYMEX West Texas Intermediate (WTI) front-month contract - the benchmark for American crude oil - was trading at about $11.52 per barrel. It began a rally about 20 minutes later, and by 0945 it had risen about 40 percent to peak at $16.12 per barrel. The increase is believed to reflect investor optimism that instability in the Strait of Hormuz could restrict Persian Gulf oil shipments, thereby reducing supply in a glutted market.

As recently as Monday, the WTI was trading in negative territory due to low demand and brimming storage capacity, and it is still valued far below the break-even price for most American producers. This unprecedented, rapid collapse has devastating consequences for the U.S. oil industry.

"[Trump's] tweet is likely a . . . response to recent IRGC(N) harassment of the US navy, as well as an attempt to influence events within the oil market," security consultancy Dryad Global wrote in an assessment Wednesday.

Air Force Gen. John Hyten, vice chairman of the Joint Chiefs of Staff, told reporters Wednesay that the Pentagon would interpret the president's instructions and translate them into orders. "If we see a hostile act, if we see hostile intent, we have the right to respond up to and including lethal force, and if it happens in the Gulf, if it happens in any way, we will respond with overwhelming lethal force if necessary to defend ourselves," Gen. Hyten said. “The president made a clear statement. I think the Iranians understand that, I think the American people understand that. Now, we as the military have to apply that clear direction from the commander in chief into lawful orders that we execute."

[By Cdr. Ace V. Castle] The U.S. Coast Guard’s response to Hurricane Dorian was unlike any storm response in history. With a constantly changing track, unprecedented wind speeds and slow surface movement, Dorian proved unpredictable and deadly. Hurricane Dorian became a tropical depression on Saturday, August 24, 2019. As late as August 26th, many thought the storm would roll through the mountainous island of Hispaniola, weakening the storm and its impact, but Dorian had other plans. Over the next couple...