On Monday, the NGO Oceana published an investigative report spotlighting commercial fishing vessels that appear to disable their AIS near marine reserves.

AIS is a collision-avoidance tool, but it can also be used to monitor and track vessel movements. A ship’s crew may turn off their AIS for legitimate reasons, like avoiding pirates in high-risk areas, but Oceana says that it may also indicate that a vessel is hiding its location to conceal illegal activities. These could include fishing in protected areas or entering another country’s waters without authorization. 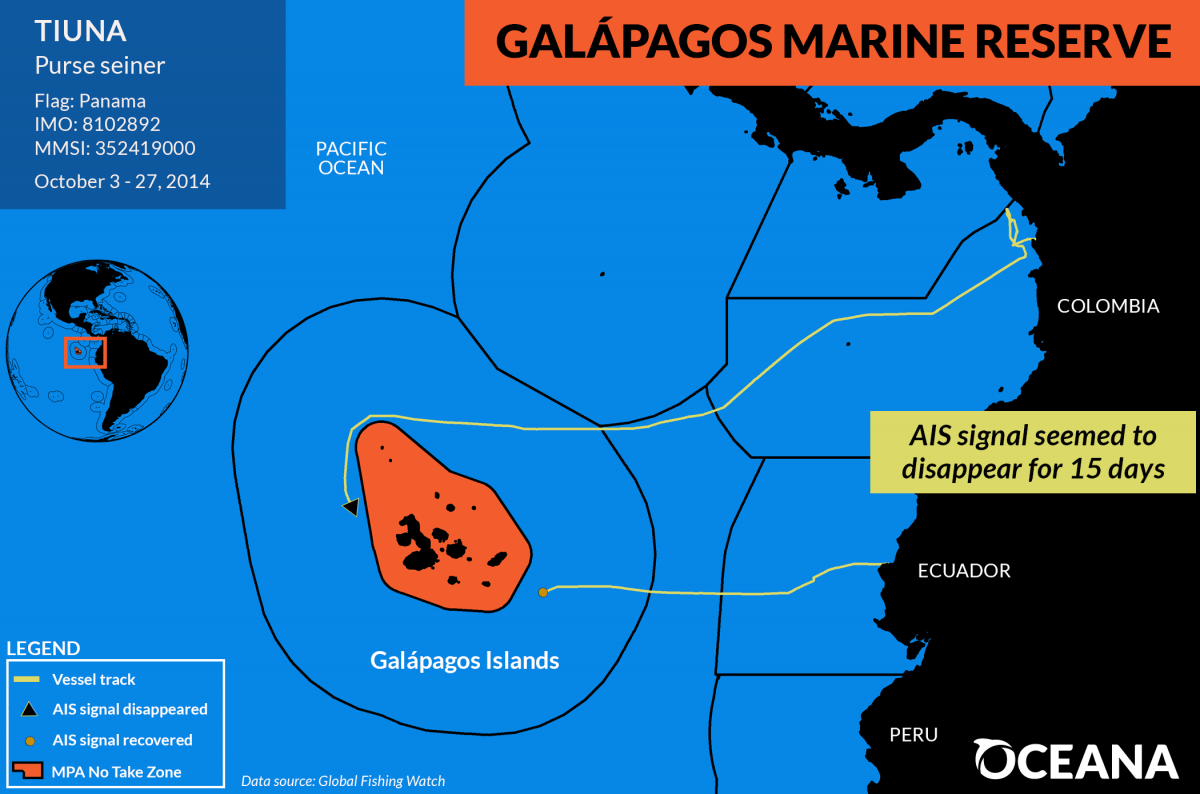 - The Panamanian purse seiner Tiuna seemed to disappear on the west side of the Galápagos Marine Reserve, reappearing after 15 days on the east side of the reserve. 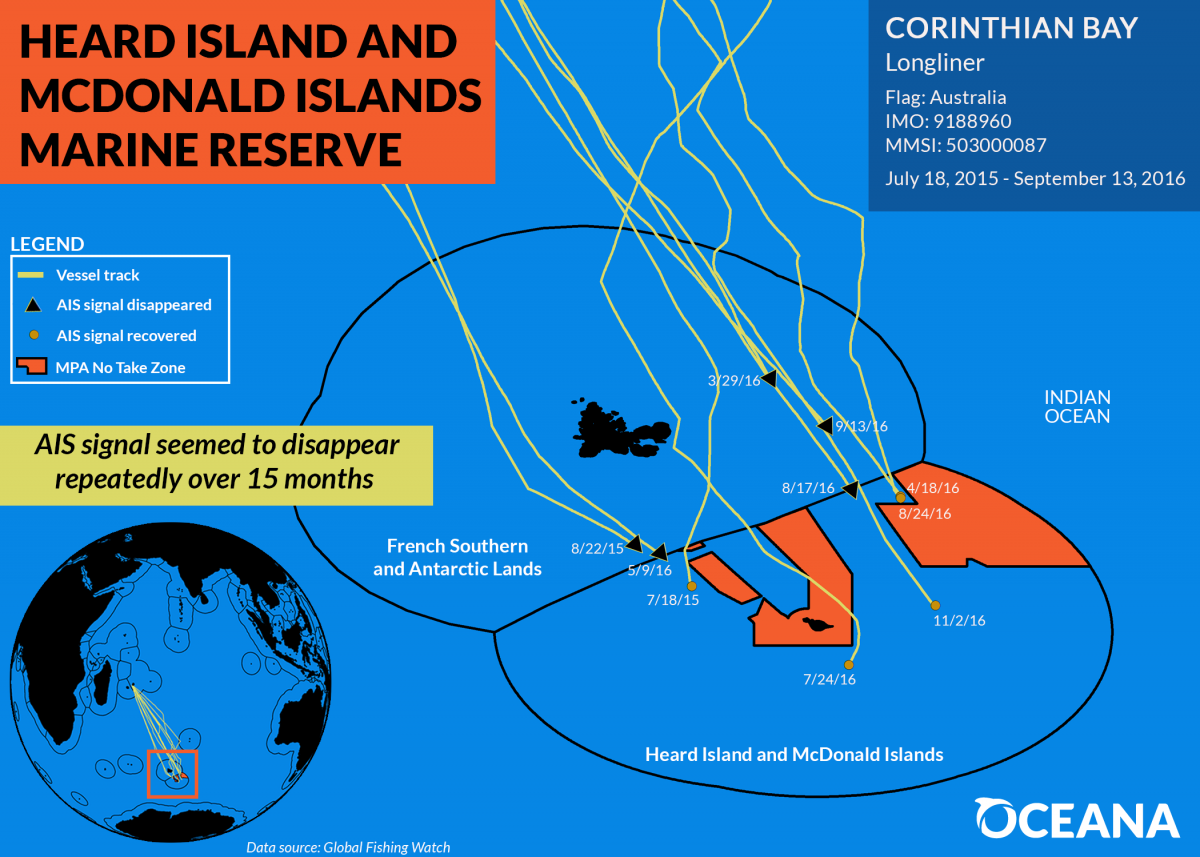 - The Australian longliner Corinthian Bay appeared to disable its AIS near the Heard Island and McDonald Islands Marine Reserve on ten separate occasions over one year. 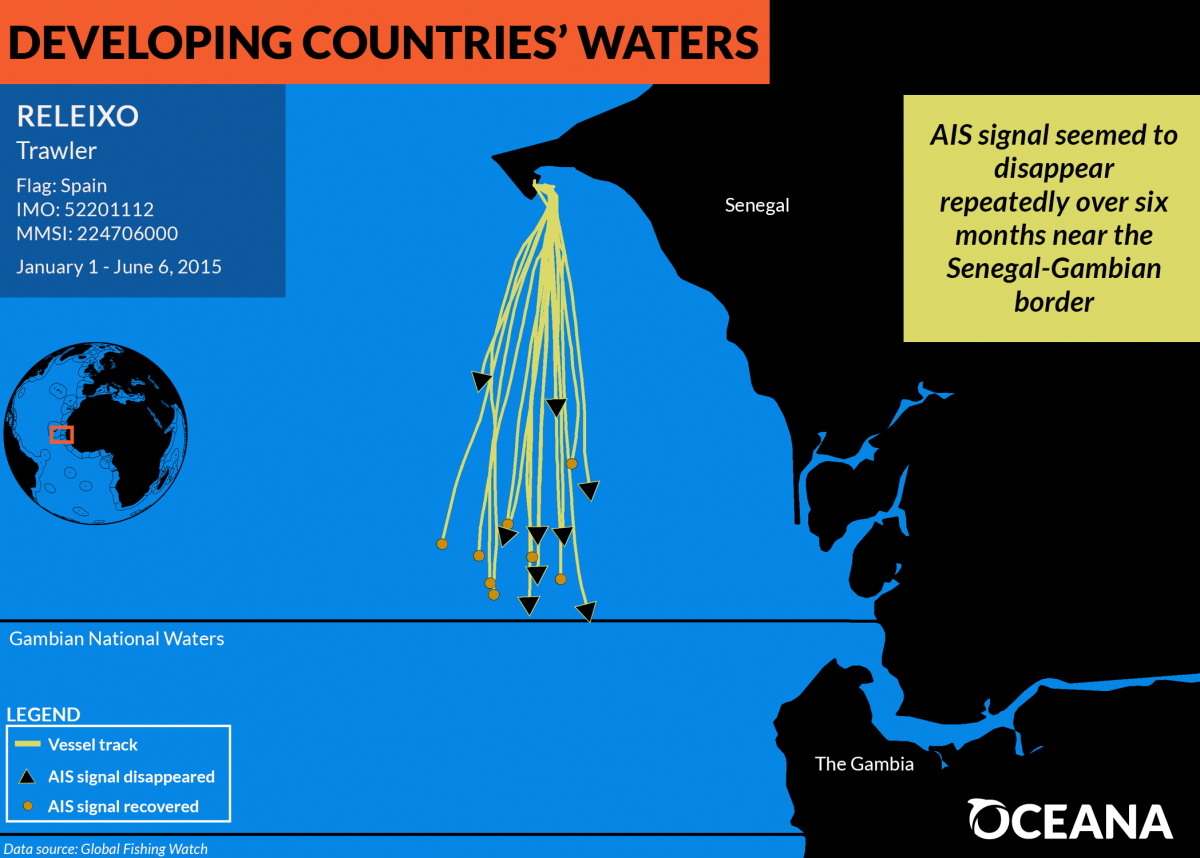 - The Spanish trawler Releixo appeared to repeatedly go dark when approaching The Gambia’s national waters over a one-and-a-half-year period (above). 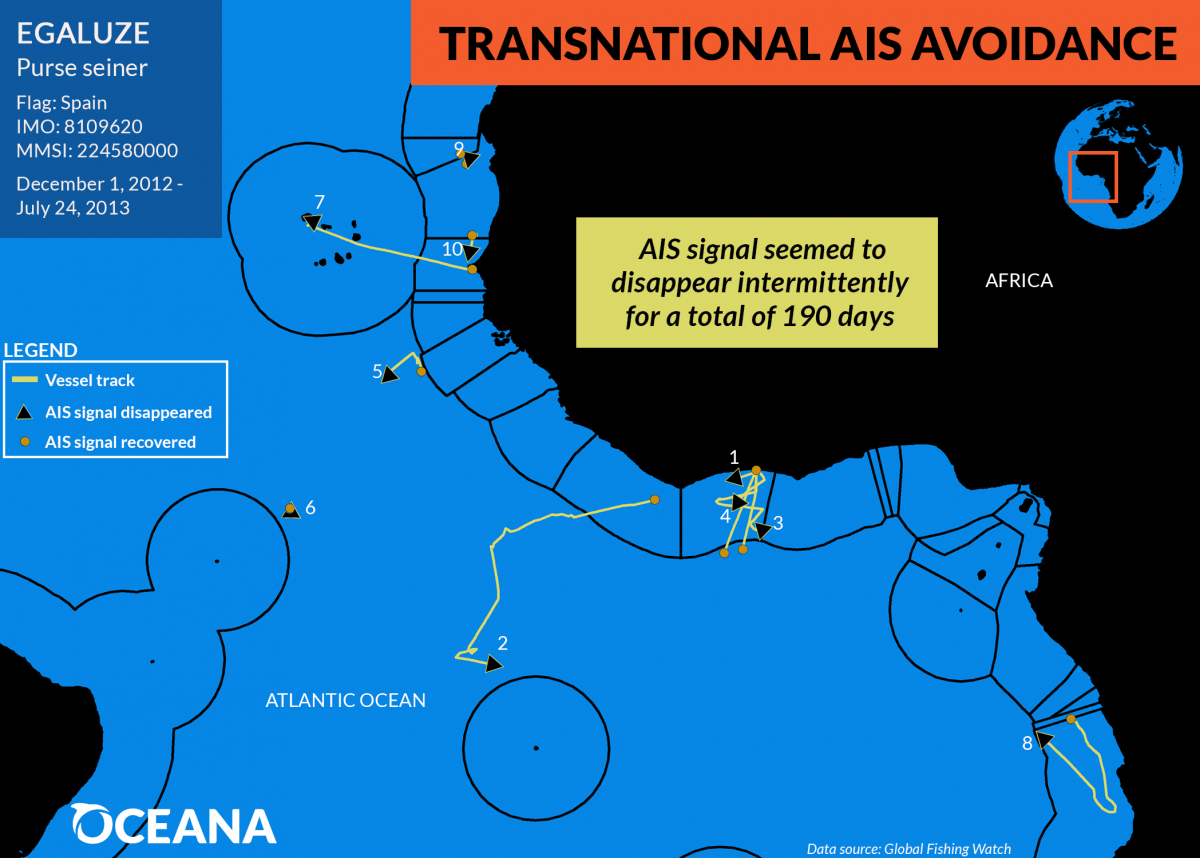 -The Spanish purse seiner Egaluze appeared to turn off its AIS signal consistently over a seven-month period while operating in the national waters of at least five African countries and on the high seas.

“We need to be asking the obvious question: ‘Why would any vessel want to hide its tracks?’” said Beth Lowell, senior campaign director for illegal fishing and seafood fraud at Oceana. “Going dark from public tracking systems raises legitimate questions about a fishing vessel’s activities at sea. Increased transparency can help deter illegal fishing, prevent unauthorized fishing in a nation’s waters and improve monitoring of fishing around the world. Fishing vessels should be required to have tamper-resistant AIS devices broadcasting at all times to increase transparency and accountability at sea.”

To help stop illegal fishing, Oceana called for goverments to require all commercial fishing vessels to be equipped with and continually transmit tamper-resistant AIS technology. The NGO says that these tracking systems are essential for transparency of  global fishing operations, improve maritime safety and can help increase compliance with laws and regulations.

The full report may be found here.