NTSB Releases its Final Report on the El Faro Tragedy

On Wednesday, the U.S. National Transportation Safety Board (NTSB) released its final report on the tragic sinking of the con/ro El Faro, which went down with all hands in October 2015.

Like the U.S. Coast Guard Marine Board of Investigation, the NTSB concluded that the accident was attributable to the master's decision to sail into Hurricane Joaquin, the vessel operator's "weak" safety culture and a poor implementation of Bridge Resource Management (BRM) principles. NTSB also noted technical problems with machinery design standards for sustained angle of inclination, a central factor in the El Faro's loss of lube oil suction and loss of propulsion; the limited protection of fire mains from impact damage in the event of a cargo shift, which was a likely factor in the flooding of El Faro's Hold 3; and the inadequacy of El Faro's antiquated open life boats, which were unlikely to be of assistance in a hurricane. 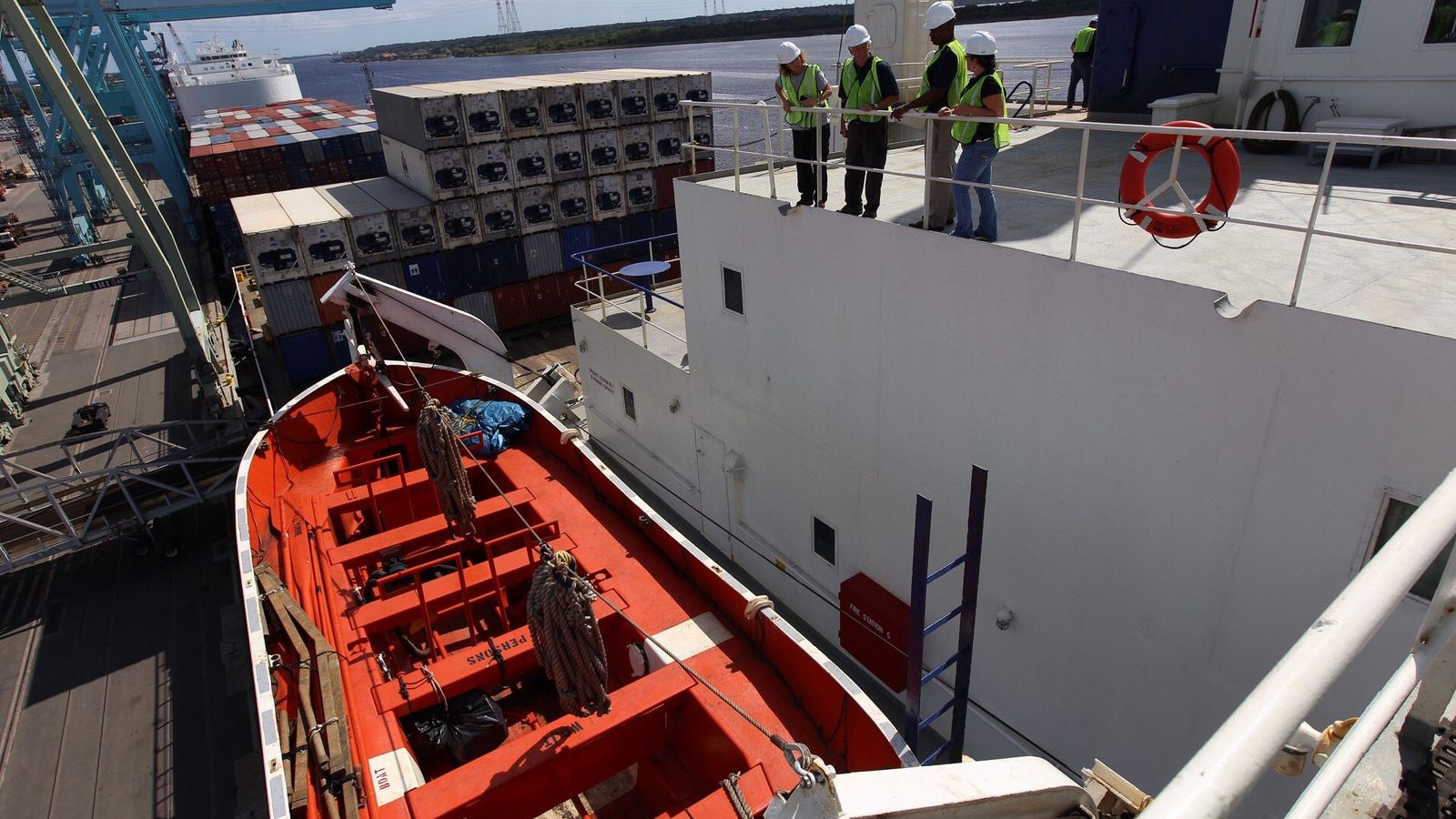 NTSB also found fault with the regulatory treatment of El Faro's cargo hold ventilation trunks and fire dampers. The vents were not designated as a downflooding point because they could be closed, yet they were required by the Certificate of Inspection to remain open, leading to confusion. Past crewmembers on El Faro told investigators that the fire dampers on both the supply and exhaust ventilation trunks always remained open while under way; NTSB believes it is likely that the dampers were open throughout the casualty voyage and began to admit water about 40 minutes before she went down. The crew did not have access to a damage control plan that could have informed them of the importance of closing the dampers in the event of an extreme list. A damage control plan is a required feature aboard vessels built after 1992, and NTSB recommended that the IMO should require all existing cargo vessels to have damage control plans and booklets written to current standards, regardless of vessel age.

NTSB also agreed with the Coast Guard's findings on the shortcomings of the Alternate Compliance Program, which delegates certain flag state inspections to authorized class societies. "Thirty-two years after the Marine Electric accident, Coast Guard and NTSB investigators found similar issues with El Faro and other vessels enrolled in the ACP," NTSB wrote. "The NTSB concludes that the Coast Guard’s ACP is not effective in ensuring that vessels meet the safety standards required by regulations and that many vessels enrolled in the program are likely to be operating in substandard condition." The Coast Guard has already launched an effort to strengthen oversight of the ACP, including a new dedicated program office for compliance.

In a departure from the Coast Guard's report, the NTSB examined the possible relationship between workplace pressures and Captain Michael Davidson's fateful decision to maintain his course. Davidson did not yet know whether he would be retained when the El Faro's operator, TOTE, replaced the aging Ponce-class ships with its new Marlin-class vessels, and he expressed his concerns about his future in a recorded conversation on the bridge. "If the captain thought his performance on this trip would be a deciding factor in getting the job, it might have affected his decision-making," NTSB wrote. "He might have been more risk-tolerant, meaning that he might take additional risks if he thought it would help him get the job. Taking [a longer, sheltered route] would ultimately cost him more time and fuel and might seem like an unnecessary delay if he thought he understood the storm’s path." Ultimately, NTSB concluded, "whether that played a part in his internal motivation to meet the schedule cannot be determined."