One hundred years ago, on 11 November 11, 1918, the guns of the Western Front fell silent after four years of continuous warfare.

With their armies retreating and close to collapse, German leaders signed an Armistice, bringing to an end the First World War.

The 11th hour of the 11th day of the 11th month attained a special significance in the post-war years. The moment when hostilities ceased on the Western Front became universally associated with the remembrance of those who had died in the war. This first modern world conflict had brought about the mobilization of over 70 million people and left between nine and 13 million dead, perhaps as many as one-third of them with no known grave.

In 1920, the commemoration became a funeral, with the return of the remains of an unknown soldier from the battlefields of the Western Front. Unknown soldiers were interred with full military honors in Westminster Abbey in London and at the Arc de Triumph in Paris. Most other allied nations adopted the tradition of entombing unknown soldiers over the following decade.

In the four years of the war more than 330,000 Australians had served overseas and more than 60,000 of them had died. Plans to honor an unknown Australian soldier were first put forward in the 1920s, but it was not until 1993 that one was at last brought home. To mark the 75th anniversary of the end of the First World War, the body of an unknown Australian soldier was recovered from Adelaide Cemetery near Villers-Bretonneaux in France and transported to Australia. Soil from the Pozières battlefield in France was scattered in his tomb.

Each year Australians observe one minute’s silence at 11am, in memory of those who died or suffered in all wars and armed conflicts. Traditionally, the eulogy for the Unknown Australian Soldier is read. Remembrance Day 2018 will be the 25th anniversary of its first recitation by then Prime Minister Paul Keating. 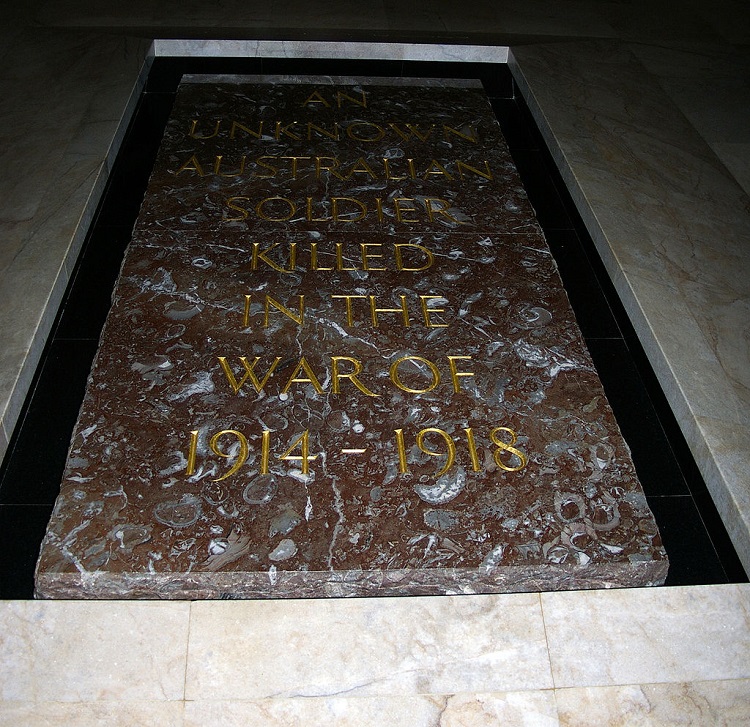 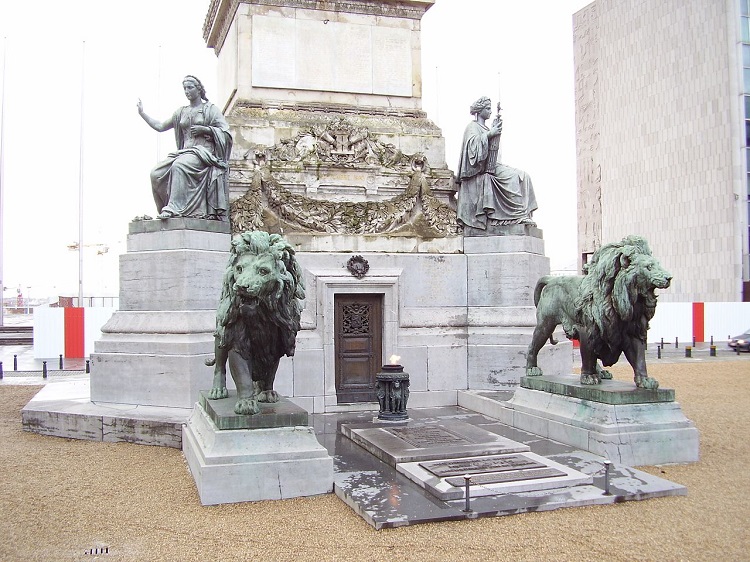 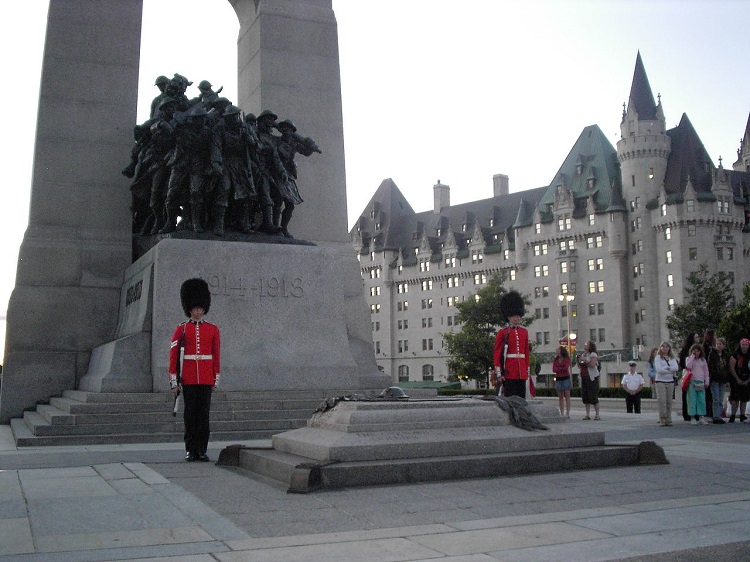 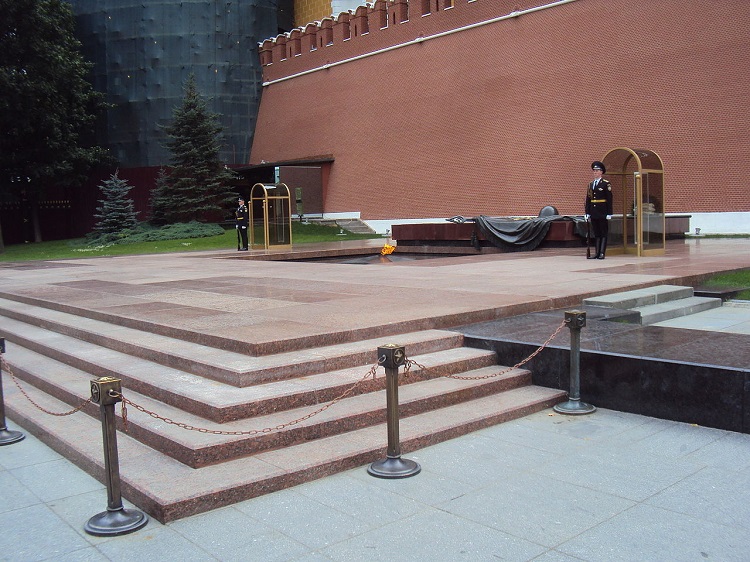 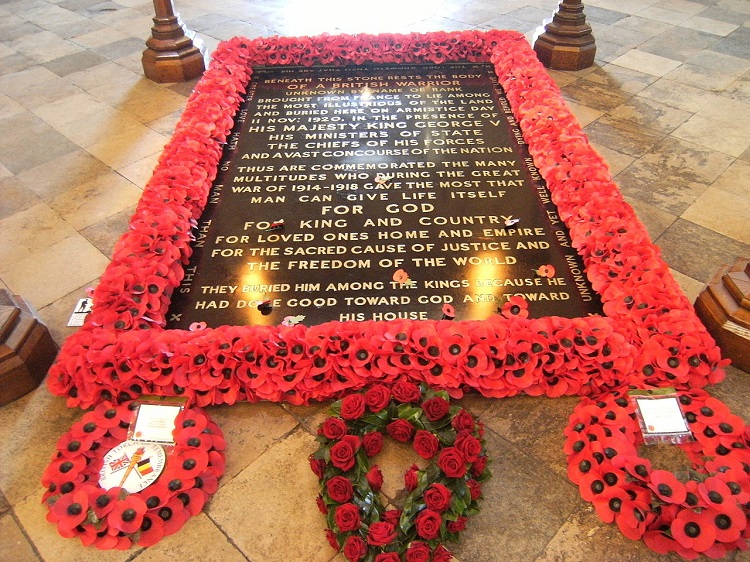 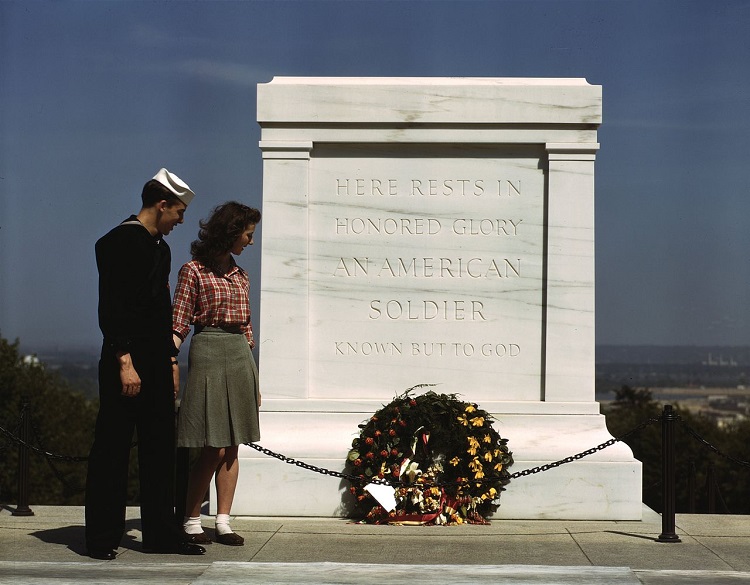