Swedish authorities are receiving additional support from the Norwegian Coast Guard and a commercial offshore vessel as they reported conditions remained difficult and that there were worrying new developments in the cargo fire aboard the bulker Almirante Storni near the port of Gothenburg, Sweden. Previously, the Swedish Coast Guard reported that the situation was stable but that they were unable to reach the heart of the fire in the tightly packed cargo of timber.

Another overflight of the bulker using thermal cameras from a police helicopter shows that the fire may be beginning to spread aboard the vessel. Previously, they had reported it was contained but warned that the water being applied to the ship was only dampening the timber cargo and not reaching the center of the fire. The latest images show heat transfer taking place in the fire. 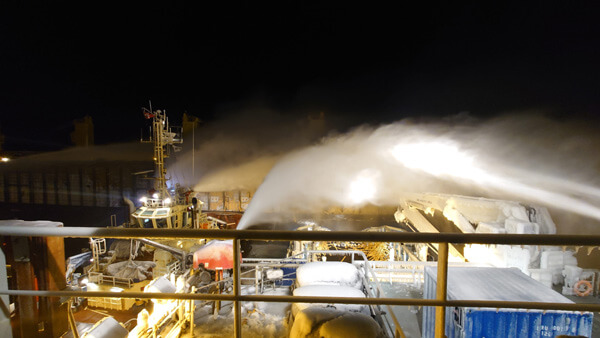 “A heat transfer is serious,” said Jesper Bäckstedt, rescue leader at the Coast Guard. “This is about an increased risk of escalation and risks for the ship, which has 600 tons of fuel on board. We are now working intensively with everyone involved to get ahead in this situation.”

As part of a mutual assistance agreement, the Swedish authorities requested support from neighboring countries and the Norwegian Coast Guard dispatched its patrol boat the KV Bergen to join the effort. Late today, the Bergen took up position providing relief for the Swedish Coast Guard vessels. Bäckstedt expressed appreciation saying the Norwegian efforts would increase the endurance for everyone involved.

The owner of the bulker has also hired the Loke Viking, a Norwegian-registered anchor handling supply ship. The vessel also joined the firefighting effort to support the Swedish Coast Guard. It is in addition to the tugboats already at the site hired by the vessel’s owner. 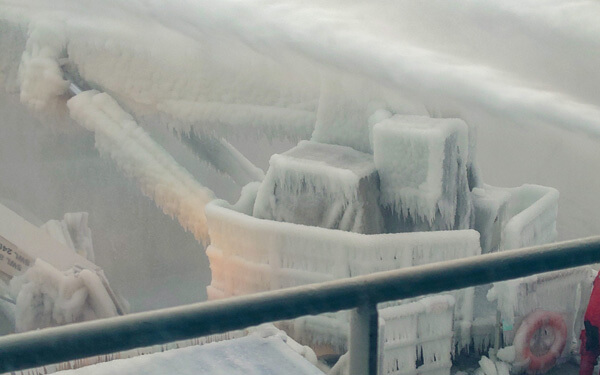 Strong wind and cold temperatures persist further complicating the firefight. The Swedish Coast Guard reports in addition to a strain on personnel, the weather conditions are beginning to impact their equipment. “Our ships are now starting to get very icy,” said Bäckstedt.

The focus of the effort remains to fight the fire and limit its spread aboard the Almirante Storni, but they have no projection of when the fire might be extinguished. The teams are also continuing to explore the possibilities of moving the vessel to calmer waters or possibly to a dock which they said would create better conditions for extinguishing the fire and possibly rescuing the vessel. 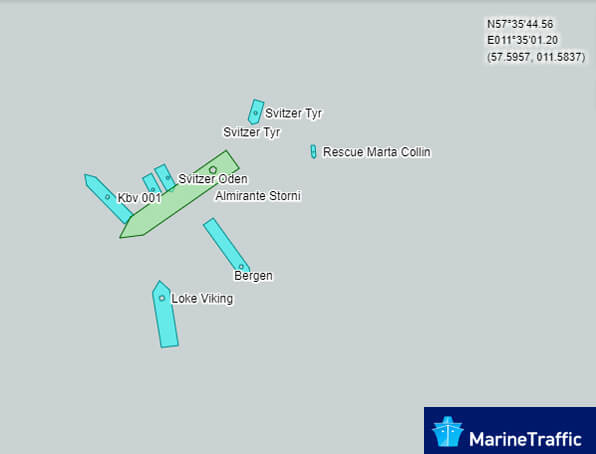 Array of vessels around the bulker assisting in the fire freight overnight on December 8, 2021 (courtesy of Marine Traffic)