The hull for the second of Norway’s new coast guard vessels arrived at the Vard shipyard on March 10 making the next milestone in one of the largest defense acquisitions ever made in Norway’s maritime sector. Norway is investing approximately $750 million to build a new class of three advanced cutters that will be responsible for patrols spanning from the Arctic to the Baltic.

The coast guard vessel KV Bjørnøya arrived at Vard Langsten in Tomrefjord on Thursday after a 22-day tow. The hull of each of the vessels is being built at Vard Tulcea's shipyard in Romania and then towed to Norway. The actual tow was expected to take about a month, but due to good weather conditions, the vessel arrived earlier than expected.

A similar tow was undertaken in August 2021 for the first vessel of the class, KV Jan Mayen, which arrived from Romania in early September. The first vessel has been undergoing outfitting at the shipyard in Norway and is scheduled after extensive testing to be handed over to the Norwegian Coast Guard in the fall of 2022.

“During the next year, KV Bjørnøya will go from being a hull to becoming a full-fledged coast guard vessel. Before the vessels become operational, they must be equipped and have the necessary equipment installed for their operations,” says project manager Odd Magne Nilsen for Forsvarsmateriell (Norwegian Defense Material Agency).

Norway’s Coast Guard currently includes a fleet of 15 vessels. Three helicopter-carrying coast guard vessels, in the North Cape class, originally entered service in the early 1980s and will reach the end of their technical life in a few years. In 2018, NDMA awarded a construction contract to Vard Group AS Langsten for the construction of the new vessels. From 2018 to 2020, the project was in the detailed design phase and construction started in the first quarter of 2020.

The missions for the new ships will range from fishing inspections, to search and rescue, territorial guarding, and oil-spill preparedness. Because of the diverse conditions they will be exposed to, the design called for excellent sea-going properties as well strengthening the hull for ice-going operations as far north as the Arctic as well as advanced sensor and communication capacity. Each vessel will also be outfitted for helicopter operations. The vessels also needed to be able to cooperate with and support civilian operations and military units.

The fully loaded displacement of the new ice-strengthened vessels will be 9,800 tons. They have an overall length of 446 feet with a beam of 72 feet and a draft of 20 feet. Each vessel can accommodate up to 100 people and is powered by a diesel-electric propulsion system, which will allow it to sail at a maximum speed of 22 knots. The endurance of the ship will be more than 60 days. 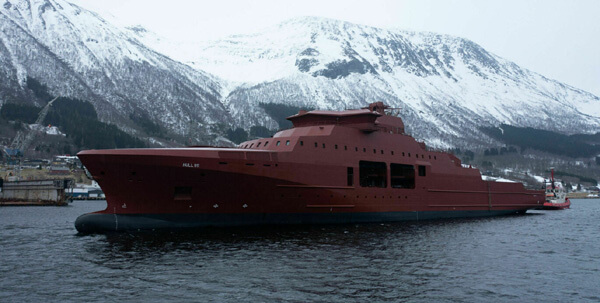 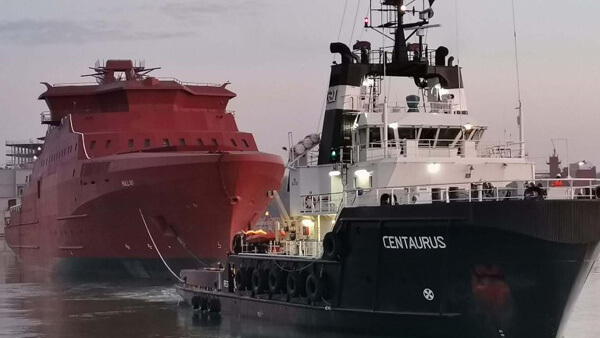 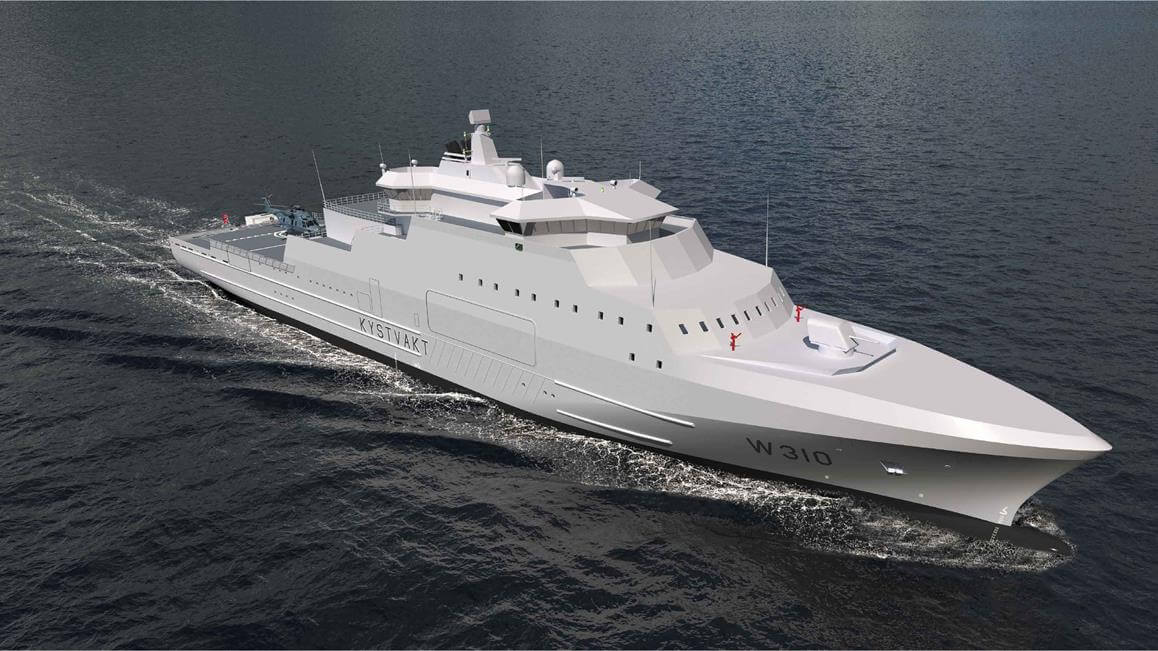