Nike and Ocean Conservancy have launched the Arctic Shipping Corporate Pledge, and the companies are inviting businesses to join them in the commitment not to use Arctic Ocean shipping routes.

Although these routes can offer decreased transit times, the companies say increasing vessel traffic on Arctic shipping routes poses great risk and potentially devastating environmental impacts. The remote location, unpredictable weather conditions and largely uncharted waters are just a few factors that pose a grave risk in the event of an accident, stranding or oil spill. 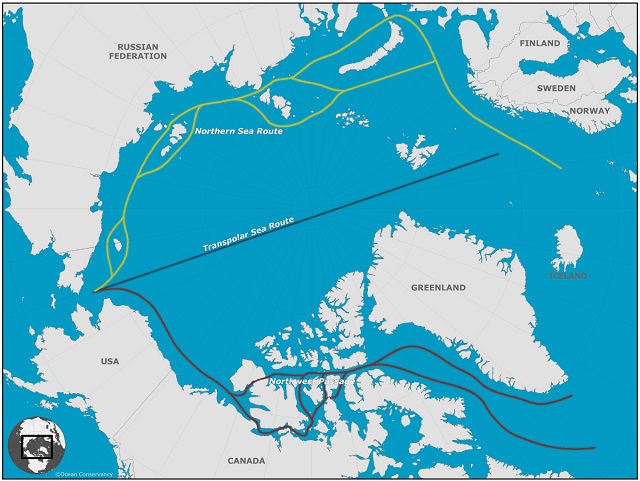 “At Nike, we exist to serve athletes. That means taking climate action through Move to Zero, Nike’s journey towards a zero carbon, zero waste future,” said Hilary Krane, EVP, Chief Administrative Officer and General Counsel, Nike, Inc. “We know climate change impacts how our athletes train and play, and whether they get to enjoy sport at all. Through this pledge, we’ve made a clear choice – to help protect the planet and preserve the Arctic.”

Global shipping currently accounts for about three percent of global greenhouse gas emissions, equivalent to Germany’s or Japan’s annual emissions, but is not included in the reduction commitments made by countries in the Paris Agreement.

The signatories understand that current impacts to the Arctic are already so severe that additional threats from increased international shipping are unacceptable. The pledge also states that signers will continue to explore ways to reduce emissions from global shipping, and thus reduce the shipping sector’s contribution to melting Arctic sea ice habitat.

The signatories also support the development of precautionary Arctic shipping including a ban on the use and carriage of heavy fuel oil and regulations addressing noise pollution.

Move to Zero is Nike's journey toward zero carbon and zero waste. It is driven by belief that protecting the planet means protecting the future of sport against climate change. Across the globe, the number of days above 90°F has increased by nearly 25 percent since the 1980s. Many U.S. states have adopted rules to keep players safe in increasingly hot and humid conditions, mandating shorter practices, wearing less equipment or even canceling games. “Without global action, under current trends climate change could decrease time spent on the field by up to two months in parts of Louisiana, Texas and Mississippi by 2050,” says Nike.

For those in snow sports, there is danger of literal loss of playing field — the average number of quality snowboarding days around the world has decreased by seven percent during the past 30 years.

1. Nike will power owned-and-operated facilities with 100 percent renewable energy by 2025.

2. Nike will reduce carbon emissions across its global supply chain by 30 percent by 2030, in line with the Paris Agreement of 2015.

3. Nike diverts 99 percent of all footwear manufacturing waste from landfills.

4. Additionally, Nike diverts more than one billion plastic bottles per year from landfills to create yarns for new jerseys and uppers for Flyknit shoes.