Nigeria celebrated the dedication of its first deep sea port, Lekki Deep Sea Port, which is expected to become a major cargo hub for West Africa. In addition to being the country’s first fully automated port and it is largest, it represents the first expansion of the country’s ports in 25 years and is part of an ambitious plan of development for the region.

President Muhammadu Buhari did the honors officially cutting the ribbon to mark the opening of the port which was completed in November 2022 at a cost of approximately $1.6 billion. The President called the port “a game-changer that would redefine maritime activities in Nigeria and the entire West African sub-region.”

Located approximately 40 miles to the east of Lagos the port covers over 90 hectares. The project was built by the China Harbor Engineering Company as part of China’s Belt and Road strategy. The Chinese company officially handed the port over to Nigeria after completing construction but retains 52.5 percent ownership in the port’s operating company. 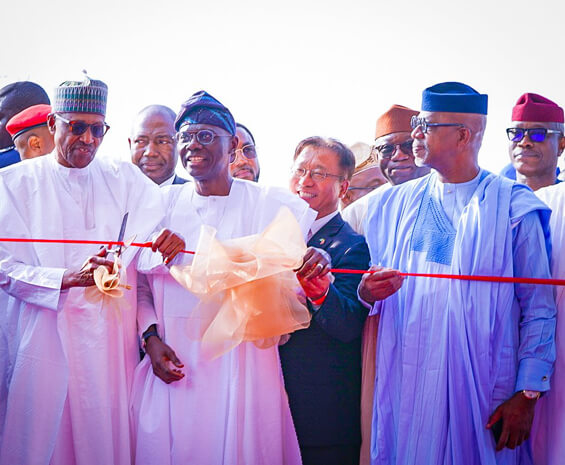 The Nigerian government said the public-private partnership was critical to the success of the project while calling for more initiatives as it seeks to expand trade. The government is planning for the construction of a total of six new deep sea ports.

The project is unique in Africa as the continent’s coastline has relatively few natural harbors large enough to accommodate today’s modern ships. In addition to being the first of its kind for Nigeria, it is also one of the largest ports in sub-Saharan Africa.

The first phase, which has been completed, developed the overall layout including a five-mile-long navigation channel, a nearly 2,000-foot turning basin, a 62-foot depth throughout the port, as well as the breakwater and berths. The container terminal consists of three berths at a nearly 4,000-foot quay and a container storage yard with over 15,000 slots. It is the first Nigerian port with ship-to-shore super-post-Panamax cranes. The container port has the capacity to handle an annual throughput of 2.7 million TEU.

When fully completed the port will also have a liquid bulk terminal with three additional berths with a capacity to handle vessels up to 160,000 dwt. There will also be a tank farm connected by pipelines running to the breakwater. The dry cargo terminal will have the capacity to handle up to four million metric tons of dry bulk per year.

In anticipation of the opening ceremonies, CMA CGM shifted its containership the CMA CGM Mozart (5,770 TEU capacity) into the port arriving on January 22. The 73,235 dwt vessel arrived from Lagos and was berthed as a backdrop for today’s ceremonies. CMA CGM will begin using the new Lekki Deep Sea Port as one of its first regular tenants.

While the seaport is considered mid-sized on a global scale, Nigeria considers it a significant achievement. It will play a key part in the economic development of Nigeria and the region. 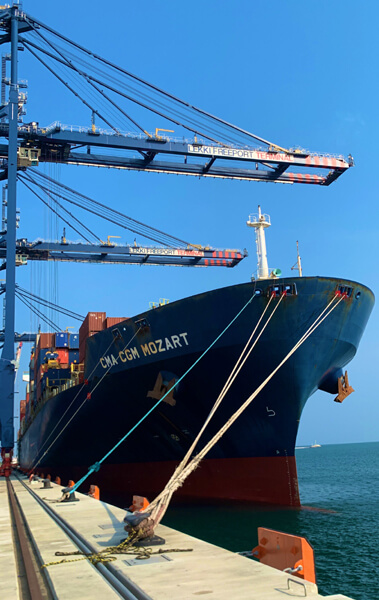 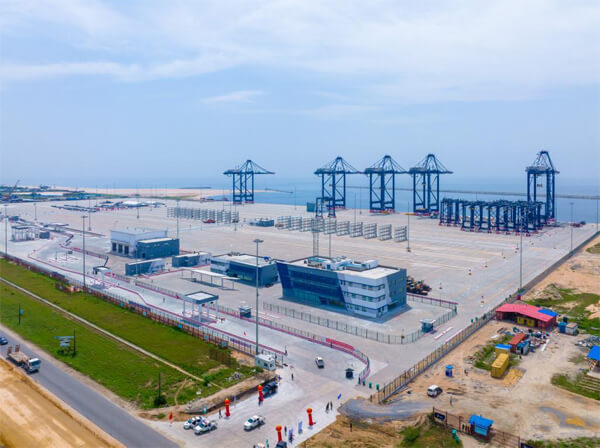