The guided-missile destroyer USS Kidd, which experienced an outbreak of the COVID-19 virus while on deployment in April, has begun transitioning towards a return to active service.

According to a statement from the U.S. Navy, 90 sailors returned to the destroyer on May 18 replacing a caretaker crew that was maintaining essential services aboard the ship. The crew of the Kidd was in isolation or quarantine while the vessel was disinfected. Before the transfer, all of the crew was re-tested, and based on the results the Navy determined which sailors would rejoin the ship or should remain in quarantine or isolation.

The cleaning of the ship and care for the crew is expected to continue for approximately two more weeks the Navy reports. All of the Kidd’s crew members will again be tested for the virus before the ship resumes its deployment.

The Kidd had arrived at Naval Base San Diego on April 28 to receive medical care for its sailors following the outbreak of COVID-19. It was the Navy’s second vessel to report an outbreak of the virus following the aircraft carrier USS Theodore Roosevelt.

“Before we clear any sailor to return to the ship, they must receive two separate negative test results,” said Vice Admiral Richard Brown, Commander, Naval Surface Forces. “We’re focused on the health and safety of sailors, and ensuring the full recovery of Kidd’s crew.”

The Navy did not update the number of positive cases aboard the Kidd, but in April the number was reported at over 60 positive tests while CNN later reported that the number was around 100 cases in the ship’s approximately 330 crew members. During the outbreak, the Navy issued a directive requiring all of the sailors to wear masks when social distancing was not possible to help mitigate the spread and prevent COVID-19. According to the Navy, anyone who tested positive was removed from the ship to isolation or quarantine and military health professionals are continuing to monitor all the crew members for symptoms.

“Everyone’s resiliency and hard work is paying off, but the recovery process is not over," said Commander Nathan S. Wemett, commanding officer of USS Kidd. “We must remain focused and vigilant throughout the entire process to maintain our health and readiness in order to get back to sea.” 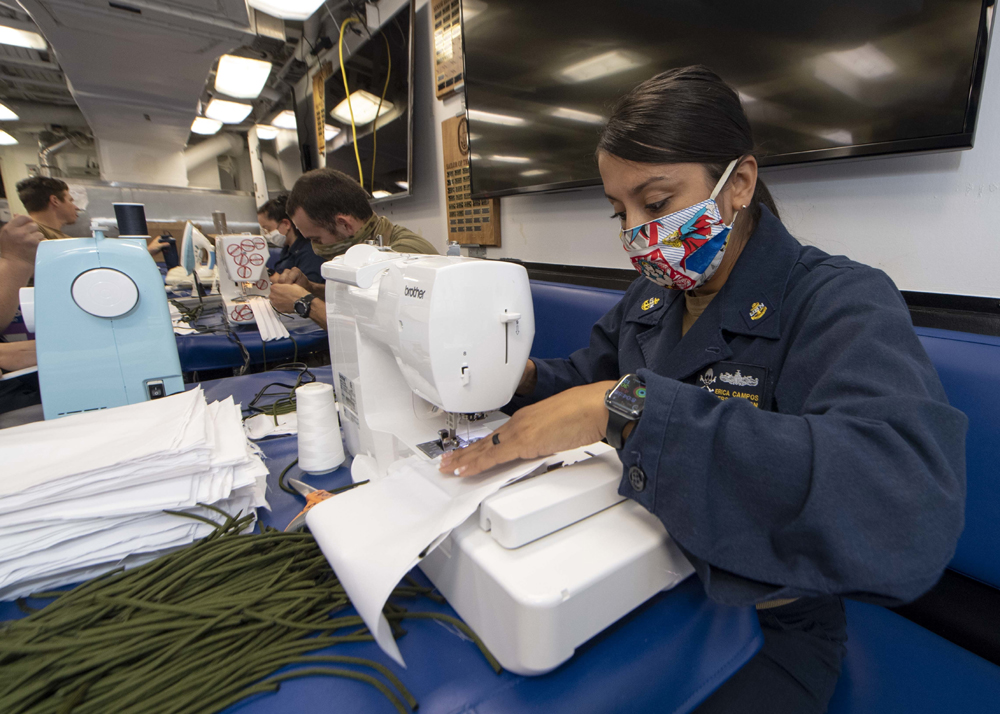