Nassau Cruise Port Ltd., a partnership formed to manage the port facilities, completed the first of several planned capital raisings to finance the redevelopment of the cruise port on New Providence Island in the Bahamas. The goal of the project is to enhance the passenger experience and increase business opportunities for Bahamians.

The first of the offerings, a private bond, was oversubscribed raising over $130 million that will fund the initial phases of the redevelopment. Nassau Cruise Port also intends to launch an initial public offering and offer additional debt to finance the construction of the new port facilities.

One of the busiest ports for cruise ships, Nassau welcomed nearly three million cruise ship passengers in 2019, better than a 10 percent increase over the prior year. The proximity of the Bahamas to South Florida permits the cruise lines to maintain one of the cruise industry’s most historic itineraries of 3- and 4-day cruises with a visit to Nassau as well as the port being a frequent stop on longer Caribbean cruises.

Tourism, and specifically the cruise industry, is a vital part of the local economy. A 2018 economic impact assessment conducted by KPMG concluded that the port redevelopment project would have a $300 million impact on the Bahamian economy during the development phase and a $15.7 billion contribution over the 25-year concession period granted to Nassau Cruise Port.

Mike Maura, Jr., CEO of Nassau Cruise Port, expressed his appreciation for the support and confidence of so many investors and stakeholders during these difficult times. He noted that the construction and other requirements of the project will produce much-needed jobs and support the creation of small and medium-sized businesses on the island. The project is also expected to serve as a catalyst for the wider development of the downtown area.

The first phase of the redevelopment project, which is already underway, involves the demolition of the current buildings in the port area. The next phase is expected to begin within the next 60 days and includes work to expand the berthing capacity of the port and upgrades to the existing infrastructure.

The final phase of the project involves the construction of new facilities for the port, passengers, and retail businesses. This will include new a passenger terminal and plaza, a museum, retail marketplace, amphitheater, and other food and beverage and entertainment spaces. It will also better integrate the port into Bay Street, the main thoroughfare running along the waterfront in Nassau. 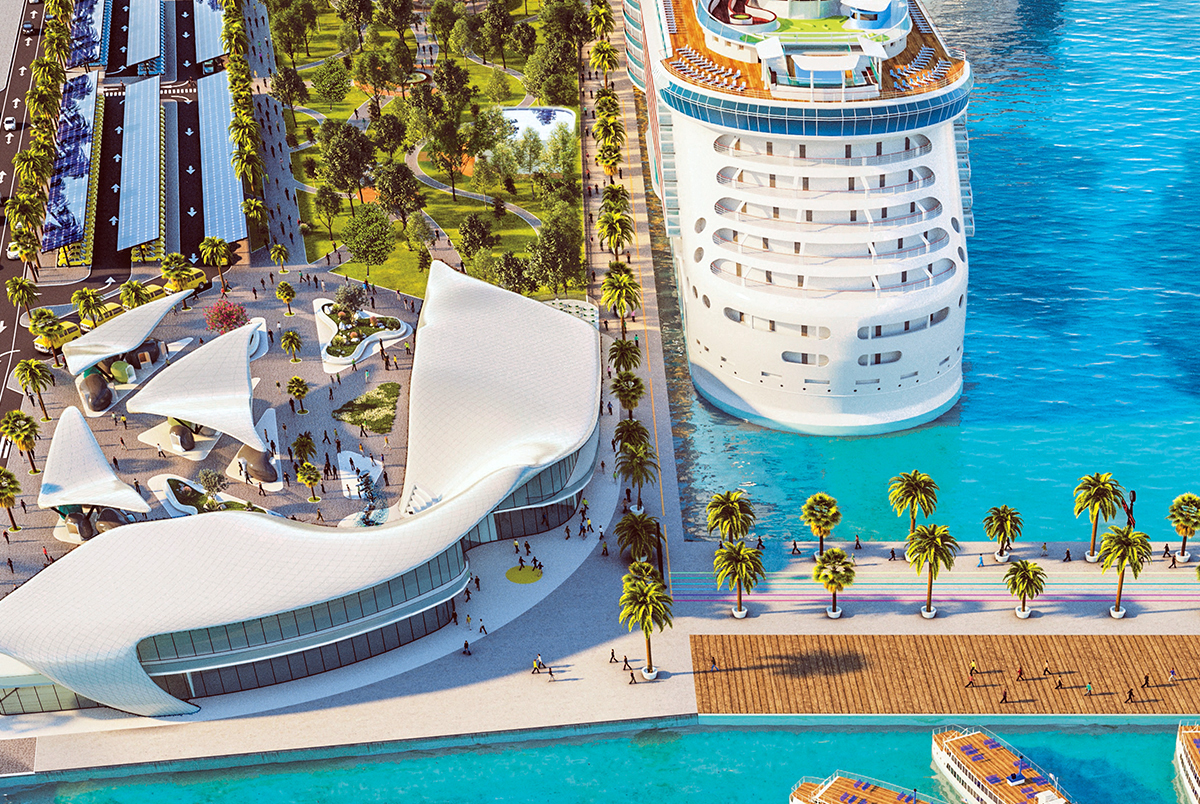