The Australian Antarctic Program is working with NASA over the next few months to test an under-ice robot which may eventually be used in a space mission to look for signs of extra-terrestrial life.

NASA is preparing to fly to Jupiter within the next decade to better understand the planet and investigate one of its icy moons, Europa. NASA scientist from the Jet Propulsion Laboratory, Dr. Kevin Hand, said Europa is one of the most likely places to find alien life within our solar system. 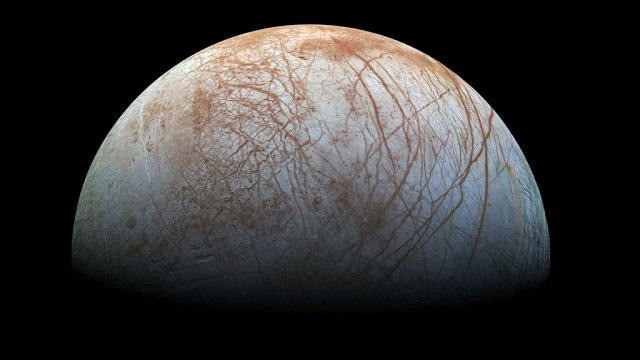 “NASA’s Galileo mission to Jupiter in the late 1990s investigated the planet’s moons including Europa,” Hand said. “They found strong evidence there was a salty ocean beneath Europa’s thick icy crust, as well as a rocky sea floor. This salty ocean could hold more than twice as much water as Earth and have all the right ingredients to support simple life organisms.”

The robot, designed for a future Europa mission, is a buoyant rover with two independent wheels to maneuver along the under-side of the ice. Engineer from the NASA Jet Propulsion Laboratory, Dr Andy Klesh, said the meter-long rover will be able to roam around taking samples and pictures. 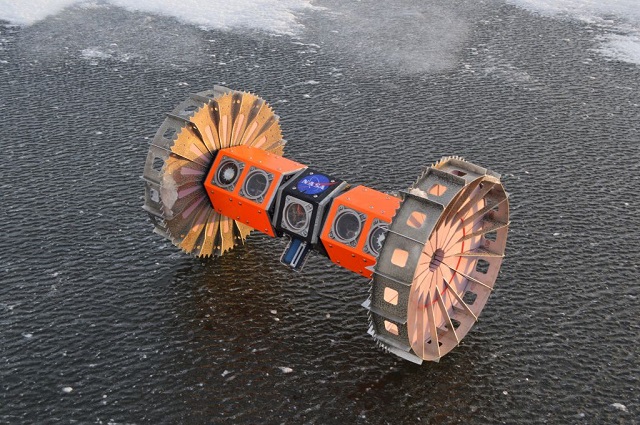 “The rover is unique in that it uses buoyancy to stick to the underside of the ice and move upside-down using wheels, so it can get up close to the ice-water interface for sensitive measurements,” he said. “The robot can also stay in the one spot for long periods without having to expend energy like a submarine does.”

The challenge on Europa will be drilling through a 10-20-kilometer thick icy crust before the water can be reached to deploy the rover. 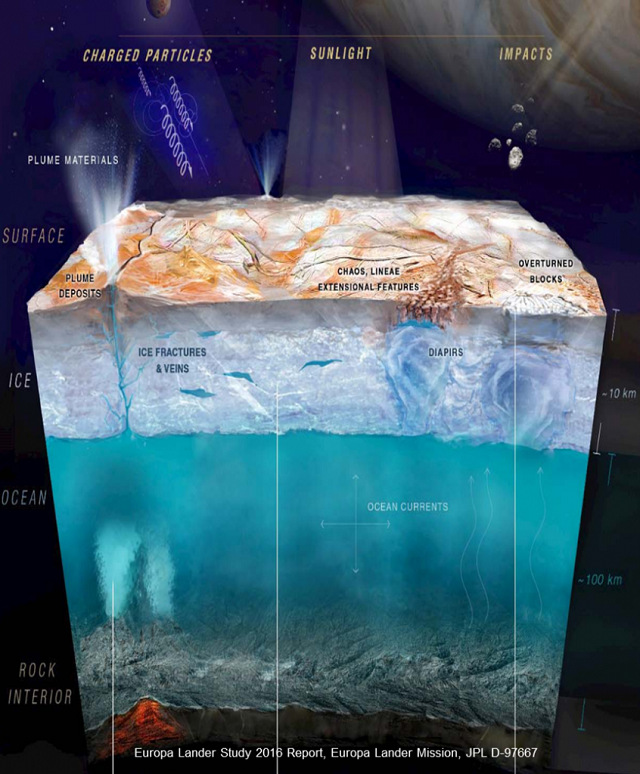 “We don’t really know how to manage this yet, but it’s likely we will have to drop transmission pucks every 100 meters to carry signals from the rover up to a surface base station, before the information is beamed back to Earth via satellite.”

The rover has already been tested in the Arctic and Alaska, but this will be it’s first Antarctic trial.

A team of four will spend three weeks at Australia’s Casey research station, testing the robotic systems under the sea-ice. “We will trial the endurance of the rover, particularly how long the batteries can last in extreme field conditions and how it handles a variety of terrain,” Klesh said.

NASA plans to launch the Europa Clipper mission in 2025, and the spacecraft is expected to take several years to reach its destination. Once there, it will take orbital measurements of the moon’s surface, to help identify landing sites and understand the global ice dynamics and composition.